Israel’s iconic Independence Day air shows were canceled. The government determined that the annual spectacle would present too much of a temptation for Israelis to violate coronavirus restrictions and gather in public venues.

The Israel Air Force (IAF) decided instead to honor the nation’s healthcare workers with flyovers of major hospitals across the country. 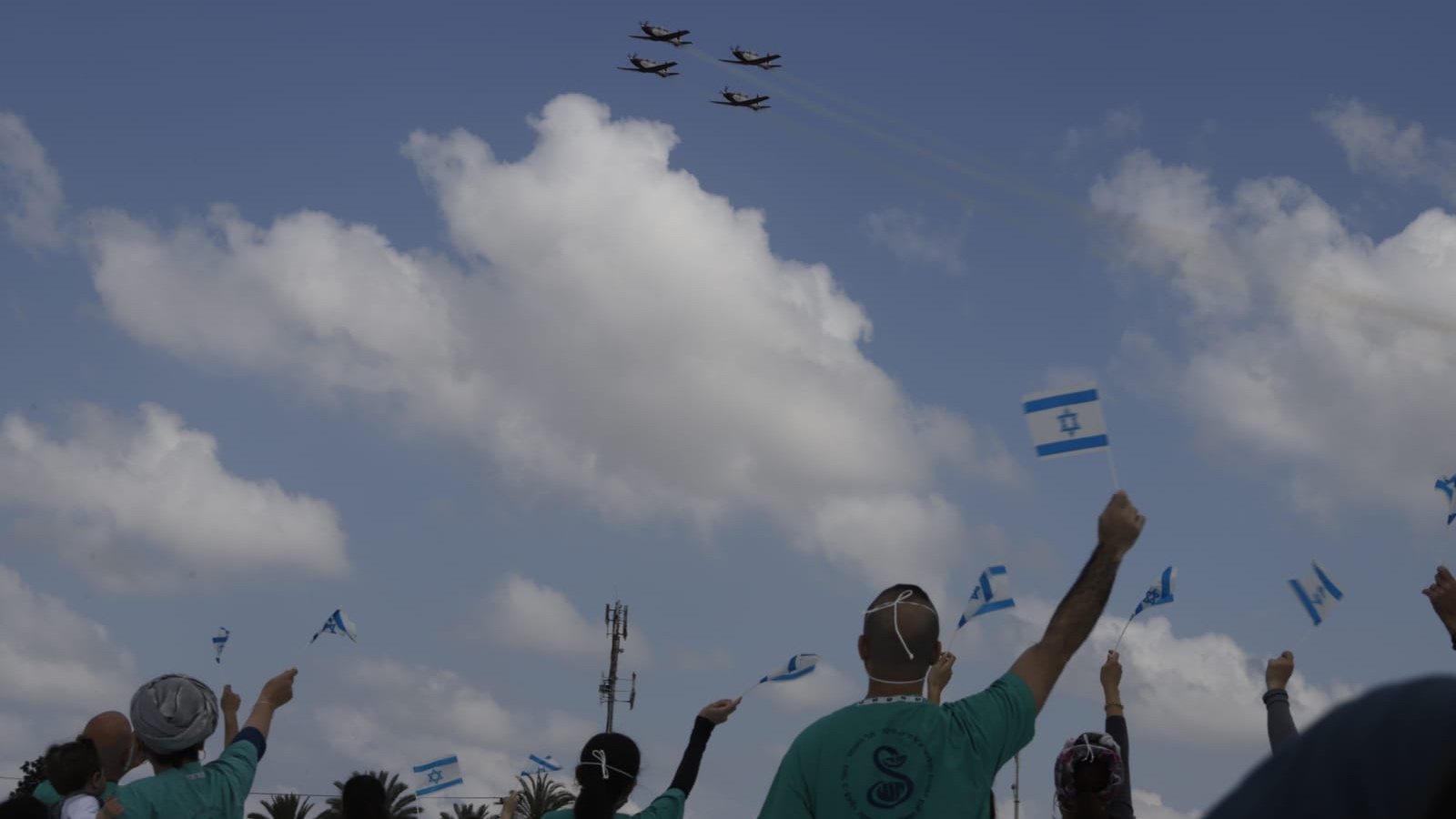 Last week, Maj.-Gen. Amikam Norkin, the current commander of the IAF, published a video clip noting that under usual circumstances, his forces are on the frontlines of the crises faced by Israel.

In the battle against COVID-19, however, it’s the nation’s doctors, nurses and medics who are the frontline troops, and Gen. Norkin felt it was important to honor them just as the nation honors his soldiers in times of war. 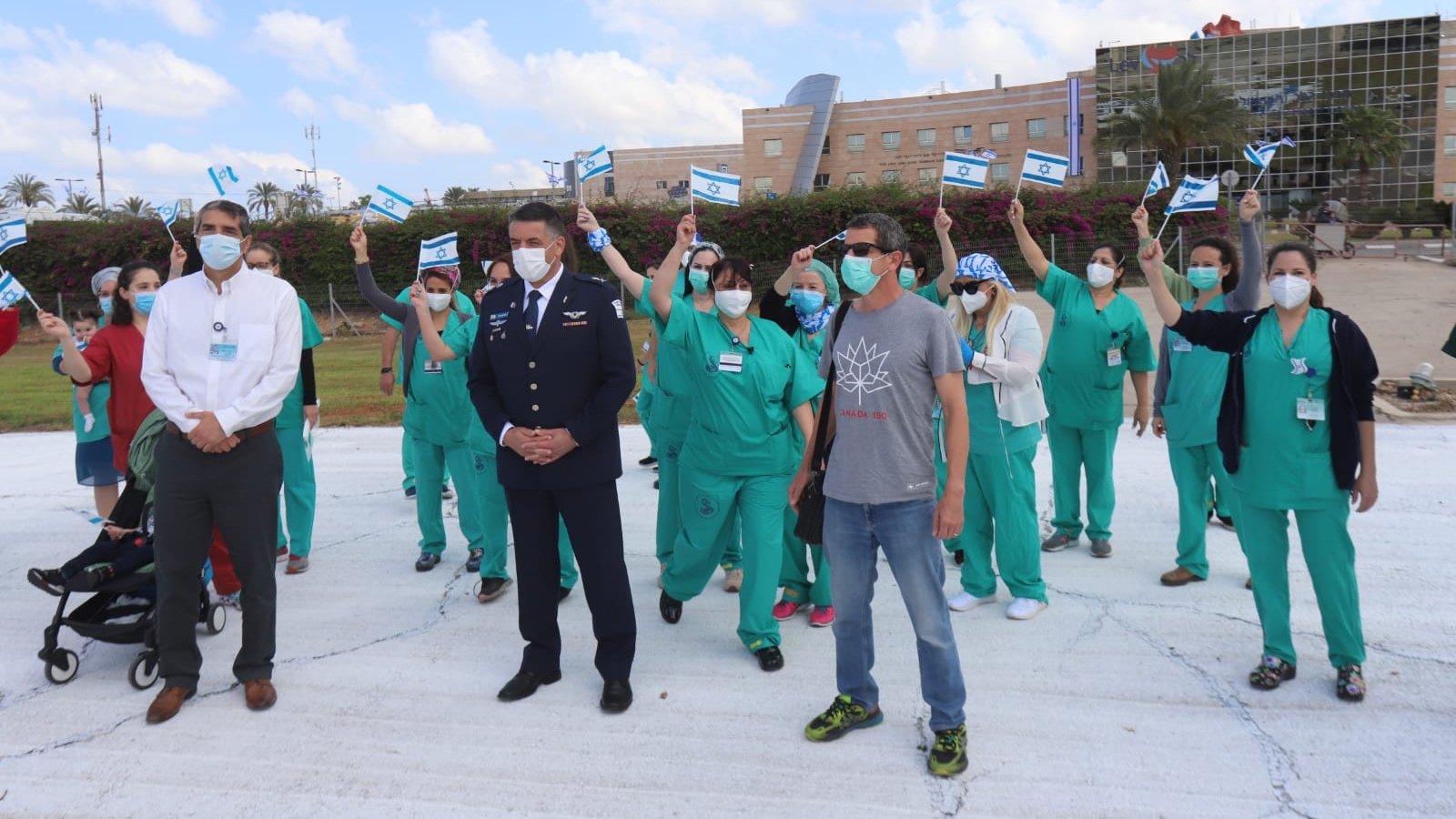 Maj.-Gen. Amikam Norkin with the staff of Tel Hashomer Hospital as his pilots fly overhead.

Below are additional photos of Independence Day celebrations in Israel in the shadow of the coronavirus. As you can see, even a global pandemic can’t dampen the spirits of the indomitable Israelis. 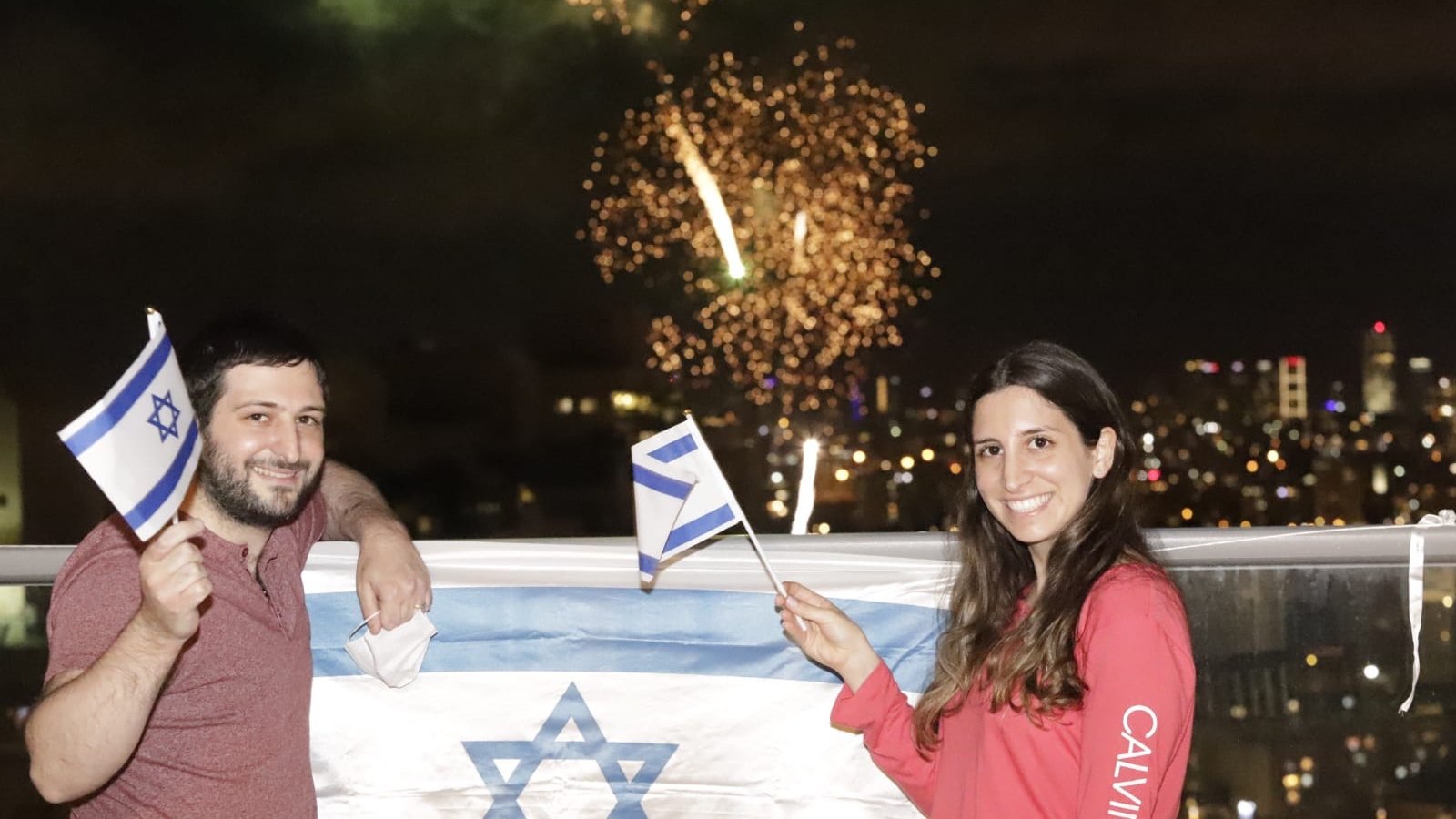 An Israeli couple enjoys a fireworks display near Tel Aviv from their balcony. 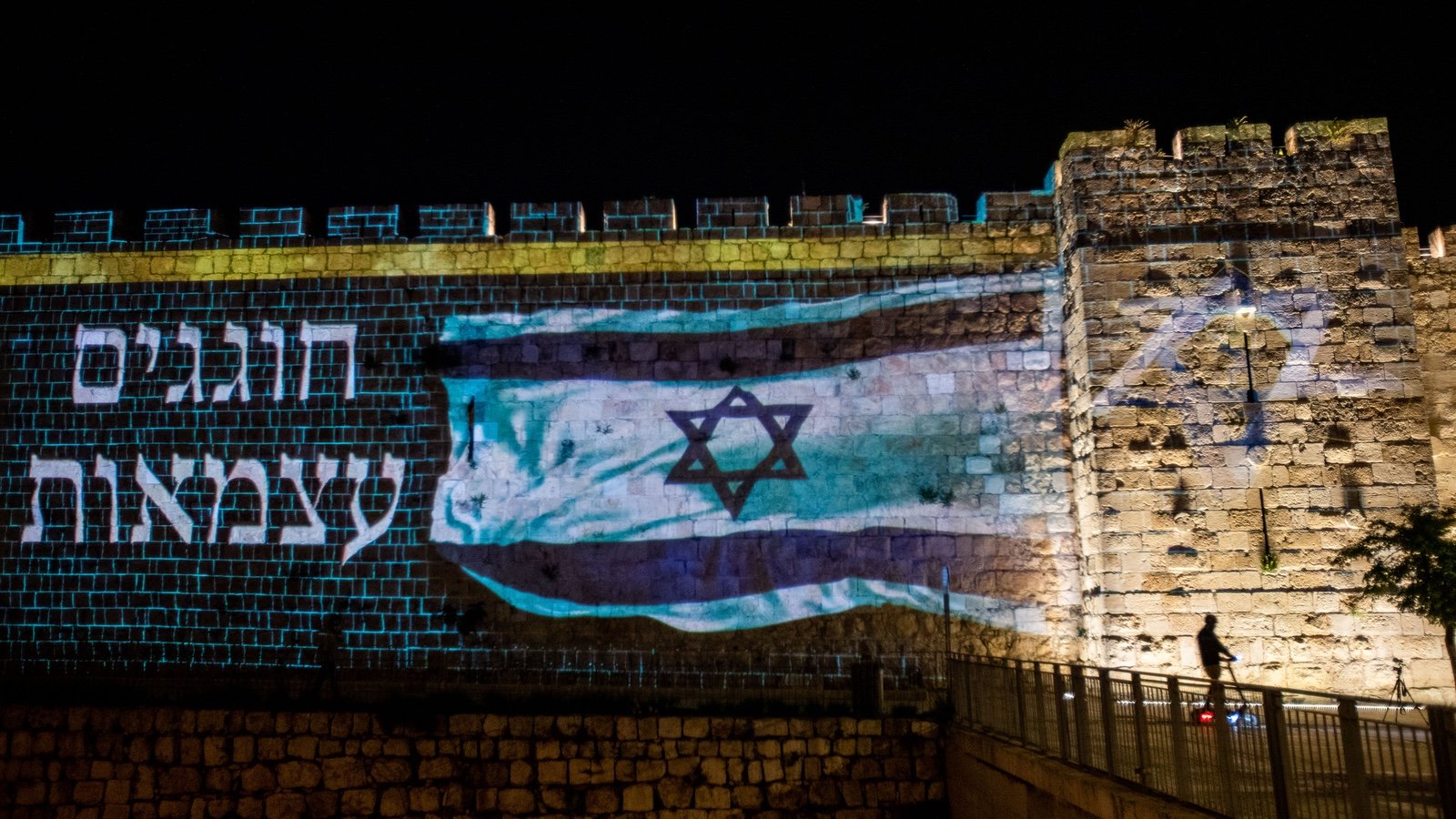 The Old City walls of Jerusalem are lit up with the words “Celebrating Independence.” 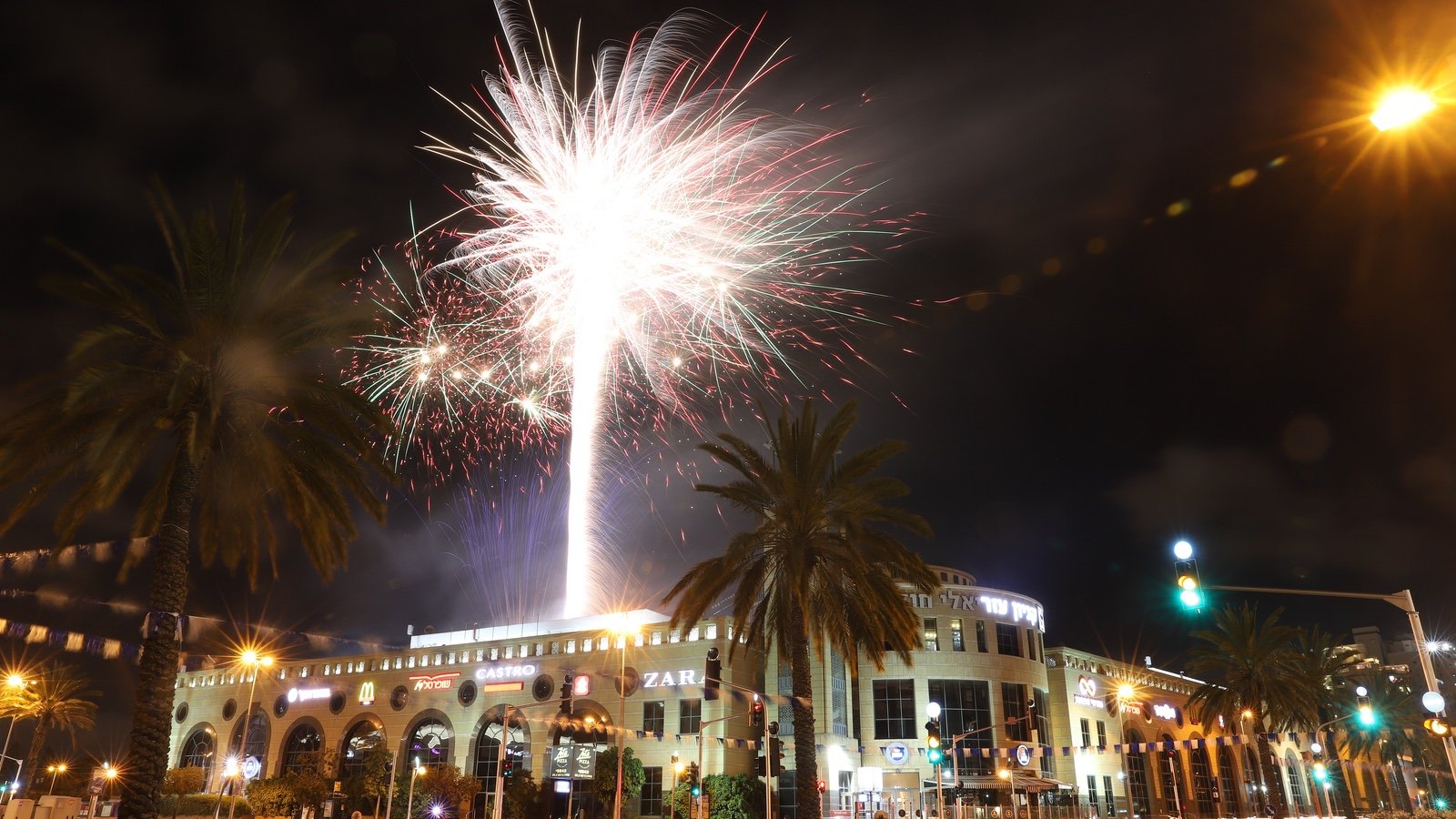 The streets were uncharacteristically empty, but that doesn’t mean Israelis weren’t celebrating. 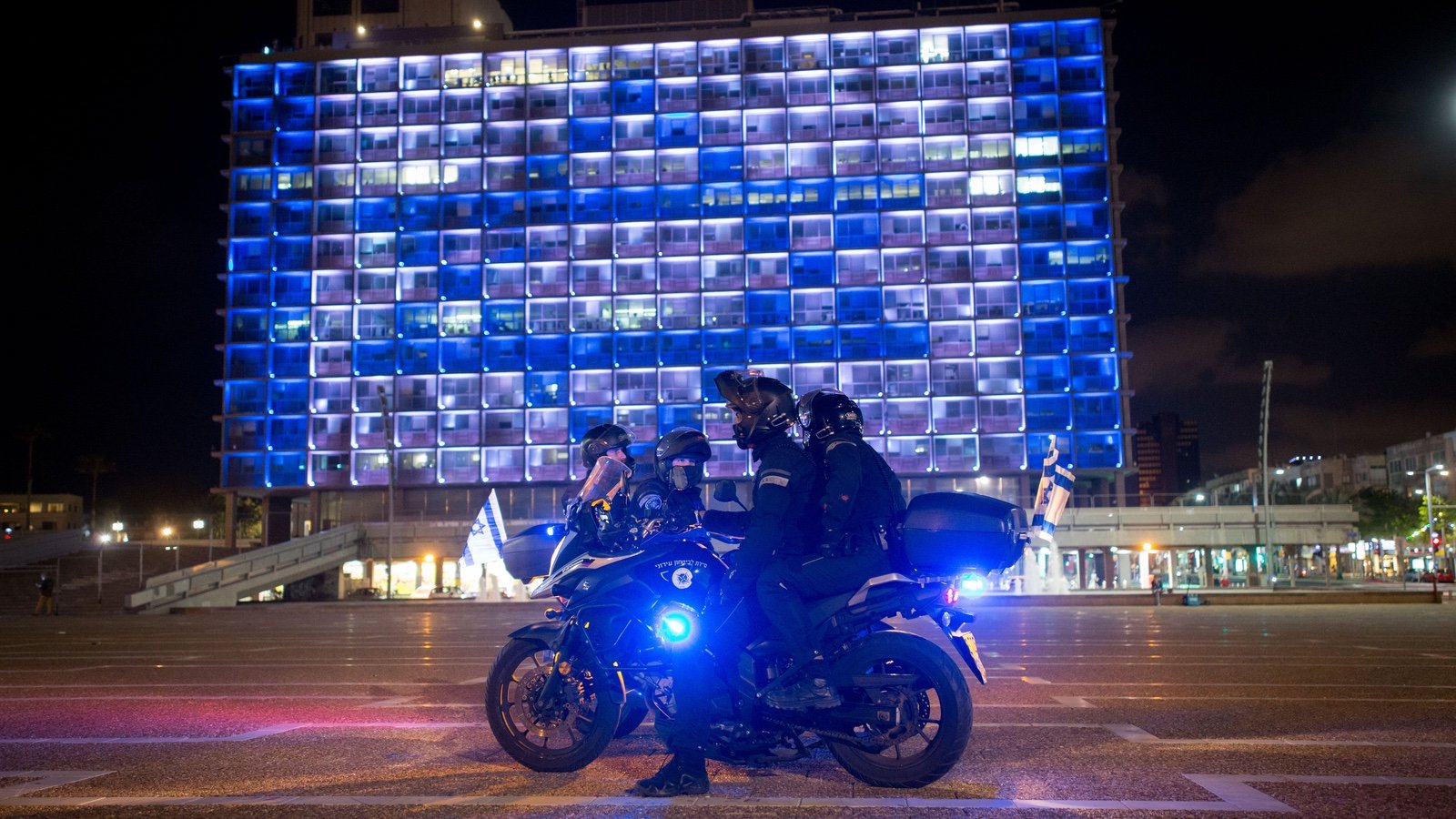 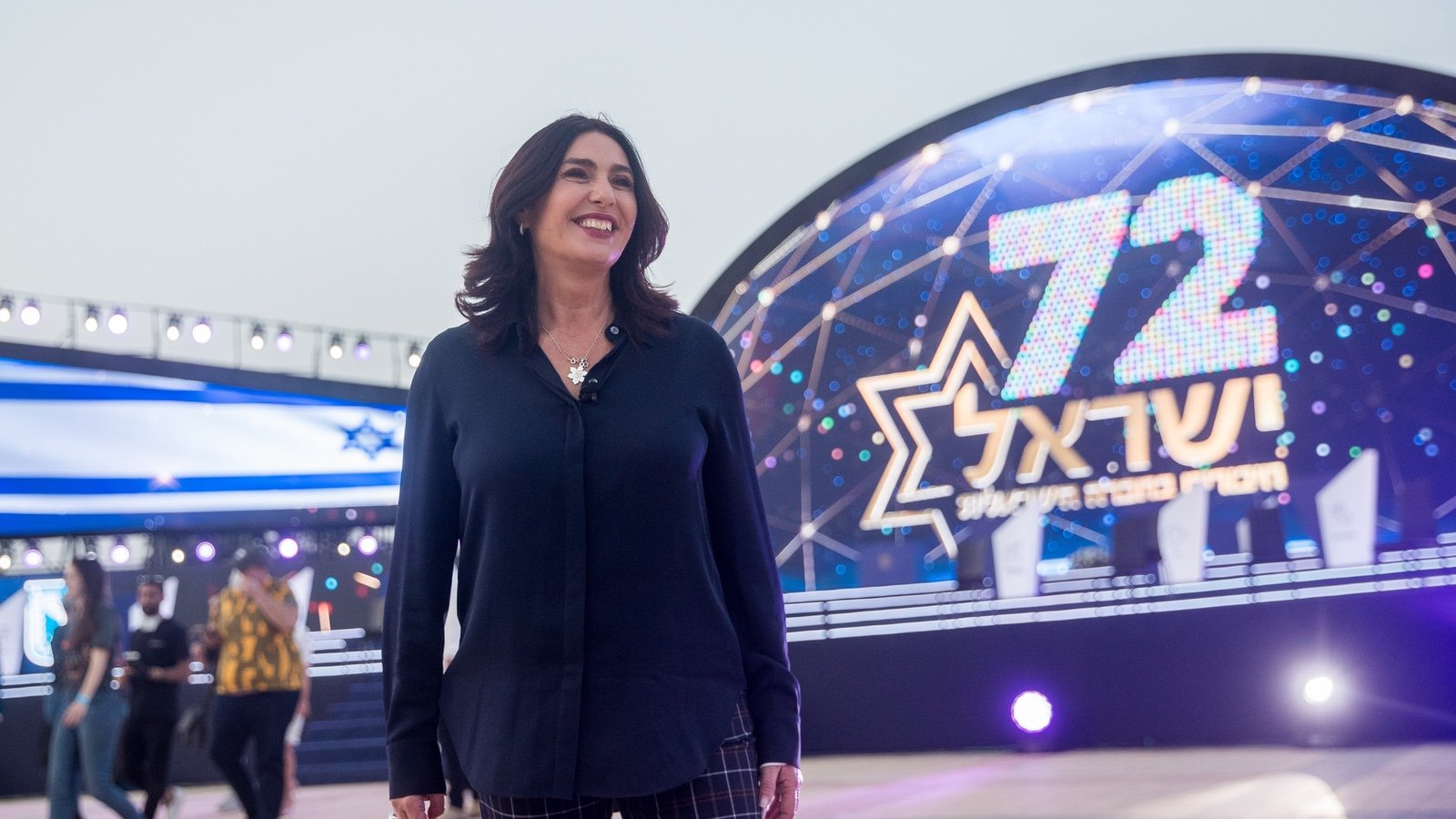 Culture Minister Miri Regev preparing for the main Independence Day event, which this year was performed before an empty stadium, but was streamed live to Israelis trapped in their homes.

Daily news FREE to your inbox

A Former Muslim’s Journey of Faith