Turkey is becoming more hostile to Israel by the day, meddling in internal Israeli matters such as the situation in Jerusalem and Israeli politics in the Jewish communities in Judea and Samaria.

This development can be attributed to Turkey’s hot-headed leader of President Recep Tayyip Erdogan, the man who has now held power in Turkey for more than 17 years.

Last week, during a session of the Turkish parliament, Erdogan called Jerusalem “our city” and claimed that the Palestinian Arabs had lived in “Palestine” for “thousands of years.”

By “our city,” Erdogan meant that Jerusalem should actually be part of Turkey because the Turks occupied what is now Israel during the 400 years that the Ottoman Empire existed. It was new clear evidence that Erdogan is dreaming about, but also actively working on the resurrection of the Ottoman Empire.

“In this city that we had to leave in tears during the First World War, it is still possible to come across traces of the Ottoman resistance. So Jerusalem is our city, a city from us,” said Erdogan.

The Turkish leader also stressed that Turkish Muslims pray in the first place in the direction of the Al-Aqsa Mosque and the Dome of the Rock in Jerusalem and only then towards Mecca and Medina in Saudi Arabia. 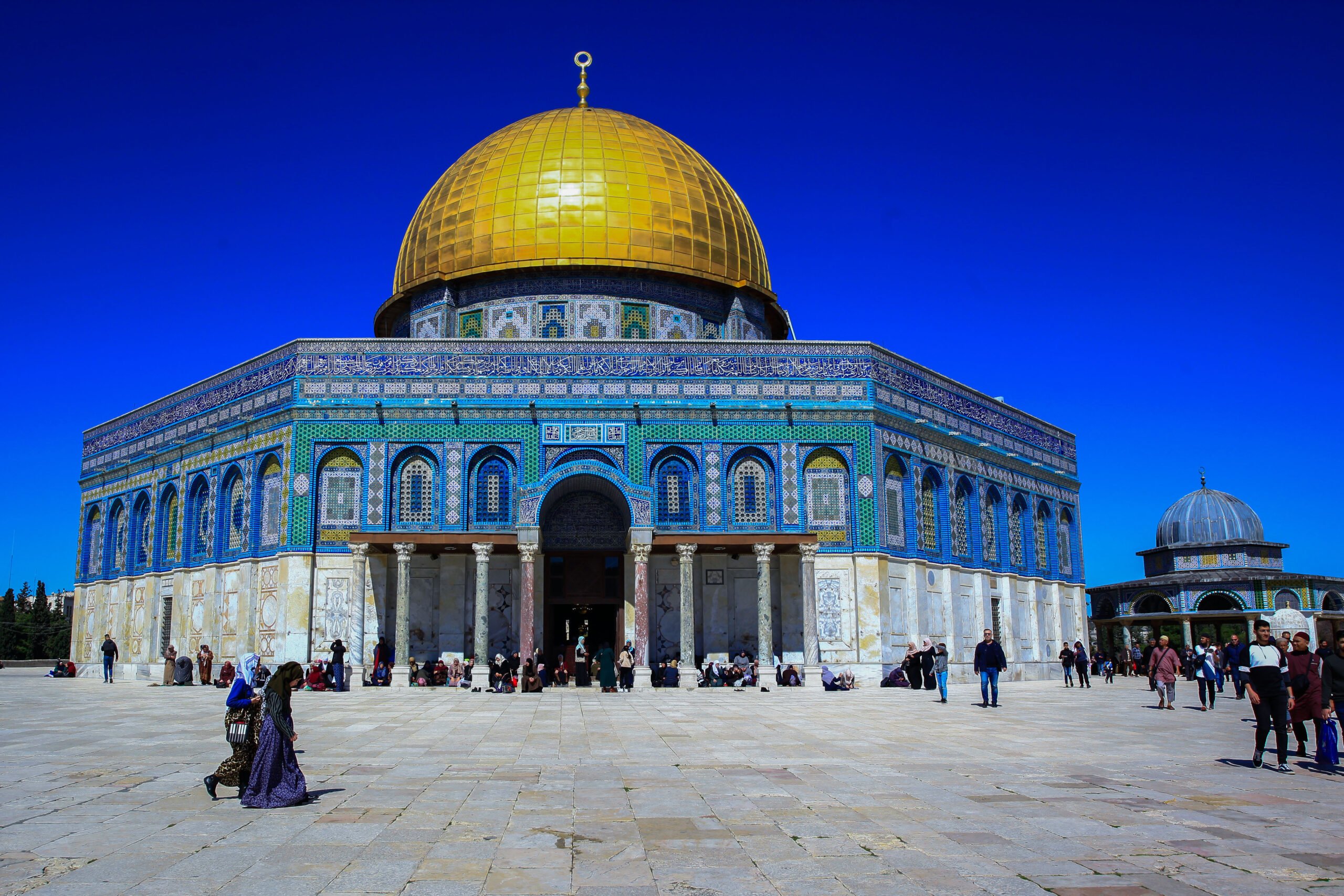 Dome of the Rock

“Our first qibla (direction of prayer in Islam) is Al-Aqsa and the Dome of the Rock. They are the symbolic mosques of our faith,” said Erdogan, who admitted that there are also holy places for Christianity and Judaism in Jerusalem.

“Another crisis that our country and our nation carefully follow is the oppression of Israel against the Palestinians and the indifferent practices that disregard the privacy of Jerusalem,” Erdogan said at the end of his speech.

“We see it as an honor as a country and nation to express the rights of the oppressed Palestinian people, with whom we have lived for centuries, on every platform,” Erdogan said, addressing the Palestinian cause.

“He called the Palestinian national cause “the bleeding wound of global conscience, and the Jerusalem case to the end.”

He further referred to the fact that the Ottoman Sultan Suleiman built the current walls around the Old City of Jerusalem as well as other buildings in the city, which he said was a sign that the Turks held the city in high esteem.

The Israeli government was silent on Erdogan’s incendiary speech, apparently in order not to further escalate tensions with Turkey.

Under Erdogan’s regime in Turkey, relations with Israel have deteriorated dramatically and one can now only speak of trade relations. Many of the goods sold in Israel come from Turkey, while Israelis visited Turkey in hordes before the Corona crisis to have a vacation.

The Turkish dictator has actively tried to increase Turkish influence over the Arabs living in Jerusalem and is spending large sums of money to support Islamist organizations in the city that are radicalizing the Arabs.

Erdogan is also trying to gain more Turkish influence in the Wakf, the Islamic custodian that runs daily affairs in the mosques on the Temple Mount, something that has so far failed because Jordan is vehemently opposed to it.

On Monday, there was another incident with the Turks when the Turkish Ministry of Foreign Affairs strongly condemned Israeli policies towards the Jewish communities in Judea and Samaria.

This happened after Prime Minister Benjamin Netanyahu of Israel approved the construction of 5,400 new homes in the Jewish villages and towns in Judea and Samaria.

Turkey’s Foreign Ministry issued a statement claiming Israel has not abandoned its plan to “annex” areas in Judea and Samaria.

The construction in the “illegal settlements indicates again Israel’s disregard for international law and UN resolutions,” the statement said emphasizing that Turkey will continue to stand up for the Palestinian Arabs and defend their interests.

Erdogan’s support for the Palestinian Arabs includes extensive aid to Hamas and allowing the terrorist group to use Turkish territory for a variety of terrorist-related activities. Some Hamas members live in Turkey and received Turkish passports.

Israel and Turkey negotiated a reconciliation agreement in 2016 after the breakdown of diplomatic relations in 2010 when the Turkish ship Mavi Marmara attempted to break Israel’s legal naval blockade of Gaza.

The Israeli Navy prevented that attempt by boarding the ship via helicopters after which Israeli marines were attacked with iron bars and knives by Turkish radicals of the Islamist organization IHH a group affiliated with Erdogan’s AKP party.

In the ensuing skirmishes, 9 Turks were killed and 10 Israeli marines were wounded, one seriously.

The reconciliation between Turkey and Israel came about during a visit by then US President Barack Obama who exerted intensely pressure on Israeli Prime Minister Benyamin Netanyahu and who was known for his anti-Israel stance.

Israeli Defense Minister Benny Gantz finally responded to Erdogan’s belligerent politics on Sunday, but did so in general terms.

Gantz said during a Zoom conference with reporters from the Gulf States that Turkey has become a “destabilizing power” in the Middle East and gave as an example Turkey’s intervention in the Libyan civil war as well as the intervention in northern Syria where Turkey has already invaded twice and supports Islamist rebels who commit war crimes.

Gantz also spoke about Turkey’s support for Hamas, saying that Turkey’s NATO membership was a problem that should be resolved by the international community.

“We must take all the options that we have in our hands and try to influence it through international pressure to make sure that they are pulling their hands from direct terrorism,” the Israeli minister said about Turkey.