The Fight Against Reform Judaism Continues

Most Orthodox Rabbis view Reform Judaism as a foreign religion, and are in an uproar over recent rapprochements

As The Dayton Jewish Observer revealed recently, “Bark Mitzvah,” that is, Bar Mitzvah for dogs, is no joke. It is as serious as the “obituaries,” right next to which it was placed. Marginal as it may be, not a few Reform Jews (RJ) are doing Bar Mitzvah for their pets, enough to merit serious discussions in the respected Jewish publication Forward.

Bark Mitzvah is completely out of the experience of Israelis, who see such things as bolstering the argument that Reform Judaism is turning Judaism into a joke. But Reform Judaism is no joke, which is precisely the problem. Statistically, about 40% of American Jews identify themselves as RJs. On the other hand, the Israeli branch of RJ, which goes by the name of The Movement for Progressive Judaism, is marginal at best. 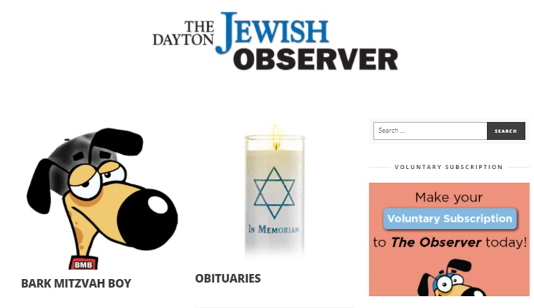 Bar Mitzvah’s for pets are for Orthodox Jews just one more proof that Reform Judaism is an alien religion.

There are many differences between, for lack of better term, “Traditional Judaism” and Reform Judaism. The most important one is RJ’s disregard for assimilation. It also seems to me that the concept of Tikkun Olam (amending the world) that’s held by RJs has become synonymous with bringing Judaism up to speed with the latest progressive trends. Reform Judaism, for example, has gone from accepting same-sex relationships to fully legitimizing it. The intent of the biblical commandments regarding sexual relationships, says the RJ website, is to prevent promiscuity, and nothing more. And regarding the place of the Land of Israel, RJ is today no longer committed to the prophetic hope of Israel’s ingathering. In his 2017 inaugural speech, the new head of the Union for Reform Judaism, Rabbi Rick Jacobs, said that “Diaspora implies a center and a periphery. Let us use the term ‘world Jewry’ instead. Today, there is more than one center of Jewish life.”

These differences, argue leading Israeli rabbis, amount to the creation of a whole new alien religion that is attempting to replace Judaism. This viewpoint explains why the same rabbis are less concerned by secular Jews, who do not aspire to introduce a new religion.

The most recent clash concerning Reform Judaism followed a Zoom meeting earlier this month that featured Rabbi Eliezer Melamed and a female Reform rabbi from France (only in Reform Judaism can women be rabbis). Rabbi Melamed was criticized for even appearing with the female rabbi, but responded that while one must protest against RJ, one must nevertheless show love toward any Jew.

One’s attitude toward RJ, as toward any Jewish sinner, says the Rabbi, lies in the gap between two conflicting commandments, “you shall not hate any of your kindred in your heart” and “reprove your neighbor openly” (Leviticus 19:17). This gap, he insists, must be filled with love and fraternity, not rejection and hate. Differences, as profound as they may be, therefore, should not result in boycotting the Reform Jews. With all the criticism he has for RJs, the rabbi argues that there simply isn’t sufficient evidence to excommunicate them. After all, he stresses, there is evidence that RJs encourage Jewish identity, at least enough to withdraw the notion of boycott. Meeting publicly with Reform Jews, therefore, is not conveying a message of acceptance. Instead it simply shows that Orthodox rabbis are reasonable people, that prefer to give one the benefit of the doubt. 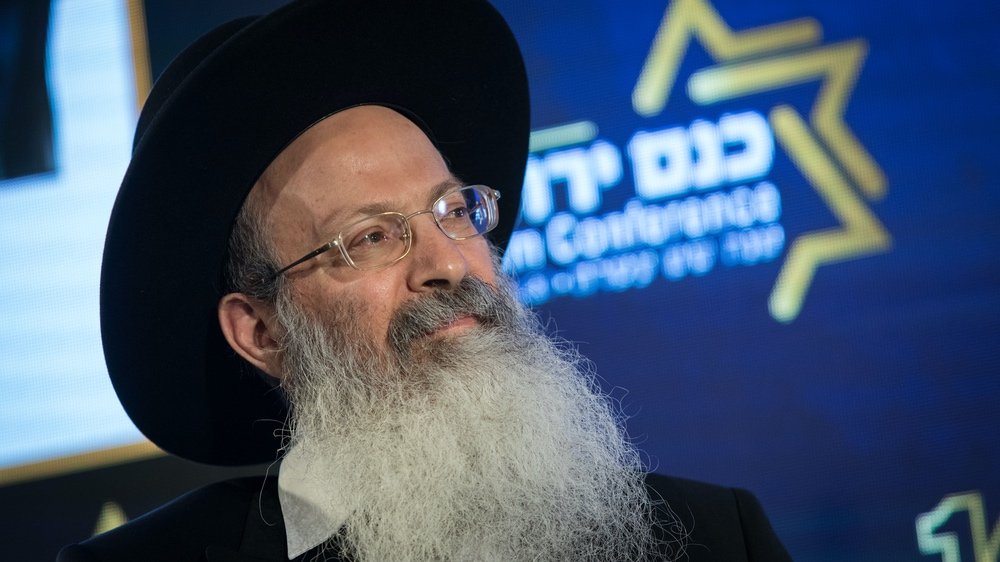 Rabbi Melamed at a 2019 conference in Jerusalem.

This virtual meeting between Rabbi Melamed and the female RJ rabbi wasn’t his first encounter of this kind. His meeting with RJs three months ago also triggered an angry response from Sephardic Chief Rabbi Yitzhak Yosef, son of the highly-revered late Rabbi Ovadia Yosef. In a letter written three months ago but published only a week ago, Rabbi Yosef says that RJs are “seeking to uproot religion and stick their claws in our holy land.”

Rabbi Yosef’s argument against such meetings is based on previous generations of leading rabbis who prohibited any dialogue with Reform Judaism. The reason for this prohibition, says R. Yosef, is that “the Reforms have counterfeited our Torah, they have their own Torah … they have caused myriad of Jews in the US and Argentina to assimilate … and have ruined every good plan among the people of Israel.” Rabbis who show disregard for the rulings of great rabbis, says Israel’s Chief Rabbi, should be banished. Unfortunately for R. Yosef, however, there was someone who reminded him that decades ago his father met with Reform Jews.

Even so, the Chief Rabbi was not alone in condemning R. Melamed. What was probably more hurtful for R. Melamed, who lives in the settlement of Har Bracha overlooking the city of Shechem (Nablus), was a letter signed by rabbis considered to be the spiritual leaders of National Religious Zionism. Among them are rabbis Dov Lior, Tsvi Tau, and Shmuel Eliyahu, to mention a few.

In the letter, they lament the fact that the fence erected by Israel’s greatest rabbis is been breached by those who choose to ignore their opinions and rulings against any hint of accepting Reform Judaism. Meeting with them, the letter says, amounts to profaning the name of God.

And as happens in cases of sharp differences of opinion, both sides are raising good and valid arguments for and against RJ. But the bottom line, and this is the impression I get, is that Israelis who do care about such issues resent the attempts of some Israeli Reform Jews to impose their practices through the Supreme Court, as has happened for instance in the RJ’s demand that a special space be allocated for this at the Western Wall. At the same time, the same people would seem to resent the notion of boycotting fellow Jews, which is to say that most Israelis would probably agree with R. Melamed, who rejects RJ without rejecting the people associated with this brand of Judaism.