It’s Passover, and after the long months of hardship, Israelis are celebrating this year with gusto. Children especially are getting their money’s worth. National parks and zoos are overcrowded and the best thing is: the weather has been playing along. 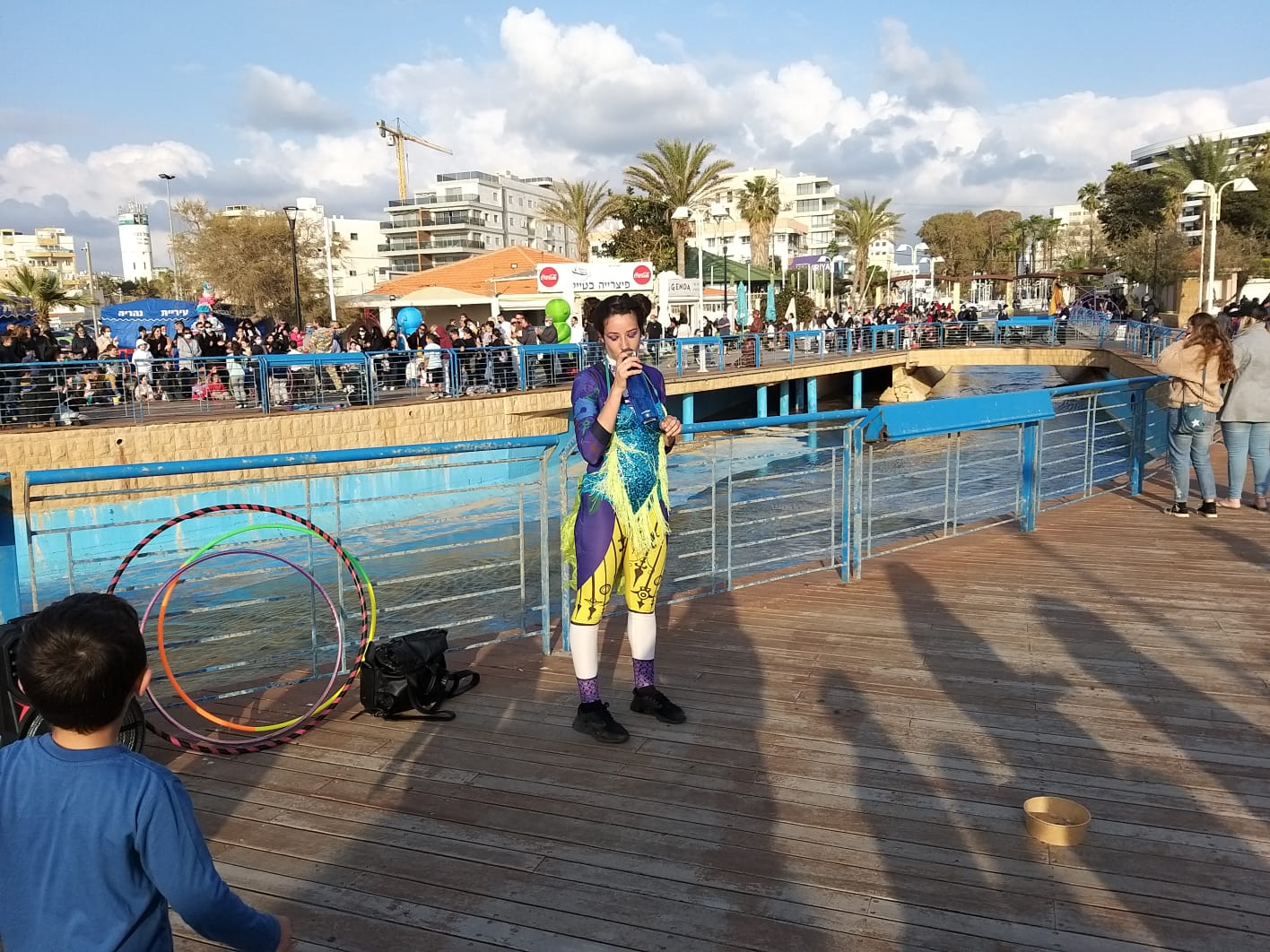 In Nahariya there was a happening for the whole family

Several cities and municipalities in the country are offering residents free attractions and activities. In Haifa, Bank Hapoalim is doing right by its customers by offering one free ticket per day per person to museums in the city, of which there are, as is well known, many. Imagine how much you save in entrance fees!

Not wanting to miss out on the fun, and the regained freedom, we made our way to Nahariya, a city by the sea just 10 kilometers from the Lebanese border. It was founded in 1934 by Jewish immigrants from Germany and is a twin city of Offenbach. Passover, also known as the Spring Festival, is celebrated there with much public entertainment for residents and visitors, alike. 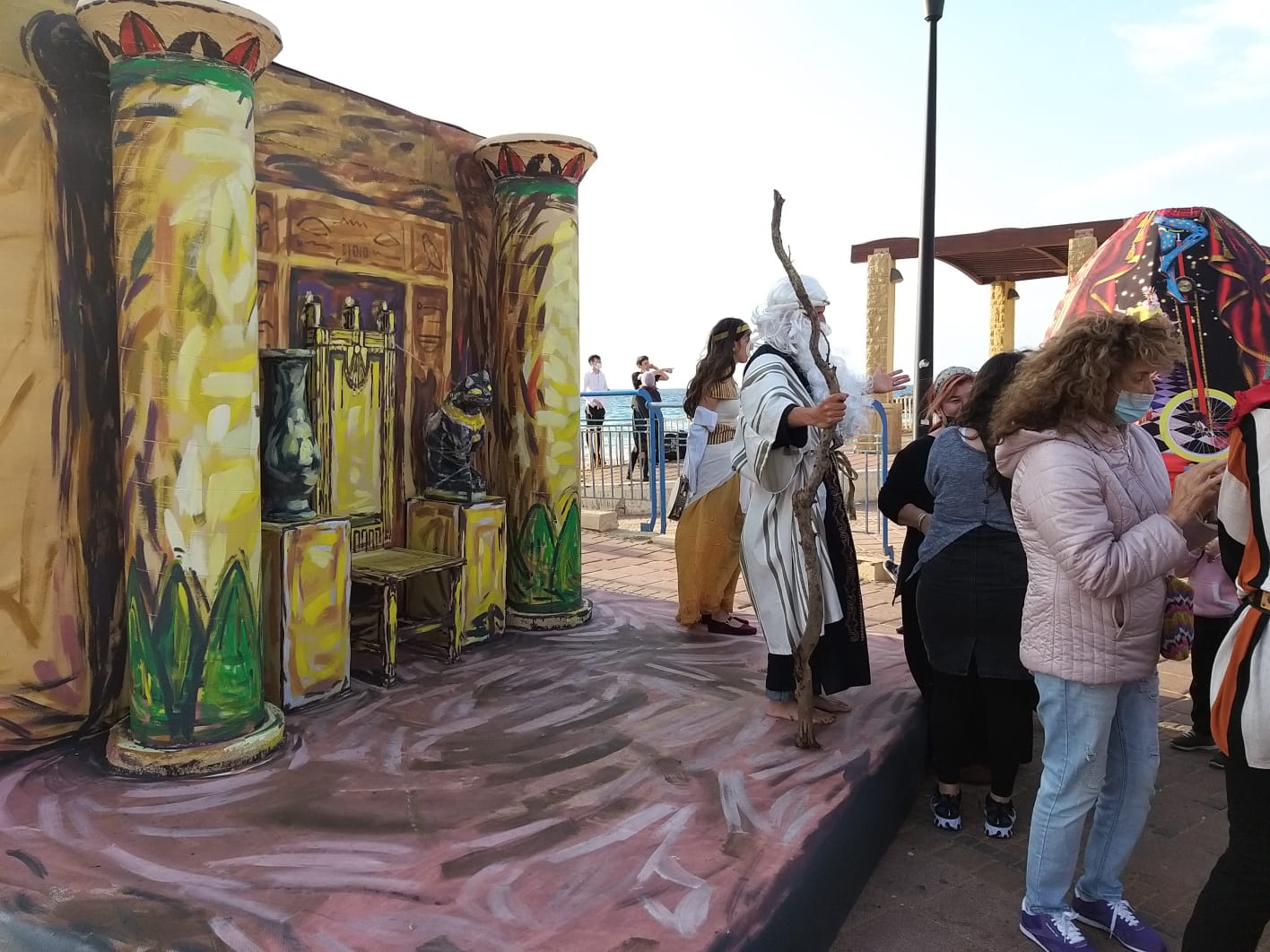 Even Moses was there

There were jugglers, showmen and brass bands with music and lots of soap bubbles, not only for the children, but also for the adults. The waterfront promenade is a wonderful place to sit and have a coffee. It is such a pleasure that these places are once again open. 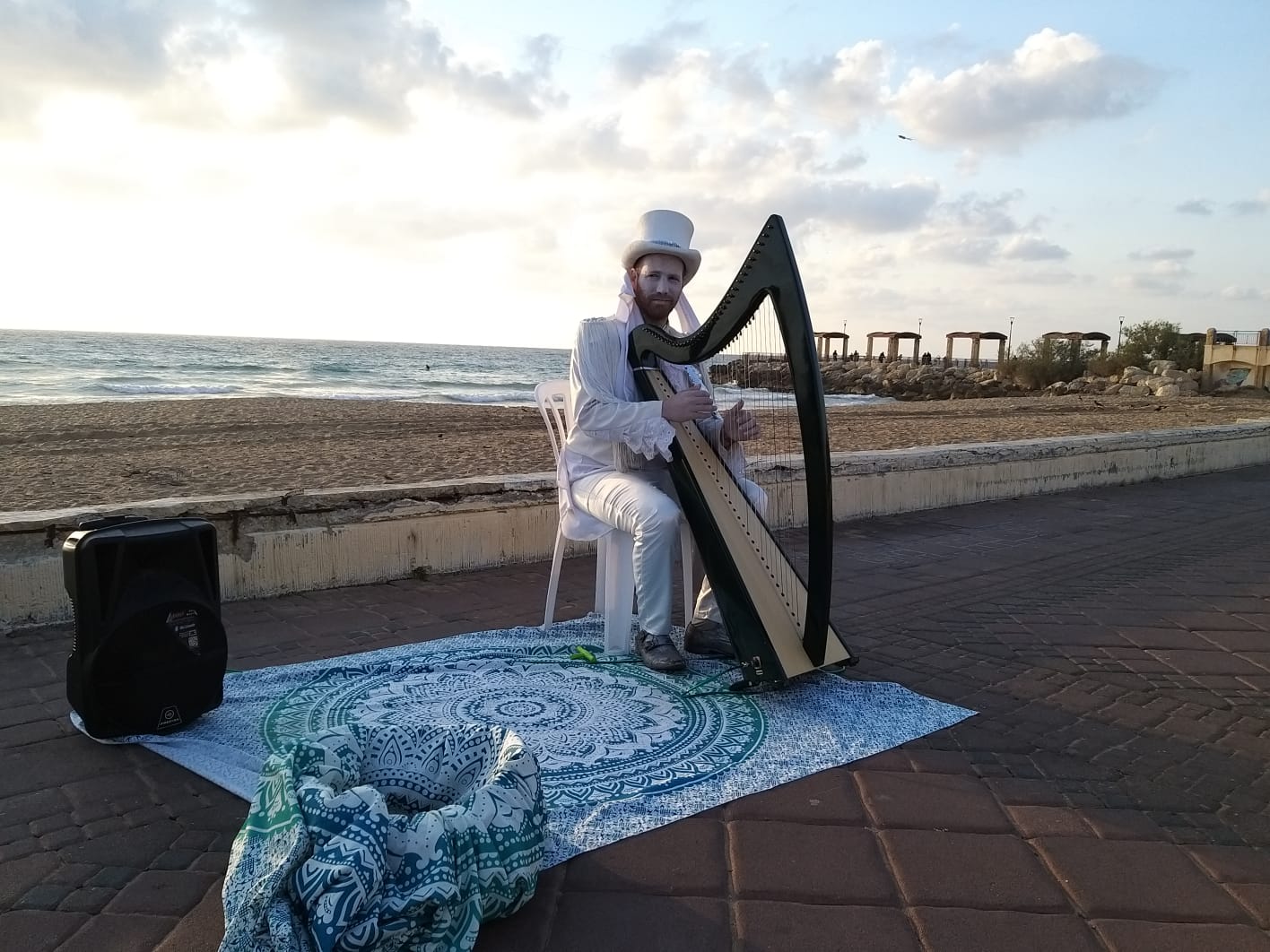 On the beach of Nahariya

The weather was more than pleasant, but a bit cooler than we are used to at this time. But that may also be due to the fact that the Passover festival started particularly early this year. Tomorrow winter will be making a short comeback.