Lost amidst the American presidential debate, a second wave of coronavirus and Mideast peace moves is the fact that Armenia and Azerbaijan are on the cusp of all-out war.

Most might think, “Who cares?” But the reality is that full-scale war between these two tiny nations could easily and quickly draw in regional and global powers, resulting in a much, much larger conflagration.

Like most of the conflicts around here, this one’s been going on a very long time.

Armenia is a Christian nation. In fact, it was one of the very first to adopt Christianity as a people. Azerbaijan is a Muslim country. The Azeris are a large people group who also make up a significant portion of Iran’s population and are related to the Turks, at least by language.

It is no secret that Muslims don’t like Christians, and Turks (and most other Turkic peoples) don’t like Armenians. If these differences weren’t enough, these two nations in their modern borders have for decades disputed the way that the former USSR decided to carve up and demarcate the region.

In particular, within the borders of Azerbaijan lies a large area with a predominantly Armenian population. Nagorno-Karabakh was the focus of a war between the two countries from 1988-1994, and numerous clashes since then, including the one that erupted this week. 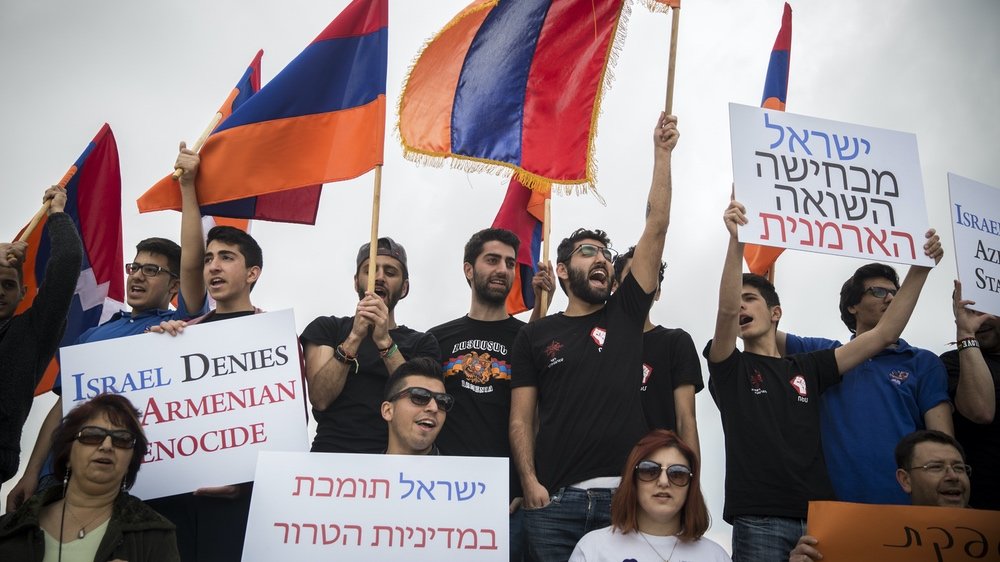 Israel has faced criticism, both at home and abroad, for failing to recognize the Armenian Genocide by the Turks (which Azerbaijani forces participated in) even while pushing hard for Holocaust remembrance.

But folks are going to start caring a whole lot if full-scale war breaks out and the various regional and world powers sponsoring these two countries decide to enter the fray.

And there are some definite oddities in the lists of allies Armenia and Azerbaijan might call upon.

On Armenia’s side are Russia (no surprise there) and, according to many experts, Iran, which is surprising considering that not only is Azerbaijan a fellow Muslim country, it is one of the very few Muslim countries that is predominantly Shia, like Iran.

The first and most obvious reason for Iran siding with Armenia are Tehran’s political ties to Moscow.

But no less significant are the internal political problems Iran has with its large Azeri population. Between 15-20 million of Iran’s 80 million inhabitants are Azeri Turks (as they are referred to by other Iranians). Azeris dominate the northern regions of Iran, and many believe they should be attached to Azerbaijan and break away from the Islamic Republic.

There’s also the fact that the Armenians and Persians have ancient cultural ties and trade relations going back long before the Muslim conquest. 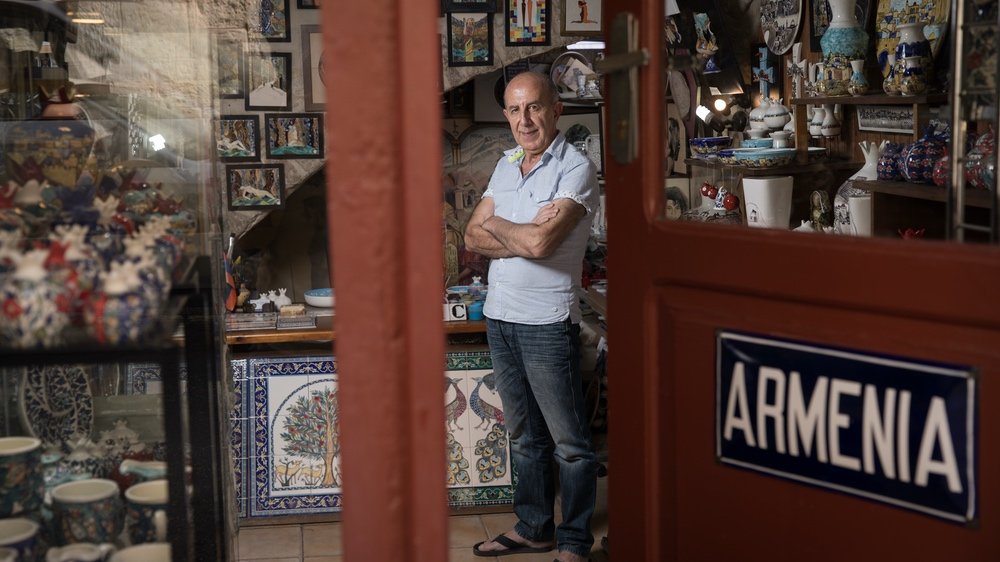 Jerusalem is home to an ancient and vibrant Armenian community centered on the Old City’s Armenian Quarter. Even so, the Jewish state has never had particularly close ties with Armenia.

In Azerbaijan’s corner we find Turkey (again, no surprise given that Azeris are a Turkic people and that Turkey hates Armenia) and, at least tacitly, Israel!

Now, Israel has not really “taken sides” in this conflict. But, it cannot be denied that the Jewish state has much warmer relations with Azerbaijan than it does with Armenia. Much of that has to do with Azerbaijan’s tensions with Iran, and Israel’s willingness to provide the smaller Muslim nation with advanced defense technology. Azerbaijan is also home to a small but flourishing Jewish community.

A source with behind-the-scenes knowledge of the situation told Israel’s Maariv newspaper that the leadership of Azerbaijan is seriously considering upgrading relations with the Jewish state.

Could Azerbaijan be the next Muslim nation (and the first with a Shiite leadership) to fully normalize relations with the Jewish state, and perhaps even establish its embassy in Jerusalem? That’s a very real possibility if normalization with Israel came with a promise of more direct American support and involvement. Thus far, Washington has only vaguely called on both sides to deescalate the situation. 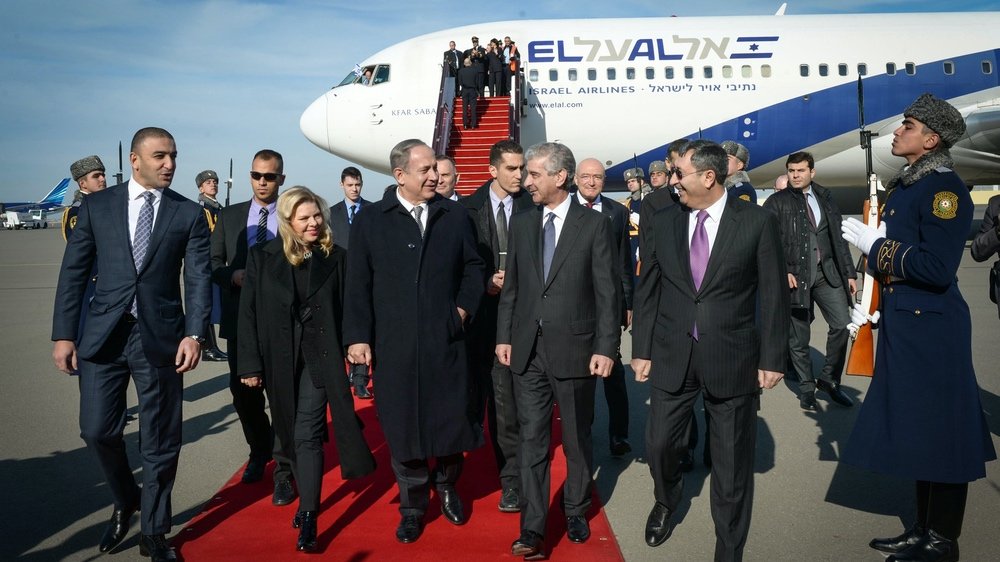 Netanyahu arrives in Baku in December 2016. Israel and Azerbaijan have enjoyed close economic and defense relations for many years.

Of course, if it comes to all out war, it’s hard to imagine Israel and Turkey on the same side of anything these days. Nor would Jerusalem want to find itself in direct conflict with Moscow given the Russians’ willingness to turn a blind eye to Israeli strikes on Iranian assets in Syria.

At the same time, if the war were to go in such a way that Iran looked poised to gain a strong upper hand against Azerbaijan, and thus advance its own scheme of regional hegemony, there’s a good chance Israel would intervene in some way.

But there are two far greater concern: 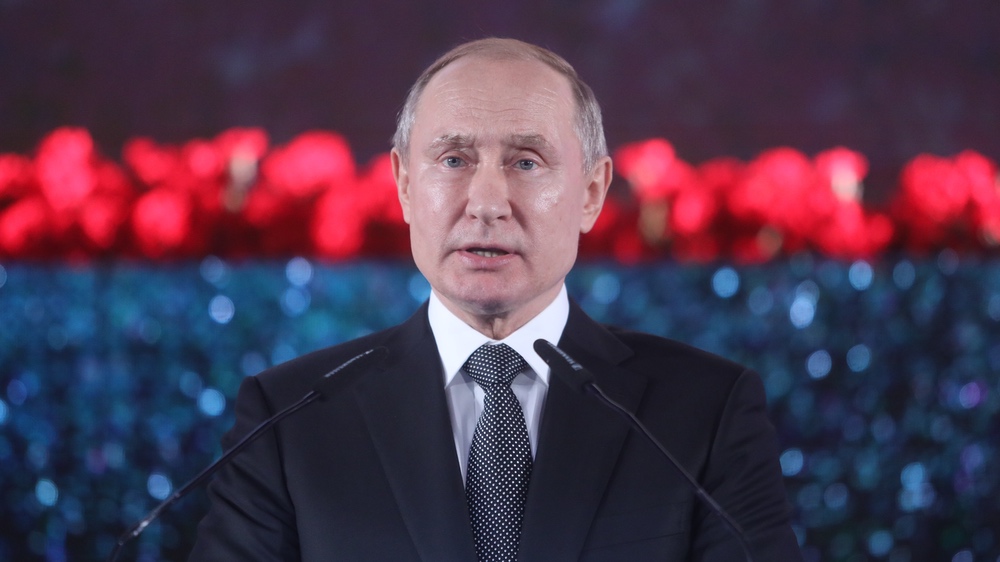 This man could take the Armenian-Azerbaijan conflict in a far more dangerous direction if he feels Russian interests are threatened.

Thus far, the fighting between Armenia and Azerbaijan has featured primarily drones and armed UAVs. And guess where Azerbaijan got many of its weapons? That’s right – Israel!

The defense ministries of both countries have been posting to social media video clips of their respective forces destroying those of the other.

Among the Israeli weapons featured in some of the clips posted by Azerbaijan have been Israeli-made attack and surveillance drones, anti-tank missiles and mobile air defense systems.

An #Israeli “Orbiter” drone belonging to #Azerbaijan was shot down by #Armenia. pic.twitter.com/sU4YyYO8lg

As Israel’s N12 News pointed out, this can be described as the first “drone war,” and the Jewish state’s role and involvement is undeniable.