A cardboard tank lead the spectacle as a student bearing Nazi symbols popped out saluting the onlookers with a “Heil Hitler.” The march prompted angry complaints, forcing the principal of Kuang Fu High School in Hsinchu City to resign.

The Israel Economic and Cultural Office in Taipei (ISECO) described the event as “deplorable and shocking.” The school apologized and has pledged to strengthen Holocaust awareness among the students by screening films such as Schindler’s List and Life Is Beautiful and inviting speakers from ISECO to address the pupils. 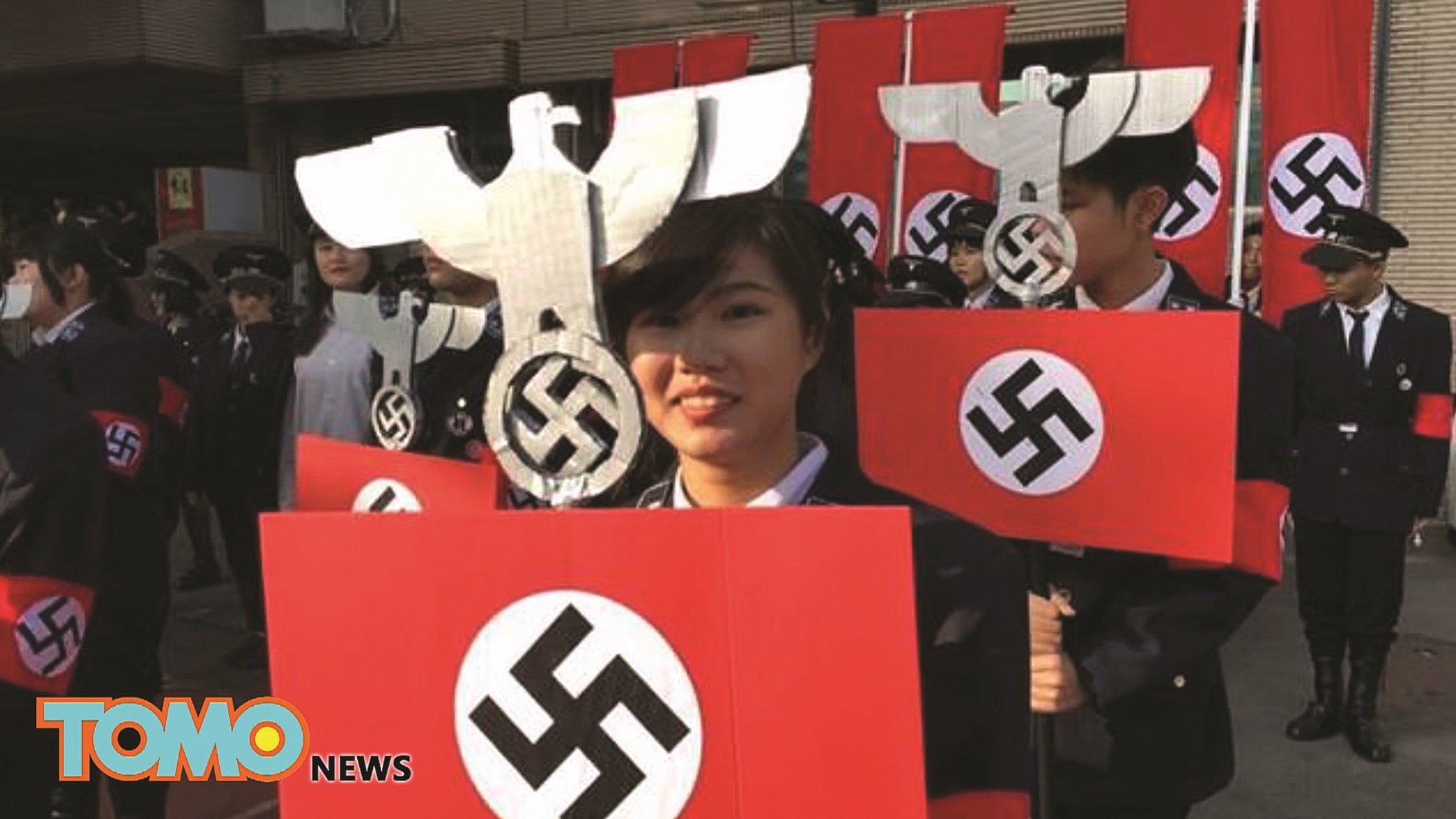