Sending the disciples to preach to “the lost sheep of the house of Israel,” Jesus wants them to travel light reminding us of the two spies going off into the Land, or the Israelites girding their loins ready to leave on Passover with utmost simplicity.

For this mission, his disciples were to carry no money, neither the gold nor silver minted by the imperial Roman government, and not even the copper coins of the local princes and cities.

Money was normally carried in a girdle (zona in Greek, translated here “purse”), as was usual in antiquity.  They were also not even to carry a pouch which was for food (pera in Greek, here translated “bag”). 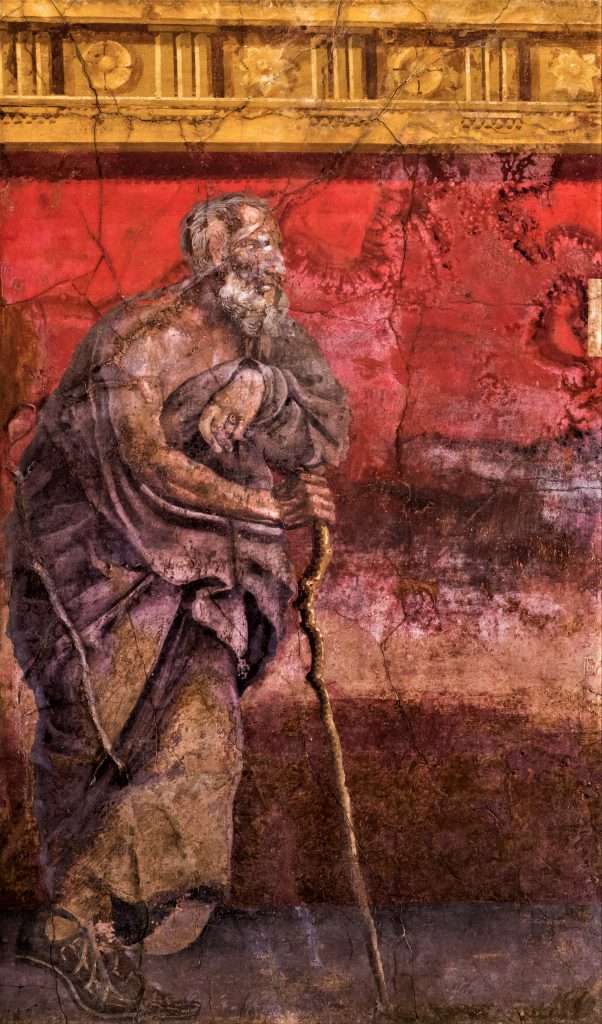 The “second tunic,” khiton in the Greek, they were not to carry refers to the inner cloth worn by 1st century Jews and Greeks who usually wore and outer two garments, an outer himaton or a mantle draped over the under tunic. The outer mantle could serve as the only clothing and was often worn this way by philosophers and religious figures.

Even their sandals were to be left behind called hypodemata in Greek meaning soles attached to the foot. These were usually made of leather or thick cloth for those who could not afford real leather. The last two requirements no shoes or staff, which was a walking stick, went beyond even the practice of ascetic Greek philosophers of the time. In a wall painting from the Villa Boscoreale (1st cent. AD) we see a venerable sage dressed in the single mantle of his class, but with sandals on his feet and leaning on a staff.

I would love to get your ideas in the Comments Section above on why you think they shouldn’t wear shoes? Seems like they wouldn’t be able to walk very far and would certainly make it more difficult for Jesus to wash their feet!

Another interesting question is why did Jesus insisted his disciples go only to “the lost sheep of the House of Israel?”  It is my understanding that the Messiah was simply respecting family first. Kind of like the missionary who goes overseas to preach gospel but is not willing to share his faith with his own family. It’s a matter of proper respect and honor.

This also reflects the biblical order of the firstborn who is charged with representing the father to the rest of the family. The firstborn is given a double portion so that he can fulfill his responsibility to care for and help raise the young brothers and sisters.

Israel is God’s firstborn son amongst the nations according to Exodus 4:22.

Jesus sends his disciples to Israel first because it is their responsibility to see that the legacy of Messiah is honored and preserved, especially as the teachings of Jesus will be spreading around the Gentile world where the God of Israel is not known or worshipped.

Perhaps this concept of the Firstborn who is to be the servant of all has to do with the simple lifestyle they had to maintain on their mission?

And behold, there appeared unto them Moses and Elijah talking with him. Matthew 17:3

Some days later, Jesus takes Peter, James, and John the brother of James up a mountain where a dramatic change takes place. The scripture says that “he is transformed before their eyes.”

The “high mountain” of this episode has since the early 3rs century traditionally been located on Mount Tabor. Note: I have come to realize that not a few like myself have been confused as to the way we use terms like the 3rd century. It actually refers to 200-299 AD and not the 300’s. So “early 3rd century” is around 200-220 AD. It took me years before I understood the concept.

Tabor is the most prominent mountain in the Lower Galilee, the region surrounding Nazareth where Jesus has been journeying. 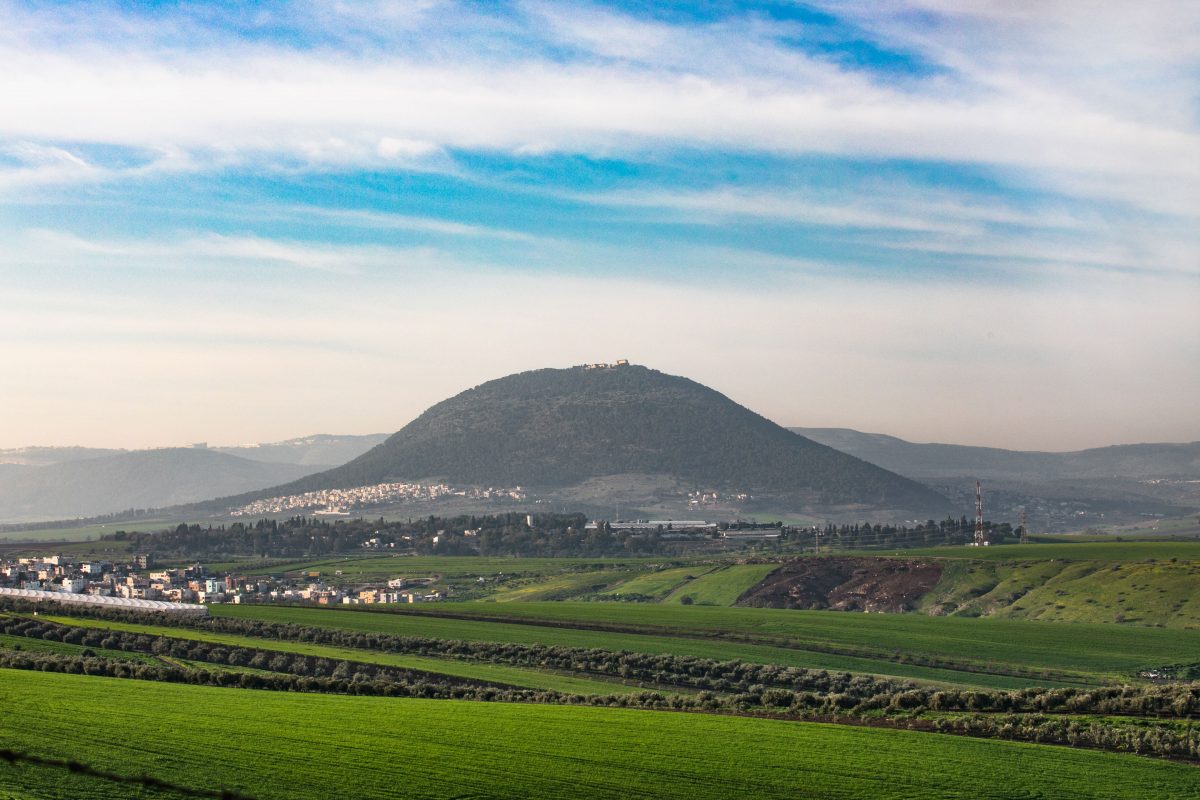 Mount Tabor is celebrated in biblical history and in song. The isolated mountain rises to a height of 1000 ft. above the surrounding plain and 1750 ft. above sea level. The boundaries of three Israelite tribe met here, Naphtali, Zebulun, and Issachar

In biblical poetry Tabor is associated with the Hermon and the Carmel mountains. Jeremiah gives is pride of place among the mountains of Israel, presumably because it stands out from afar: “Like Tabor among the mountains, and like Carmel by the sea, shall one come” (Jer. 46:18).

To the Psalmist it is a symbol of God’s greatness and might: “Tabor and Hermon joyously praise your name” (Ps 89:12).

In the vision of the three disciples Jesus appears between the two great savior figures of the Hebrew Bible: Moses, the leader of the people, a prophet unlike any other seen in Israel (Dt. 34:10), and Elijah, who revived prophecy in Israel, saved the true faith from the cult of Baal, and was honored by being taken up to Heaven alive.

Both of these biblical heroes figure prominently in Jewish and early Christian art. The illustration of Moses holding the scroll of the Torah from a 3rd century synagogue depicts the leader in the Hellenistic dress reserved to depict Jewish heroes at the time. Notice the blue stripes on the fringes representing the blue and white tzitzit or tassels commanded by scripture. The receptacle at his feet is most likely a container for the scroll; the veil which Moses had to put on his face when coming down the mountain after his encounter with God and receiving the Torah.