And were baptized of him in the Jordan, confessing their sins (Matthew 3:6).

After Matthew finishes telling us the story of Jesus’ young life in Nazareth, the author describes a stir that erupted among the Jewish leadership. A desert nomad they called “John the Baptist” was crying out in the wilderness that people have to repent because the Kingdom of God is near and there’s going to be trouble in the nation if you don’t. So many people were going down from Jerusalem to the Jordan River to meet John, that the religious authorities in the city felt threatened.

The Jordan River is best suited to accommodate the masses who were moved by the radical preaching of John. Though the exact location is disputed, Matthew seems to favor a site closer to Jerusalem, Judea and Peraea (“the region round about Jordan”), as do Mark (1:5) and Luke (3:3).

The important thing to understand is that this region, which extends over the eastern slopes of the Judean mountains leading down from Jerusalem to the Jordan Valley and the Dead Sea, is a vast terrain of barren mountains cut by stark deep canyons. The occasional rare winter rains turn into floods down here. Life is harsh in the desert, as walking the 25 miles down from Jerusaelm in the stifling heat will quickly remind you.

This Judean desert was an age-old refuge for outlaws and those with troubled spirits who had become disgusted with Jerusalem’s urban materialism. There are a great number of gorges with precipitous craggy ridges and caves along these desert slopes facing the Dead Sea. King David once found refuge in a cave here (I Sam. 23:22-23) to escape the legions of Saul. The region is virtually inaccessible to regular army units and there is not passage besides a few goat and gazelle paths through the steep rugged undulations. 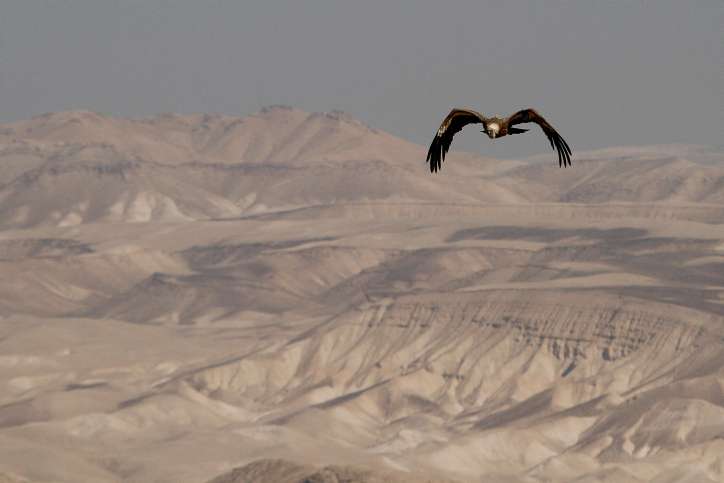 The Judean Desert is harsh and unforgiving. Photo: Uri Lenz/Flash90

This was the portion of the kingdom of Herod the Great, who also occupied the eastern side of the Jordan River Valley (today the country of Jordan) and the lush and fertile valley in the north connecting the Sea of Galilee and the Dead Sea.

The Gospel of John, however, calls the place where John was preaching “Aenon near Salim” which seems to favor proximity to Jerusalem. “Aenon” is Greek for the Hebrew ”mayan,” a natural spring. Just south of the Sea of Galilee following down the Jordan is a region called the Valley of the Springs, today a regional council in the Northern District of Israel that encompasses most of the settlements in the Beit She’an Valley.

Today there is an outlet of the Sea of Galilee where the Jordan begins to flow south that has become a popular baptismal site called Yardenit, visited by pilgrims all year round. 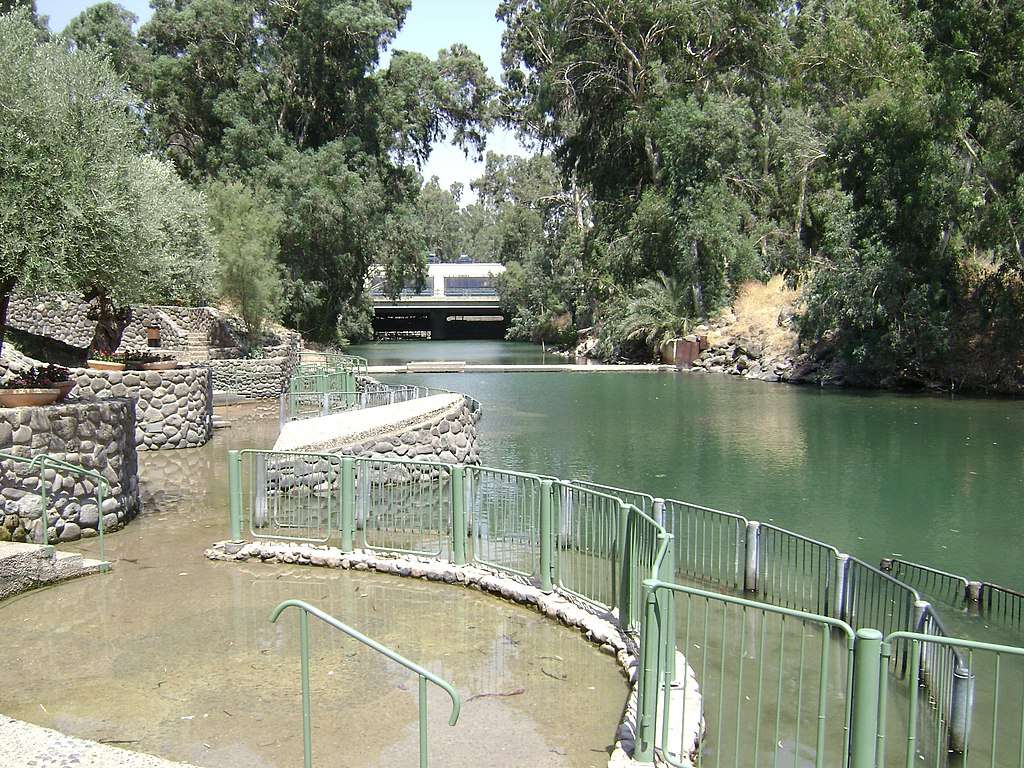 The Yardenit baptismal site is located in the northern Jordan Valley, which is far more lush. Photo: Creative Commons

It’s hard to imagine John only eating grasshoppers in this lush region, so it is more likely that all of this was happening in the Judean Wilderness just beyond Jericho, where the Jordan runs down to the Dead Sea.

Which is where we next find Jesus…

Then Jesus was led up by the Spirit into the wilderness to be tempted by the devil (Matthew 4:1).

Before beginning his ministry, Jesus goes right into the heart of the desert wilderness, which we understand from the context of Matthew 3:1 is the notorious Judean Desert. Going down to this lonely and desolate region for any length of time, and fasting, would challenge anyone. Jesus is meeting with the archenemy of the Most High because he knows that he must face every spiritual and physical temptation, and overcome, before he can walk into Jerusalem and be proclaimed Messiah.

The city and the people were in dire straits. Since the fall of the Hasmonaeans in 37 BC, the Holy City was in a deep, ongoing spiritual crisis, a crisis that culminated in calamity when the Temple and the city was later destroyed in 70 AD. The political and spiritual climate of the period before and after the birth of Jesus had left many shaken in their faith, some seeking for answers in repentance and a return to the pure faith of the fathers. This wilderness beckoned to those discerning enough to seek answers for the problems, among whom were sects like the Community of Qumran, where the Dead Sea Scrolls were discovered among the caves overlooking the Salt Sea. 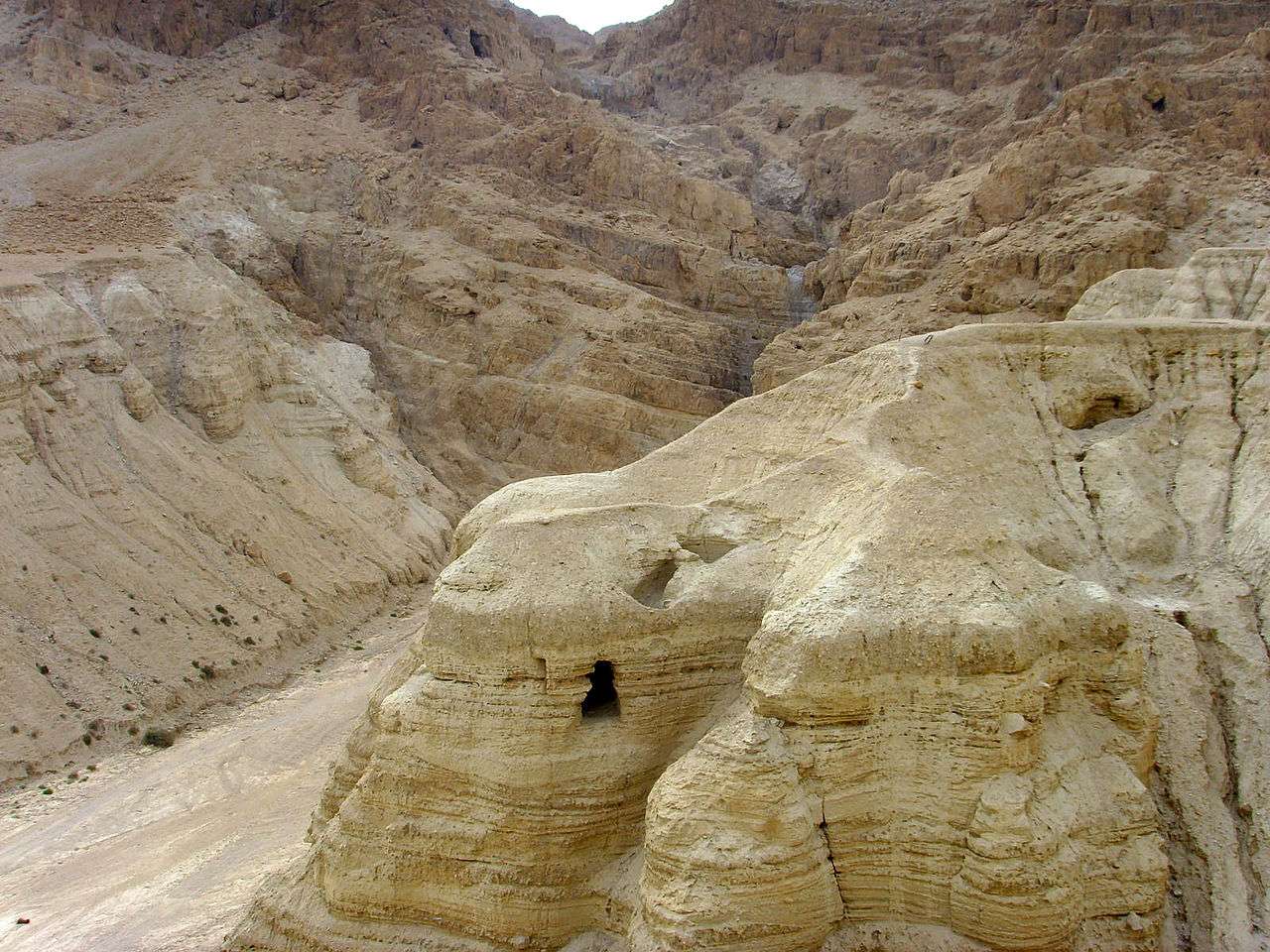 The caves of Qumran near the Dead Sea. Photo: Creative Commons

Then the devil took him up into the Holy City and set him on a pinnacle of the Temple (Matthew 4:5).

Sure enough, after battling and beating the Tempter in the wilderness, Jesus can then go straight up to Jerusalem for the main event.

The Gospels use the appellation “Holy City” because from the time of the Babylonian Exile the idea that Jerusalem was the City of the Great King and the awaited Messianic redemption had taken deep root within the Jewish soul (Isa. 52:1, Neh. 11:1).

“Holy Jerusalem” has been found on coins minted during the first Jewish revolt against Rome. Jewish authorities coined the silver shekels to demonstrate their independence, as silver coinage had only been allowed for the emperor.

“Jerusalem the Holy” on this 1st century coin is encircled by pomegranates representing the blessing of fruitfulness. Photo: Creative Commons

The “pinnacle of the Temple” most likely refers to the south-eastern corner of the Temple Mount overlooking the Kidron Valley.

A stone from the 1st century inscribed in Hebrew “To the house of trumpeting” was discovered in 1968 by Prof. Benjamin Mazar, chairman of the Editorial Board of the series Views of the Biblical World on the Old Testament, whose expertise we are referencing in this series. In his excavations below the southern wall of the Temple Mount, Mazar uncovered the stone which he concludes was toppled off the pinnacle of the wall when the Romans destroyed the city. The original stone can be seen in the Israel Museum, Jerusalem. (see picture) 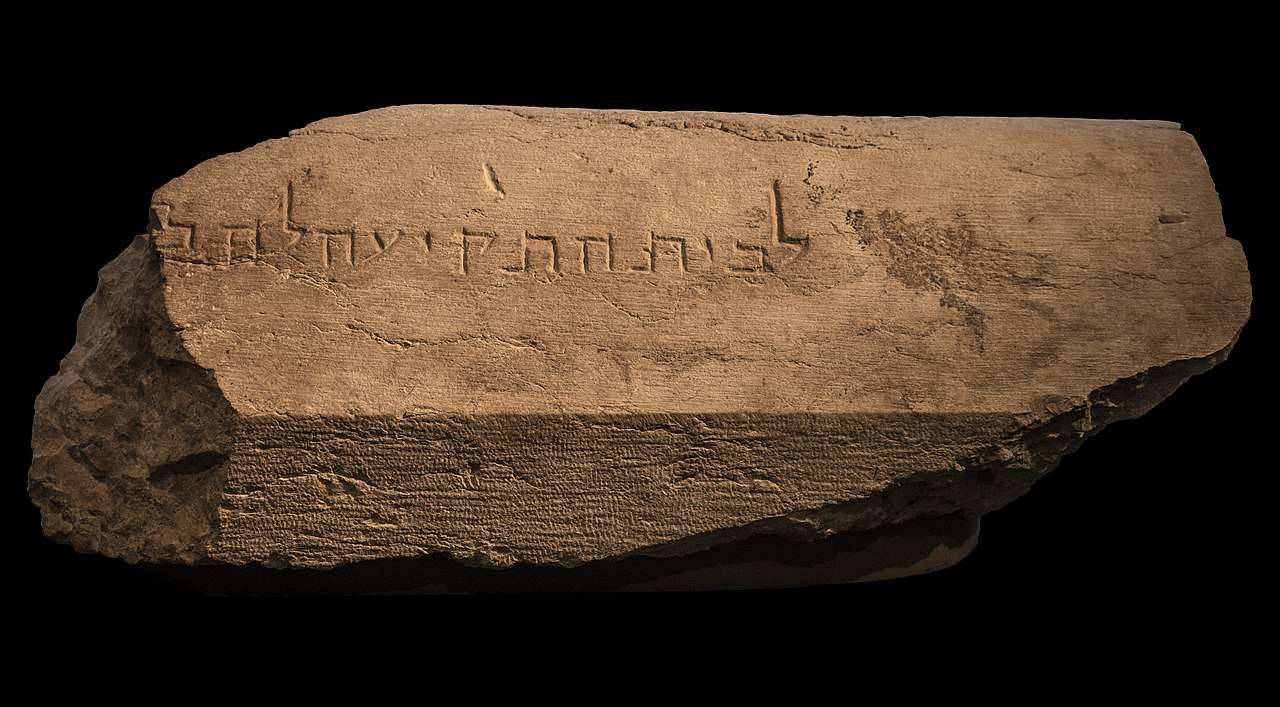 Pinnacle stone from the place of trumpeting. Photo: Zeigarnik/Creative Commons

Some of these enormous stone blocks can still be seen as part of the Western Wall, as well as here on the south and eastern walls of the Temple Mount esplanade. The finely dressed stones used for the wall measure on average 9-15 feet long and 3-4 feet high. The largest is 44 feet in length and weighs 570 tons. In comparison, the largest stone in the Great Pyramid weighs 11 tons.

The disciples of Jesus are so impressed with the size of these stones that they point them out to their master: ”See what manner of stones and buildings are here!” (Mark 13:1)

Part of the original wall that still stands today below the “pinnacle of the Temple” is fifty feet high, though in the days of Jesus it went all the way down to the slopes of the Valley of Kidron, a drop of about 130 feet. This dizzying height helps us appreciate the reality of the frightening temptation that follows in the next verse. (Matthew 4:5) 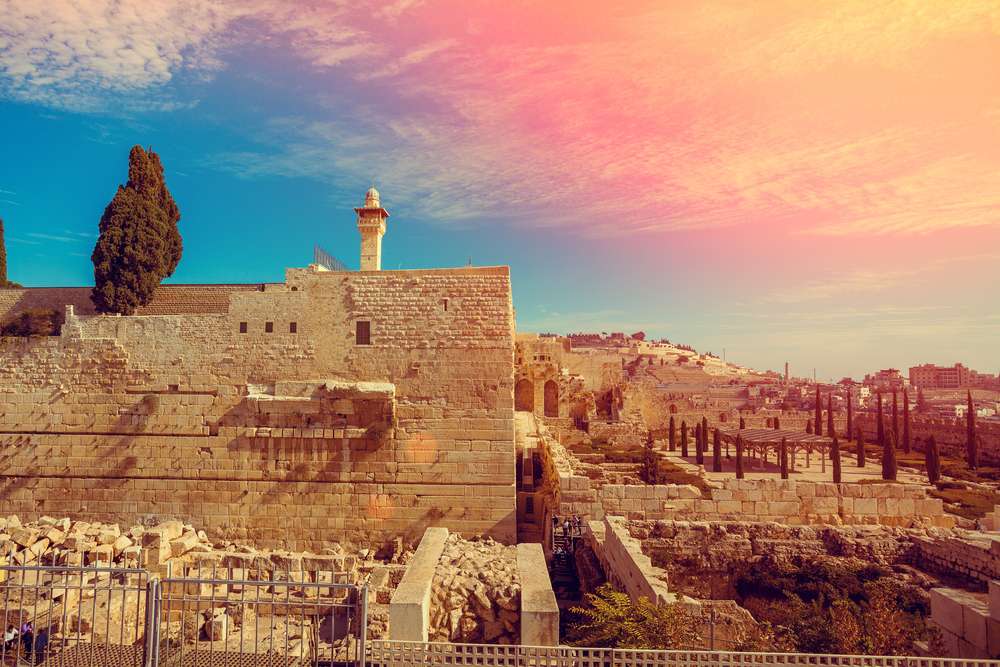 Watch for next week’s chapter on “He came to dwell in Capernaum,” a fishing village on the Galilee seacoast and from there up to the Mount of the Sermon.

For some of the materials in this series I am indebted to Views of the Biblical World, vol. 5 “The New Testament,” edited by Michael Avi-Yonah Ph.D., 1961

Don’t forget to watch our visit to Ein Gedi where David hid from Saul in the Judean Desert on our exclusive Israel Today Virtual Tour.