Israel Economy Minister Orna Barbivai and Jordanian Minister of Industry and Trade Yousef Alshamali met in Jordan this week to discuss strengthening economies ties between the neighboring countries. It was the first such meeting in a decade, and comes at a time when Israel is keen to preserve and bolster ties with Jordan that had become somewhat strained during the long tenure of former Prime Minister Benjamin Netanyahu.

During the meeting, the ministers discussed the renewal of the trade agreement between the two countries, the mutual recognition of standardization, the expansion of tourism, and more.

They also signed an agreement that is set to expand future caps on products that Jordan may export to the Palestinian Authority. Israel recognizes the importance of economic cooperation with the Hashemite Kingdom as a strategic goal that is important to regional stability.

Minister of Economy and Industry, Orna Barbivai (Yesh Atid): “The trade benefits agreed upon today between the Israeli government and Jordan are an important dimension in the strengthening of diplomatic relations between the two countries. Deepening civilian and economic ties contributes to bilateral relations, national security, and the protection of Israel’s longest and most quiet border.”

Jordanian Minister of Industry and Trade, Yousef Alshamali, focused on the Palestinian angle, noting that the new agreement permits some 425 new products to enter the Palestinian Authority to the tune of $730 million annually, without any customs or taxes collected by Israel.

“The new commercial arrangements represent a new impetus for establishing long-term cooperative relations between representatives of the private sector in Jordan and Palestine,” said Alshamali. 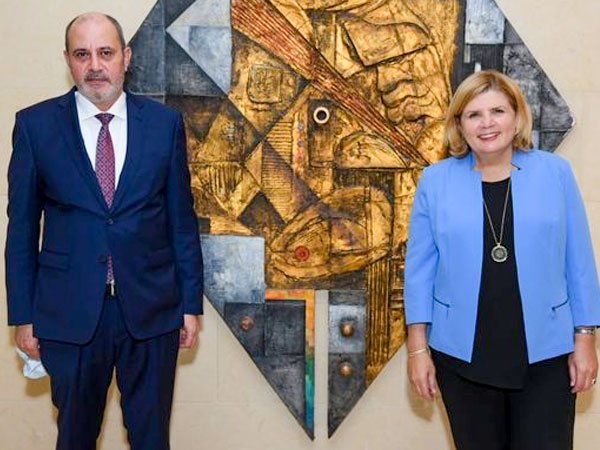 Israel Today contacted Lorance Awwad, head of the Watan Association for Human Rights in Amman, and asked his reaction to this agreement. “Israel and Jordan have more in common than what separates us, so I’m happy to see this agreement and the increased cooperation,” he said.

Abdullah Sawalha, a political analyst and director of the Center for Israel Studies and Research in Amman, added, “This is a new era after long disputes during the days of Netanyahu’s rule.”

At the same time, Sawalha, like many Jordanians, is wary of new Israeli Prime Minister Naftali Bennett, who is a religious Jewish nationalist who’s even more to the Right than Netanyahu.

“We shouldn’t bet on the current Israeli prime minister,” insisted Sawalha. “His position on the Israeli-Palestinian conflict and his opposition to a two-state solution are problematic. He also has a limited support base in Israel, and only came to be prime minister through extraordinary circumstance and not through a stable political process.”

Bennett, added Sawalha, is not an independent decision-maker like Netanyahu was. This, he believes is an opportunity. “The new Israeli government is not homogeneous politically or ideologically. There are many differences and contradictions, and this is an opportunity for Jordan to make gains,” explained Sawalha.

Opposition activist Anwar Majali reminded us that most people in Jordan are of Palestinian background, and do not want further normalization between the two countries. However, “we all know that the Arab governments do not represent the will of the people, so such agreements are not surprising while those governments remain,” he stated somewhat ominously.