Lest we forget that this conflict is ultimately religious. Muslim mobs attacked Jewish targets in the central Israel city of Lod (near Ben Gurion Airport) on Monday night, in an apparent show of solidarity with Hamas in the Gaza Strip, leaving behind scenes reminiscent of Nazi Germany in the 1930s.

As part of the attacks, the rioters pillaged synagogues, ransacked the houses of prayer and desecrated the Torah scrolls.

The rioters also rampaged in the streets, leaving behind significant destruction. 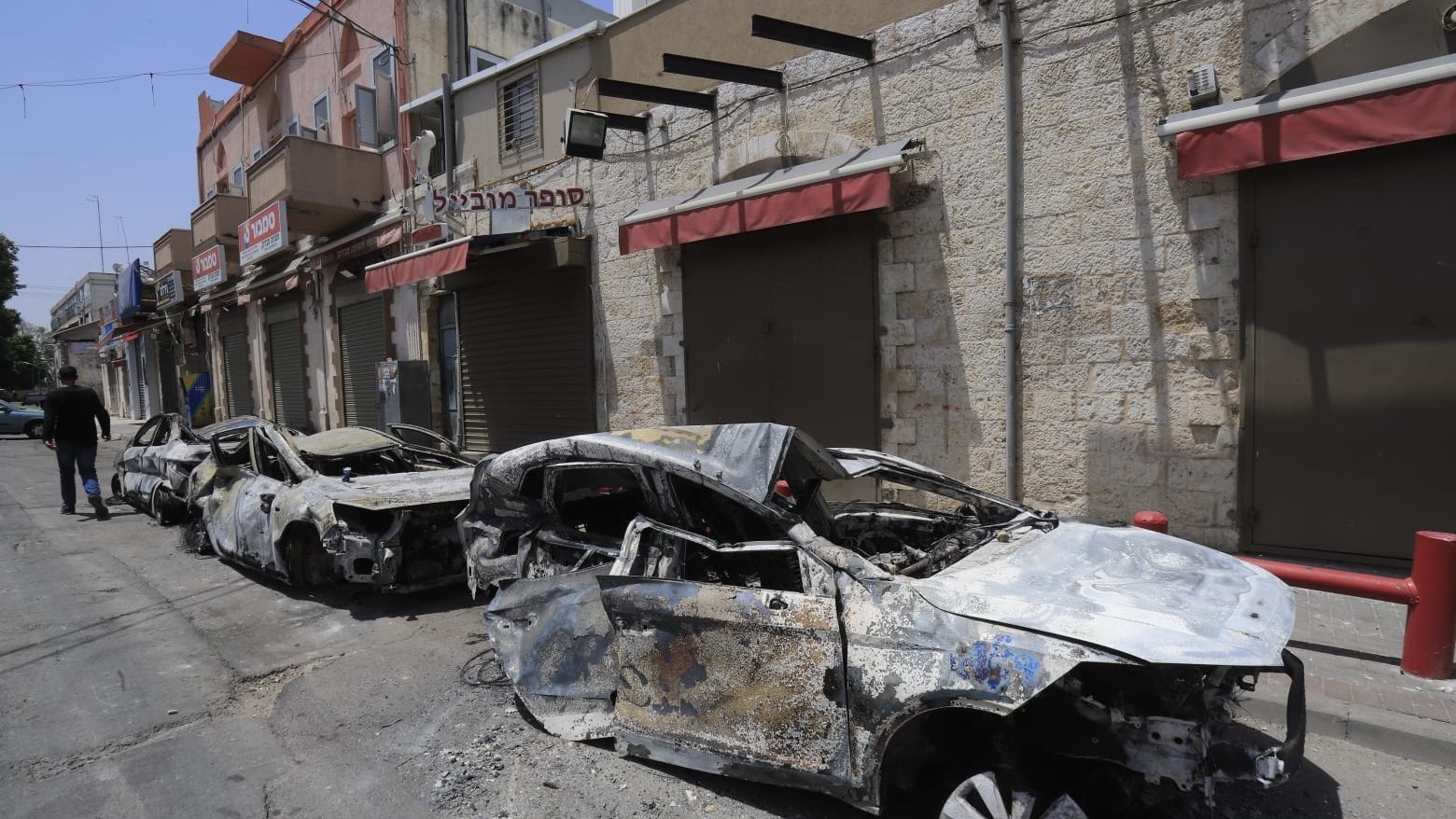 Burned out cars on a street targeted by rioters in the central city of Lod.

While they were nearing the city’s Jewish neighborhood, an Israeli who feared for his life fired at the rioters and killed one of them. The shooter was later arrested and taken in for questioning, while locals decried the lack of police response during the riots themselves.

The World Organization of Synagogues expressed “deep shock” over what happened at synagogues in the cities of Lod and Ramle by Arab rioters and “condemns and strongly protests the severe damage to the holy places of Israel.”

“The harsh images of desecrated and burned synagogues must shock every citizen of every religion. Synagogues are the beating heart of Judaism, and in the State of Israel their status is no less than symbols of government. The Israel Police is called upon to act with all its might to guard the synagogues,” the statement continued. 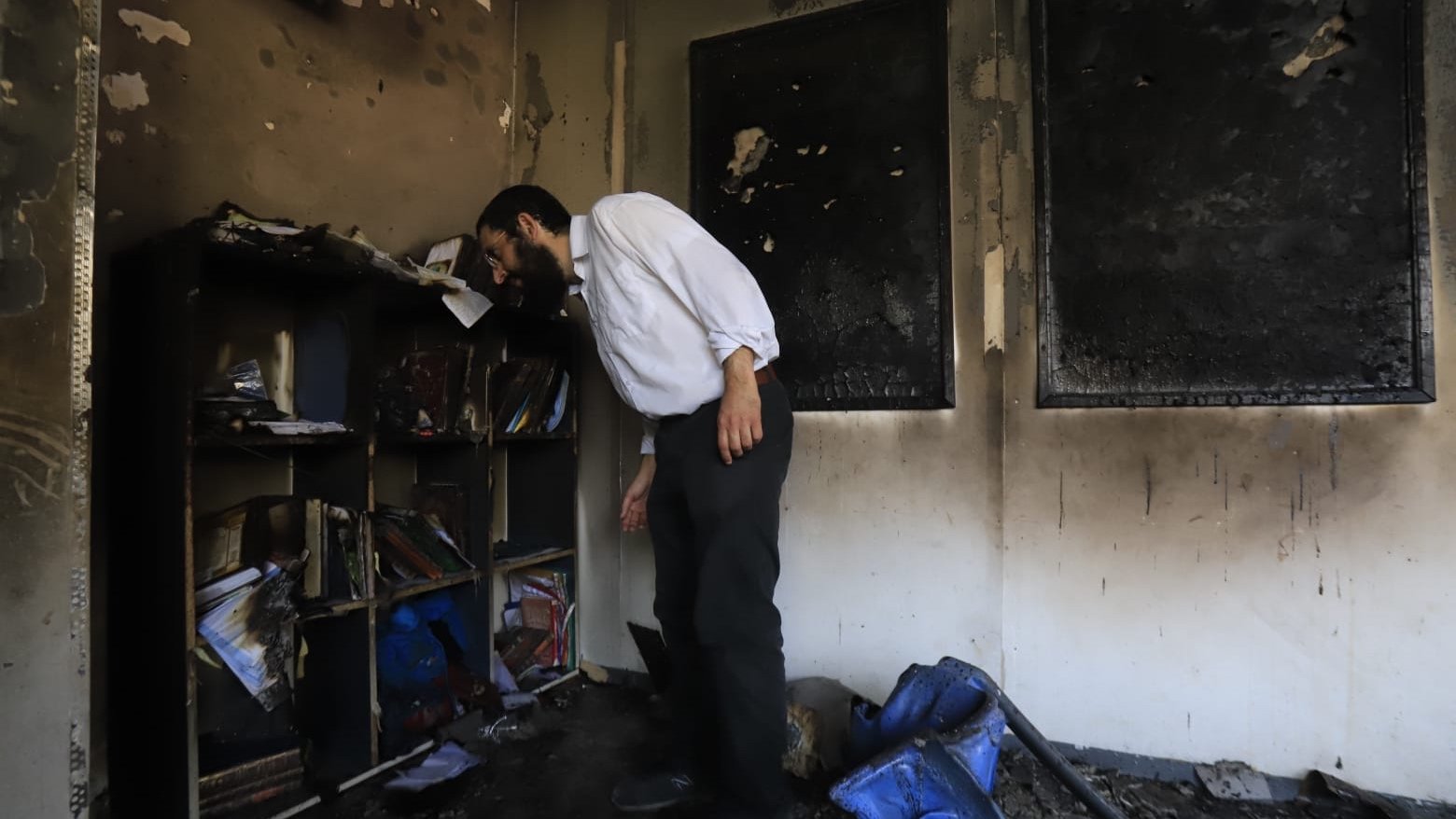 Rabbi Yechezkel Cohen examines the bookshelves of religious books in a 3rd grade classroom after parts of the religious school were torched last night by Arab rioters in the Ramat Eshkol neighborhood in Lod.

Lod Mayor Yair Revivo stated Tuesday that it was a “sad morning for all of us in Lod, 70 years of coexistence were trampled on by Arabs in a series of pogroms, vandalism, damage to symbols of government, shattering windshields and throwing Molotov cocktails at the new town hall we entered just last week, enormous damage to the mosaic museum, burning synagogues, a Talmud Torah schools, dozens of vehicles, burning garbage containers, destroying Israeli flags and, worse, lowering the Israeli flag and hoisting the Palestinian flag, on a night of riots that injured policemen and residents who found themselves besieged.”

Mayor Revivo added that “there is nothing that justifies such severe acts of hatred.”

An Israeli mother from one of the targeted Jewish neighborhoods pleaded in an interview for local Arabs to stop rioting and burning her neighborhood. She made the same plea in both Hebrew and English:

With reporting by Aryeh Savir/TPS