For the past two decades, the formula underlying the Middle East peace process was to accept the Palestinian positions, turn a blind eye to their transgressions (because they were the “oppressed”), and require painful concessions of Israel.

After more than 20 years of failure despite intensive diplomatic efforts, US President Donald Trump’s “Deal of the Century” finally proposes a different approach by effectively turning the peace process on its head.

As top Israeli media commentator Amit Segal wrote: “While Israel will gain its concessions immediately and without conditions, the Palestinians now have to go through ten levels of hell” if they want to gain theirs.

So, what exactly is each side being offered? 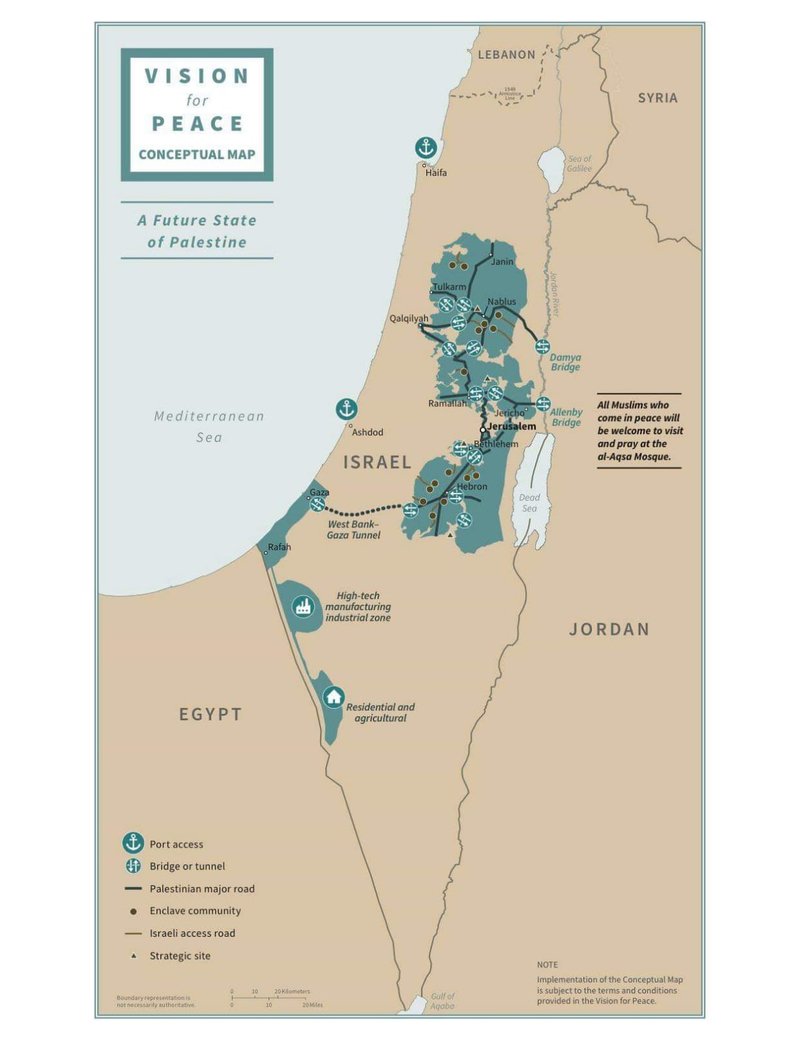 Only after they fulfill the above obligations, the Palestinians will get: