Canada is one of the most preferred destinations for Middle East migrants and asylum-seekers. Following the outbreak of the Arab Spring, millions of Muslim refugees arrived in Canada. As a result, and to meet the needs of these growing Muslim communities, a process of Islamization began in Canada.

As a country that respects religious, intellectual and political pluralism, Canada willingly opened itself to this rapid spread of Islam, which was accompanied by a new intolerance for criticism of Islam or raising issues that Muslims deem controversial. On the other hand, laws had to be enacted to curb promotion of hatred and jihad against non-Muslims. In other words, freedom of expression was limited.

In response to this situation PEGIDA Canada was established to press for a new policy of reducing the number of refugees and new immigrants in the country, particularly those whose basis for seeking asylum is questionable. In addition to this, PEGIDA stands against the Islamization of Canada and a return to the country’s Judeo-Christian roots.

Israel Today contacted the founder of this movement, Jenny Hill, to gain a fuller picture of what’s happening there. 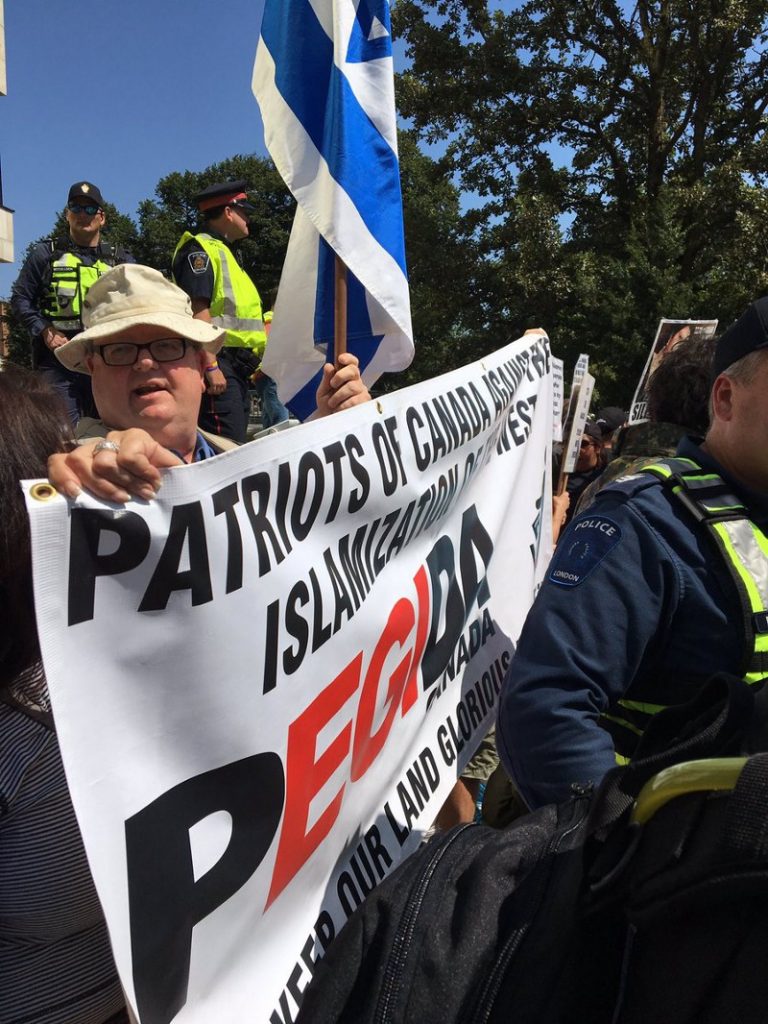 Israel Today: What are the goals of PEGIDA Canada and how does it differ from the original movement in Germany?

Jenny Hill: PEGIDA Canada’s goals are and have been from the beginning to educate the public about the threat of Islamism in our Judeo-Christian country. We achieve this by holding public demonstrations to reach people that would not necessarily read our content online.

During COVID-19, we have limited our work to online information, as we would not have been heard amidst the many anti-lockdown rallies taking place. We also petition government officials and contact organizations with our concerns.

PEGIDA Canada took much of our mandate from PEGIDA Dresden. While they focus on what impacts Germany, we are focused on Canada, while still reporting on worldwide activity. The Islamist movement is worldwide, and what impacts one country impacts many.

Following is our mandate:

Who are legitimate refugees and asylum-seekers from the Middle East, in your estimation?

With the recent migrant crisis, it is virtually impossible to properly vet everyone wishing entry into Canada. Those who are threatened by dictatorial regimes because of their religious beliefs should have first priority. With the world in such a combustible state, the clamour for asylum has been at an unprecedented level for a decade. We believe a drastic cut in the number of refugees/immigrants is prudent, in order to gain control of the situation.  Persecuted minorities should always be given priority, followed by self-sufficient immigrant applicants, people ready to contribute to Canadian society. 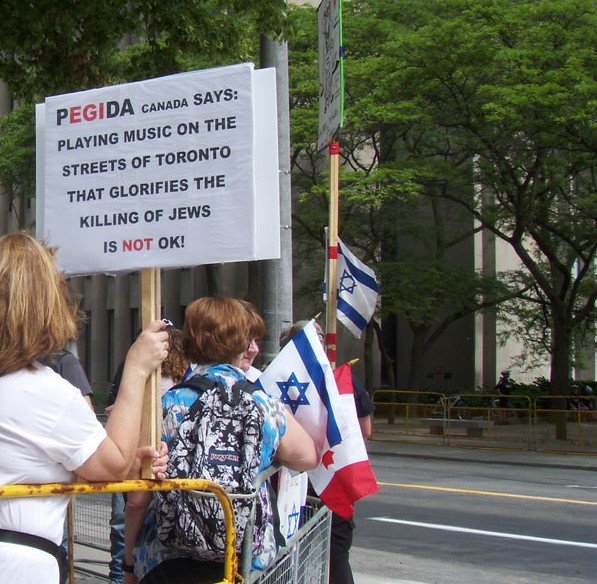 What’s your view on the Israeli-Palestinian conflict, which has produced its fair share of “refugees”?

PEGIDA Canada has a definitive policy with regards to the Israeli-Palestinian conflict. We have rallied on behalf of the Jewish community in Canada during the “Al Quds Day” march in Toronto. Al Quds Toronto has hosted a former Palestine House president who called for all Israelis to be shot.   Palestine House supports the Palestinian Intifada.

This event in Toronto, gone virtual due to COVID for the past two years, is a hate-fest against the Jewish community, sanctioned by our government. We have written to government officials regarding this march, yet it remains intact. During these marches, we would observe small children as young as 6, draw their fingers across their throats while chanting ‘death to Israel, death to the Jews.’

The pro-BDS faction is very strong within our educational system. In 2019, at a pro-Israel rally at York University in Toronto, protesters were heard chanting  ‘Go back to the ovens’ and ‘Kill the Jews.’  We have petitioned several university presidents about the blatant antisemitism found on many campuses throughout Canada. We would like to believe our communications, combined with many other petitioners, help to change policy in our secondary institutions, but quite often they are band-aid solutions, not true change. The Islamist influence is very strong not only in the educational system, but also within the judiciary and government.

We believe the British Mandate for Palestine, as well as the historical biblical narrative, gives Israel the full right to the land they now occupy.

Much work needs to be done.