Israeli Prime Minister Naftali Bennett on Monday spoke for the first time over the phone with Egyptian President Abdel Fattah El-Sisi, who congratulated him on assuming office.

“The two leaders discussed a broad range of bilateral, regional and international issues. They praised the peace agreement between the two countries, which was achieved under the aegis, and with the mediation, of the US and which has constituted a cornerstone of stability in the Middle East for over 40 years,” according to Bennett’s media adviser.

“Prime Minister Bennett thanked President El-Sisi for his country’s important role in establishing stability, security and peace in the region, as well as on the Palestinian issue, with emphasis on its efforts to advance a solution on the issue of the captive and missing Israelis. The Egyptian President underscored the need to establish the ceasefire in the Gaza Strip, with the goal of improving the civil and humanitarian situation of the residents of the Strip, and noted the need to resume the diplomatic process,” the Prime Minister’s Office reported.

At the end of the phone call, El-Sisi and Bennett agreed to meet each other soon in Cairo, something that showed how the relationship between Egypt and Israel is warming, while it also demonstrating that Bennett is fully aware of Egypt’s increasing standing in the Middle East.

That hasn’t been the case after the so-called Arab Spring toppled former Egyptian President Hosni Mubarak’s regime in 2011. The rise of the Muslim Brotherhood after the ouster of Mubarak led to the isolation of Egypt and a loss of influence in the region. 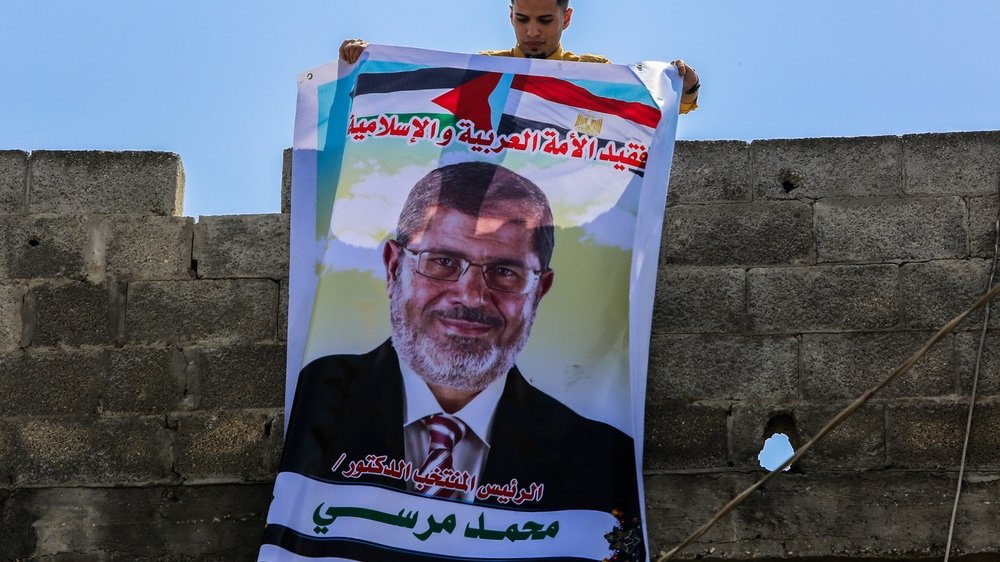 While the Palestinians appreciated him, Mohammed Morsi and the Muslim Brotherhood had a very negative effect on Egypt’s standing in the region.

El-Sisi, who led the coup d’etat by the Egyptian military that ousted the Muslim Brotherhood, was occupied by internal affairs such as the insurgency of the Islamic State’s branch in the Sinai Peninsula and other places in Egypt.

The Egyptian President also had to deal with an economy that was in tatters and decided to use the Egyptian army to launch huge building projects that would provide jobs and boost the economy. One of these projects was the creation of a second Suez Canal. Another was the construction of a new capital for Egypt that will house six and a half million people.

Egypt’s army, meanwhile, was successful in quelling the insurgency by Islamic State militants and increased cooperation with the Israel Defense Forces during the battle against the Jihadists.

Egypt under El-Sisi has now partly restored its standing in the Middle East and is the only player in the region that has been able to contain Hamas in its fanatical battle against Israel.

During the last 11-day war between the Gazan terror groups and Israel in May, Egypt succeeded in mediating between the parties and in the end brokered a ceasefire that ended this round.

El-Sisi then decided to pledge $500 million for the rehabilitation of Gaza and sent his army and Egyptian companies to the coastal enclave to execute building projects.

At the same time, Egypt again attempted to achieve reconciliation between Hamas and the Palestinian Authority, but at the last minute canceled a meeting between the two rival Palestinian regimes as it saw that also this mediation effort would not bear any results.

“Egypt’s involvement in Gaza is understandable. First, because the enclave lies along its border and is a potential powder keg threatening the stability of the region in general and, specifically of Egypt. Second, it allows the administration to portray itself as a regional leader on a key Middle Eastern issue,” Israeli Professor Eli Podeh wrote in a recent op-ed about Egypt’s changing position in the region.

El-Sisi’s warming ties with the new Israeli government could also have something to do with the improvement of Israel’s standing in the Arab world after three Arab countries closed peace agreements with the Jewish state recently.

These peace agreements boosted relations between Israel and Egypt because it is no longer taboo to seek better ties with the Jewish state in parts of the Arab world.

Aside from that, Egypt is increasingly playing a larger role not only in Africa but also in the eastern Mediterranean, where it has become a member of the new East Med Gas Forum. Other members of the forum include Greece, Cyprus, France, Italy, Israel, Jordan and the Palestinian Authority.

El-Sisi is now seeking rapprochement with Iraq and was in Baghdad last Sunday for a summit with Iraqi President Barham Salih and King Abdullah II of Jordan. It marked the first time in three decades that an Egyptian president conducted an official state visit to Iraq.

The three leaders discussed an increase in security and economic cooperation, media reported.

The rapprochement between Iraq and Egypt comes at a time when Iran is also seeking to increase its clout in Iraq and is trying via its proxies of the Hashd al Sha’abi umbrella organization of predominantly Shiite militias to again destabilize the country and eradicate the Western influence there.

So, there are challenges for Egypt’s president and they not only have to do with the struggle with Islamist governments and groups who have a different agenda for the Middle East, but also with Egypt’s internal situation.

The economy of Egypt is again stuttering as a result of the Corona crisis, and there are other internal problems such as demographic growth, all of which constitute a stumbling block for the Egyptian president’s drive to regain the nation’s historical standing, as Podeh rightly pointed out.