The crisis in Lebanon has led to new diplomatic initiatives, but it is highly questionable whether this will lead to a solution to the unprecedented situation in the country. Iran and Hezbollah have other plans for Lebanon, as we will explain below.

Israel is increasingly concerned that Hezbollah and Iran will use Lebanon’s massive economic and social crisis to take over the country completely.

To understand why Israel is concerned about the situation in Lebanon, one needs only look at recent diplomatic activities by top Israeli diplomats and military personnel.

On Tuesday, March 16, President Reuven Rivlin and Aviv Kochavi, the Chief of Staff of the Israel Defense Forces (IDF), arrived in Europe to speak with European leaders about the growing threat from Iran through Hezbollah in Lebanon.

Macron is well aware of the situation in Lebanon and has spent months trying to mediate between the parties in order to establish a stable government in the crisis-ridden country.

However, the French President now gives the impression that he has given up in his efforts to find a solution.

Lebanon has been without a government for quite some time and that is mainly due to Hezbollah, which is blocking the formation of a technocratic government. 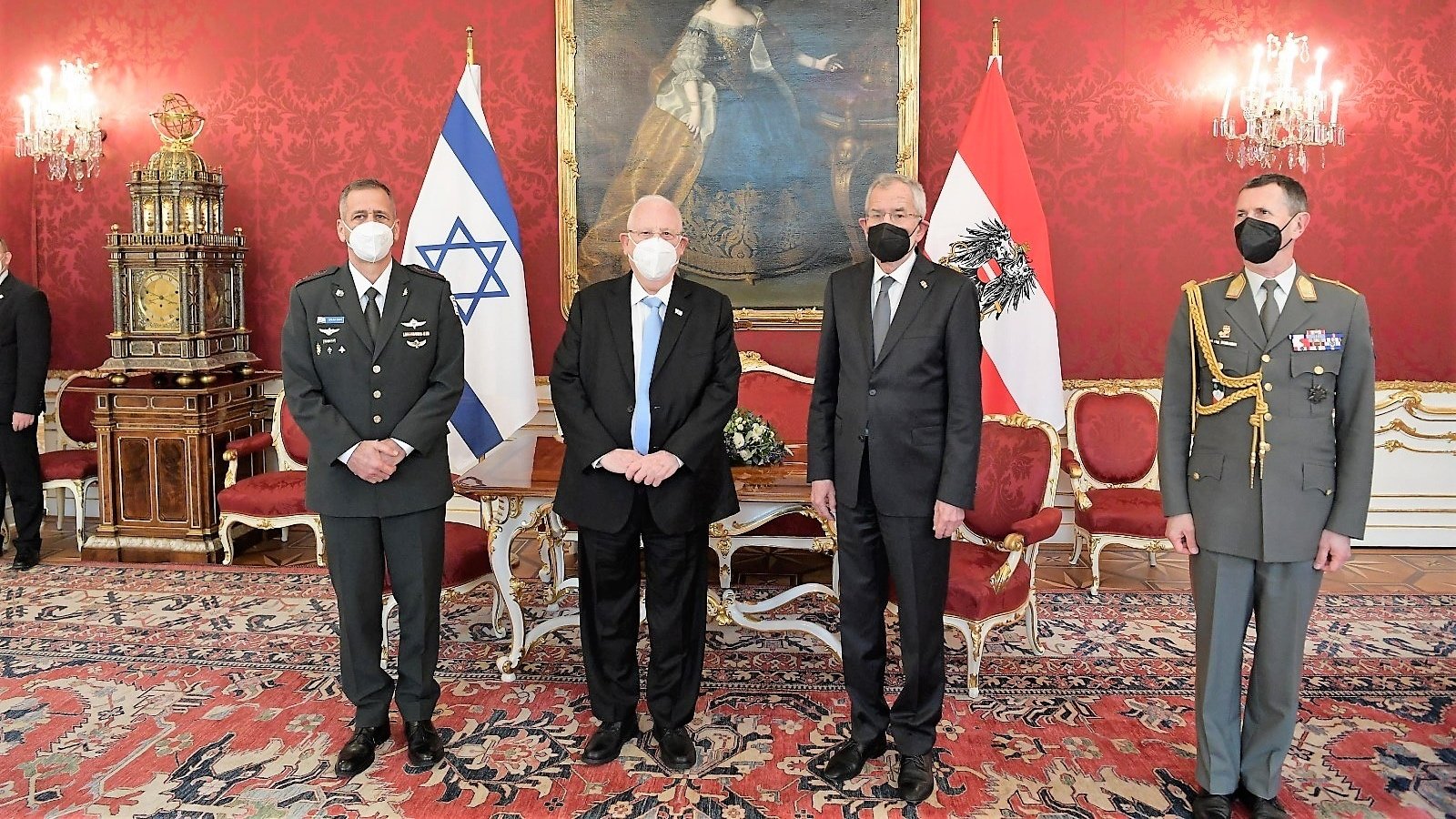 Kochavi (left) and Rivlin (second from left) during their EU public relations blitz.

While Rivlin and Kochavi were in Germany, Israeli Foreign Minister Gabi Ashkenazi flew to Moscow to discuss the same subject with his Russian counterpart Sergei Lavrov.

Lavrov spoke with Mohammed Raad, the leader of the Hezbollah bloc in the Lebanese parliament, and urged him to agree to the formation of a new government under the leadership of Sa’ad Hariri, who was previously Prime Minister of Lebanon.

Hezbollah is holding up the formation of a technocratic government led by Hariri, a Sunni Muslim, because it does not want to lose control over Lebanon.

The Iran-backed terrorist movement is now seeking total dominance over the country, threatening not only the Lebanese people and Israel but also regional stability.

This conclusion was drawn not only by the Israeli Ministry of Foreign Affairs but also by the United Nations (UN), which recently published a comprehensive report on the situation in Lebanon.

The report plainly states that Iran is continuing its destructive role in the region by providing financial support to Hezbollah as well as through weapons and training of Hezbollah terrorists.

The UN report further describes the situation in southern Lebanon and criticized Hezbollah for the continued violations of Security Council resolution 1701 that ended the Second Lebanon War in 2006.

The UN called on the (non-existent) Lebanese government to take measures which will allow the UNIFIL peacekeeping force to do its work.

According to UN Secretary-General Antonio Guterres, Hezbollah constantly hinders UNIFIL in the performance of its duties under Resolution 1701.

The terror organization uses the pseudo environmental protection organization “Green Without Borders” to block UNIFIL investigations into Hezbollah’s illegal activities on the border with Israel. 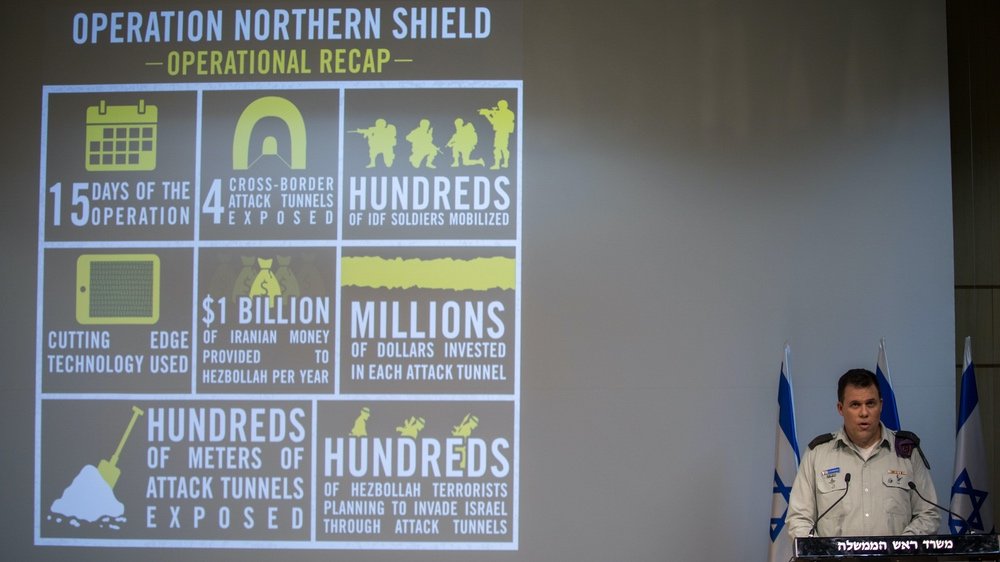 Israeli officials have been warning for years that international efforts to curb Hezbollah are not working.

The role of Iran and Hezbollah leader Hassan Nasrallah

As Lebanon continues to slide toward total disaster, Iran and Hezbollah seem only interested in a total takeover of the country.

Hezbollah leader Hassan Nasrallah made this very clear in a recent speech from his bunker.

Lebanon’s true leader made threats to anyone pushing for reforms in Lebanon and even threatened the Lebanese people who have long protested the dire situation in the country.

IDF intelligence officers believe Iran and Nasrallah will further exploit the situation in Lebanon to carry out their plan to eventually transform Lebanon into a base from which to attack Israel.

It was therefore no coincidence that a number of IDF intelligence officers recently published an article in the newspaper Yediot Aharonot.

In the article, the officers wrote that the IDF knows everything about Nasrallah, and that the Hezbollah leader knows this.

The article was clearly intended as a warning to Nasrallah not to go too far.

Given the situation in Lebanon and the position of Hezbollah and Iran, it is now easy to understand why Israel launched a diplomatic offensive in Europe and Russia.

The catastrophic situation in Lebanon could end in a scenario like we earlier saw in Syria.

The difference will be that Iran and Hezbollah will be offered Lebanon on a silver platter, and this is the reason Rivlin, Kochavi, and Ashkenazi traveled to Europe and Russia. 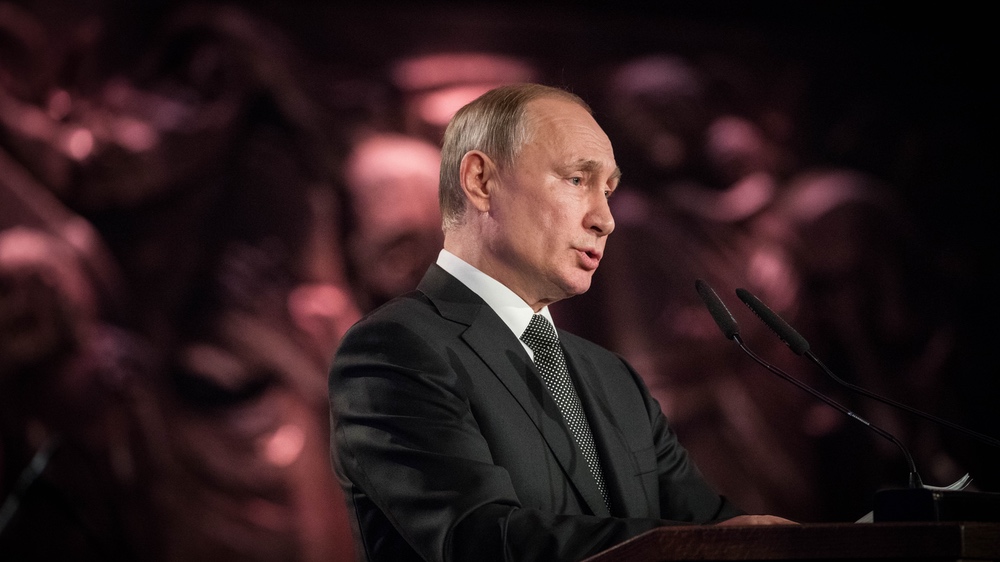 Israel is urging Russia to not let what happened in Syria also happen in Lebanon.

Description of the crisis in Lebanon

Europe and Russia should do more to turn the tide in Lebanon and this was probably an additional reason for the Israeli diplomatic offensive.

The country is ravaged by an unprecedented economic crisis best described by Lebanese analyst Sara el-Yafi.

At the beginning of an interview with France 24, el-Yafi gave a horrific picture of the situation in Lebanon.

She said the crisis is getting worse by the second and that the ruling political elite (read: Hezbollah and her allies) has done nothing to improve the situation.

The Lebanese currency, the lira, has lost 85 percent of its value, and the central bank’s reserves are drying up, el-Yafi said.

This will make the necessary imports impossible and that will only exacerbate the crisis. At the same time, the unemployment rate has risen from 11 percent to 40.

Inflation has increased by one hundred percent and the minimum income has dropped from $400 to just $40 per month. Meanwhile, prices have increased by 300 to 400 percent, she said.

El-Yafi strongly criticized the ruling elite for not doing anything to encourage investment and improve the fate of the population. Instead, the “mafia warlords,” as the Lebanese analyst put it, stole the hard-earned money of the Lebanese people.

Fifty percent of the Lebanese population now lives below the poverty line, according to el-Yafi, who the ruling class called a “can of carcinogenic worms”.

The Lebanese population is desperate and getting more desperate by the hour, according to the analyst.

The US Administration is now in contact with the European Union to deal with the Lebanon crisis. According to Lebanon’s Nidaa al-Watan newspaper, the two superpowers will hold a virtual Zoom meeting on Monday to discuss the Lebanese dossier.

Also on the agenda is imposing sanctions against parties that prevent the formation of a new government in the country.