Watching the news shows broadcasted by Israel’s three major TV stations these days one could easily come to the conclusion that internal political affairs or the many cases of crime are the most important issues to be reported on.

And, when, for example, at the end of the one-and-a-half hour program the very tense and explosive situation in Jerusalem is addressed, there is hardly any mentioning of the root causes of the ever-escalating violence by Palestinian Arabs.

Maor Tzemach, chairman of the NGO “Your Jerusalem” this week harshly criticized the Israeli media for their hush-hush reporting on Arab violence in Jerusalem and claimed they were wary to report the harsh reality on the ground because they don’t want to embarrass the current government that has an Arab Islamist party and a far-left party in its ranks.

Let’s now take a look at this harsh reality on the ground and at what is driving the current riots near Jerusalem’s Old City.

Every single day over the past week or so, Israeli police and officers of the Border Policej have had to deal with hundreds of rioting Arabs who come to the so-called Damascus Gate (Sha’ar Shechem in Hebrew) to throw stones and Molotov cocktails at Israeli Jews and police officers.

On Wednesday, for example, the police arrested 22 Arabs and had to fire warning shots in the air in an effort to disperse the violent crowds.

The rioters threw stones at passing Israeli cars and a public bus, shattering some of its windows.

A 38-year-old man and a 16-year-old Jewish boy were injured in the bus incident and had to be treated by the first-aid organization Magen David Adom. 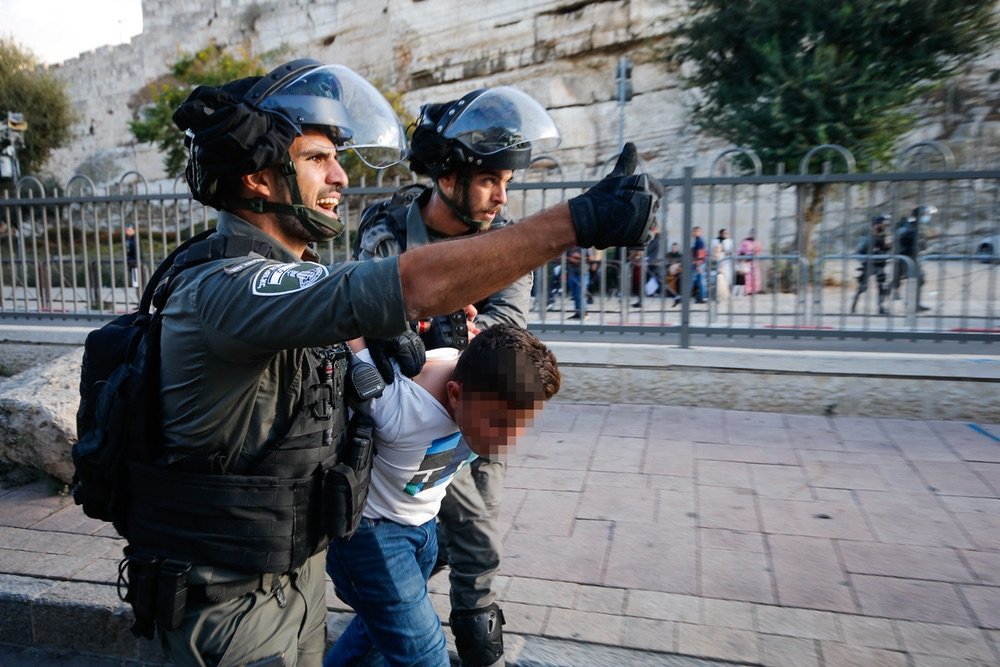 Palestinian youth are arrested after stoning vehicles in central Jerusalem.

Hamas, Turkey, the Palestinian Authority and Islamist activists are fanning the flames in Jerusalem using the pretext of “Israeli settlers storming the Al-Aqsa Mosque” as an excuse to incite the masses.

In reality, however, no Israeli Jews have been entering the mosque as they only come to visit the site where the two Jewish Temples once stood before they were destroyed, and sometimes briefly recite a prayer.

The violent riots resumed after a judge at the Jerusalem Magistrate Court issued a verdict allowing Jews who visit the Temple Mount – which is the holiest site in Judaism – to recite silent prayers for the first time ever.

The ruling came after police banned Rabbi Aryeh Lippo from the Temple Mount where he used to recite a prayer daily.

Judge Bilha Yahalom wrote in her ruling the following: “His (Rabbi Lippo’s) daily arrival at the Temple Mount indicates that this is a matter of principle and substance for him.” 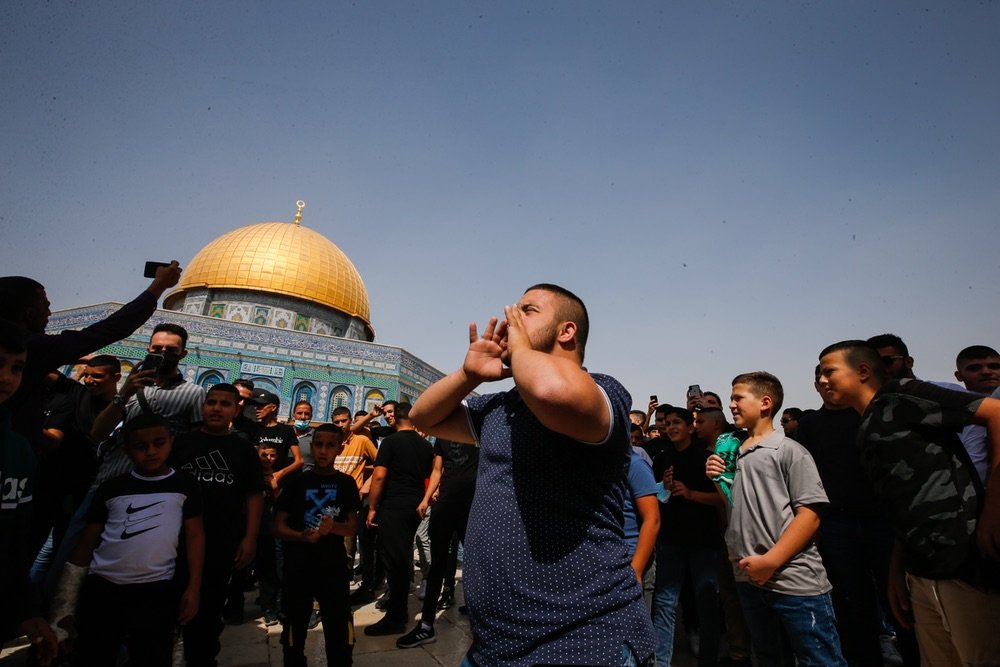 Yahalom’s ruling was later overturned by the Israeli Supreme Court, but that, together with numerous statements by Israeli ministers promising the continuation of the so-called status quo, did nothing to prevent an escalation in the daily violence.

Sheikh Akrama Sabri, who is affiliated with Hamas, is one of the key players in the incitement campaign that fuels the daily riots, but also Palestinian Authority leader Mahmoud Abbas plays a significant role in this.

Abbas said during a meeting of the PLO’s Executive Committee this week that “a real confrontation with the occupation” had become necessary, and then cited the charge of “repeated settler attacks on the Al-Aqsa Mosque” as one of the excuses for his incitement. 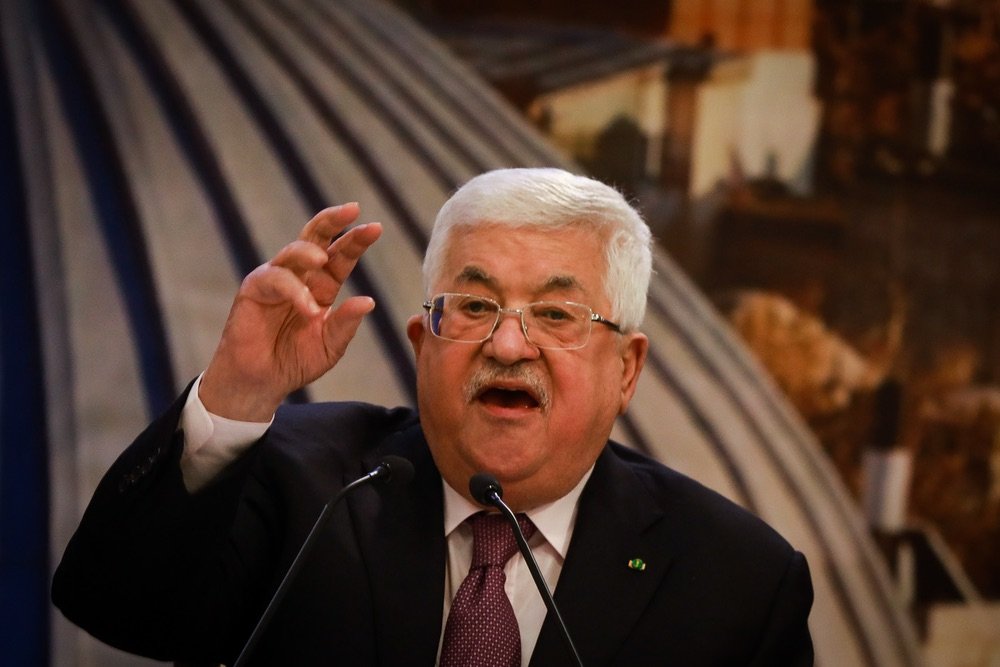 “Partner for peace” Mahmoud Abbas has done his fair share to incite the current violence.

In this respect, Abbas and the Palestinian Authority are no different than Hamas, which opened the new studios of its Al-Aqsa Television mouthpiece this week and promised the Palestinian Arabs that “occupied Al Quds (Jerusalem) would soon be liberated.”

Itamar Marcus, the director of Palestinian Media Watch (PMW), just published an exposé about how the PA celebrates “the culture of murdering Israelis” and is inciting against Israel.

At the start of a ‘culture festival’ in Bethlehem “the PA Ministry of Culture and the PLO Commission of Prisoners’ Affairs set up an exhibit featuring pictures and names of numerous terrorist prisoners who murdered at least 46 Israelis, and terrorist ‘martyrs’ responsible for the deaths of at least 136 people,” Marcus reported.

The one-year-long event in Bethlehem started in April, when Abbas himself came to the city that once housed a majority Christian population, but since the PA was founded has been turned into another Muslim bulwark.

“While Jews revere Bethlehem as the burial place of the matriarch Rachel and Christians honor the city as the birthplace of Jesus, the PA often uses Bethlehem as a city to highlight PA support for terror,” according to Marcus.

PMW revealed that the ‘culture’ event included a ceremony honoring so-called Shahids (martyrs), terrorists who were responsible for the mass murder of Israeli Jews, and a parade by masked and heavily armed Fatah members.

There was also an exhibition with posters of notorious Palestinian mass murderers such as Salah Khalaf (alias Abu Iyad) who headed the Black September organization that was responsible for the Munich massacre during the 1972 Olympics in Germany. 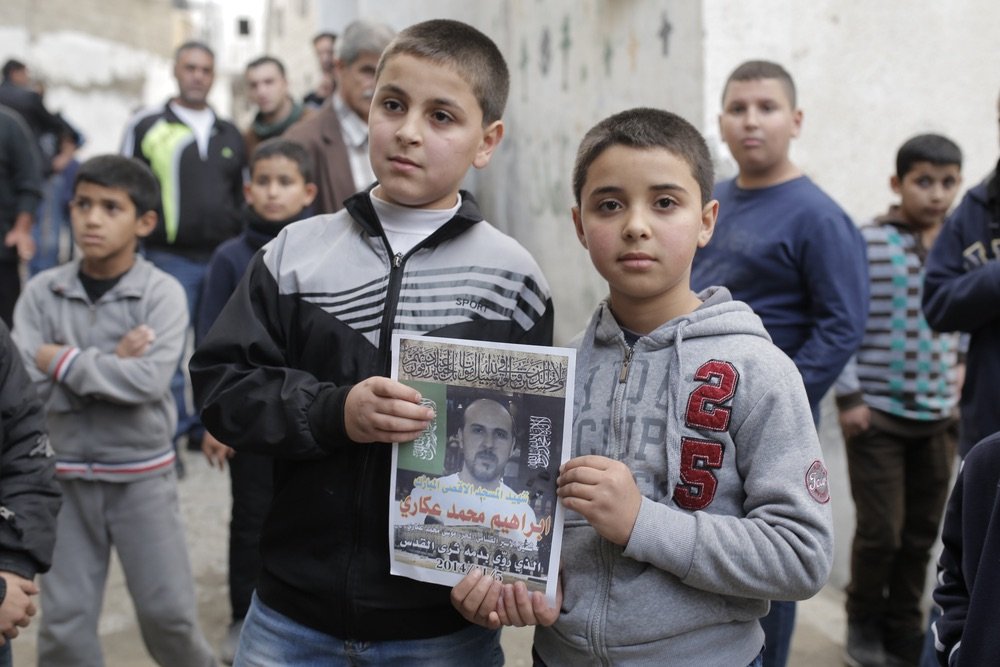 The Palestinians have cultivated a culture of glorifying terrorism and “martyrdom.” Here, young Palestinian boys hold a poster celebrating Ibrahim Akkari, who was shot dead while perpetrating a car ramming attack in Jerusalem in 2014 in which eight people were wounded and one killed.

Incitement by the two Palestinian entities in Israel is not the only reason why the situation in Jerusalem has become so explosive and violent.

The activities of Islamist organizations that are supported by the regime of Turkey’s President Recep Tayyip Erdoğan are another factor in the enduring violence.

Last year, Erdoğan delivered a speech in which he portrayed himself as the guardian of Jerusalem and said that the capital of Israel is “a red line” for him.

He then said that his stance on ‘Palestine’ was the same as that of Sultan Abdul Hamid II, the last Ottoman Sultan who tried to scuttle the Zionist dream and took a series of restrictive measures against Jews who arrived in Israel and against the sale of ‘Palestinian’ land to ‘foreign’ Jews.

Like Hamid, Erdoğan regards what is now Israel as Ottoman property and that’s why he last year said that Jerusalem was, in fact, a Turkish city and claimed that the evidence for this was that another Ottoman Sultan (Suleiman) had built the walls around the Old City. See: “Jerusalem is Ours!” What’s Behind Turkey’s Astonishing Claim 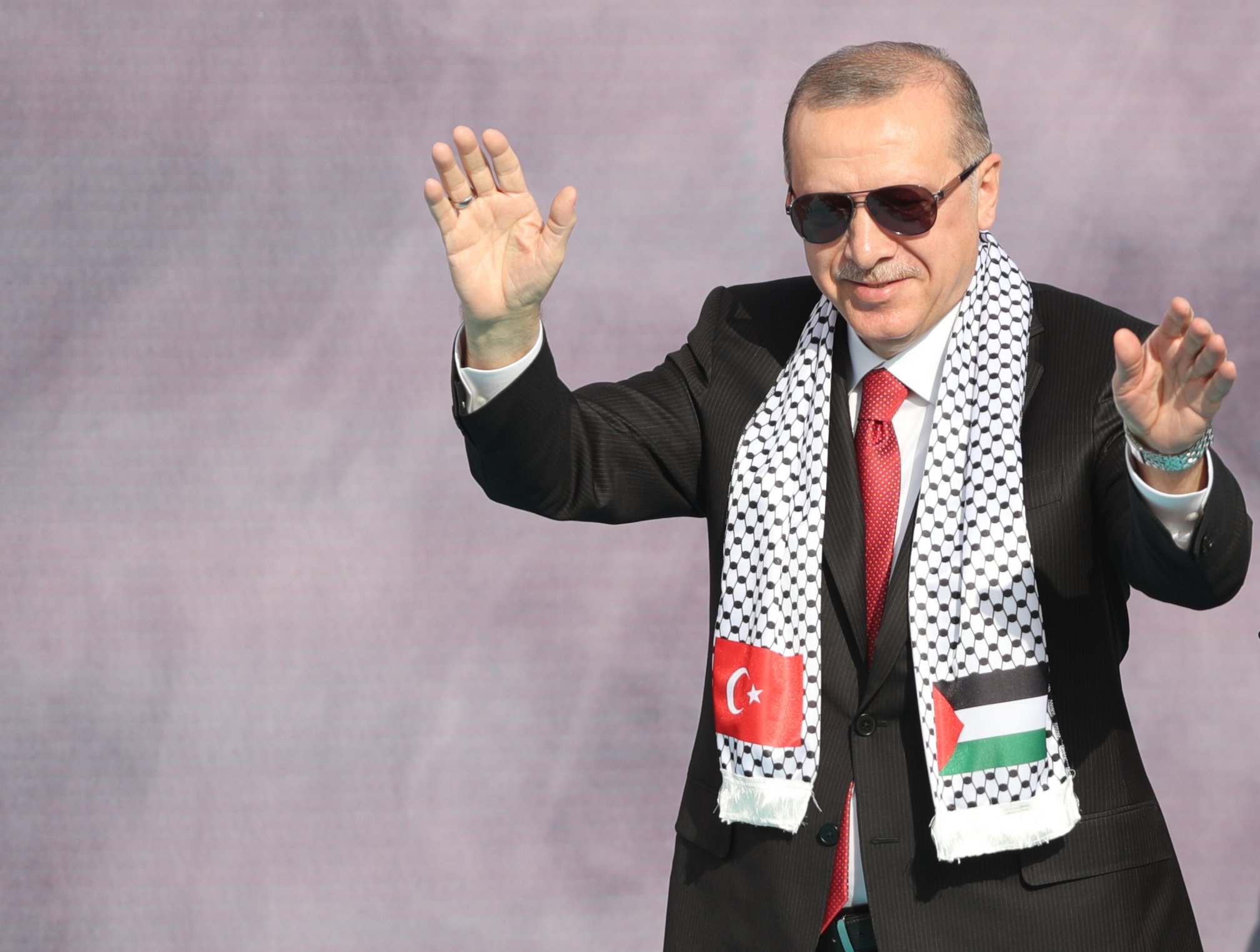 Turkish President Recep Tayyip Erdogan likes to imagine himself as the new sultan of the Middle East.

During a speech in May this year the Turkish dictator again called upon the Muslim nations “to unite against Israel.”

In deeds too the Turkish president is showing that he regards himself as the patron of Jerusalem. The Erdoğan regime is investing tens of millions of dollars per year into so-called dawa (missionary) activities by civic associations, nonprofits and grassroots organizations in Arab Jerusalem.

Their goal is to attract young Arabs who are then brainwashed via educational programs financed by the Turkish regime, which uses its diplomatic missions to increase its influence among the Arab masses in Jerusalem.

Until now the Turkish president has been silent on the latest wave of violence in Jerusalem, whereas in May before and during the 11-day-war between the Palestinian terror groups in Gaza and Israel he frequently used inflammatory rhetoric to fan the flames.

At the time, Erdoğan branded Israel “a terrorist state” and a “cruel terrorist,” while condemning Israel’s “heinous” attacks on the Al-Aqsa Mosque.