Hamas was sounding a triumphant note on Saturday after a Jerusalem court reversed its tacit approval of Jewish prayer atop the Temple Mount. The terror group attributed this “victory” to the “steadfast resistance” of the Palestinian Arabs. But Israeli media indicated it was the result of pressure from left-wing elements in the Israeli government and from the Biden Administration.

Last week, Jerusalem District Court Judge Bilha Yahalom sent shockwaves through Israel when she lifted a police ban on a Jewish man who had been caught praying at the Temple Mount.

While Israel officially protects full freedom of religion for all, Jewish prayer atop the Temple Mount is forbidden. Though it is Judaism’s holiest site, it is also claimed by the Muslim world, which threatens violence should the Jews worship God there. Israeli authorities prefer to appease the Muslims and avoid an outburst of violence rather than assert Jewish sovereignty.

But in her recent ruling, Judge Yahalom determined that the “guilty” party, Rabbi Aryeh Lippo, had not broken any laws by quietly praying within the Temple Mount compound. It was seen as tacit legal approval for Jews to begin openly praying at the holy site.

True to their word, Muslims promptly took to the streets claiming an attempted Jewish “takeover” of the Temple Mount, and Hamas threatened a fresh outbreak of violence. 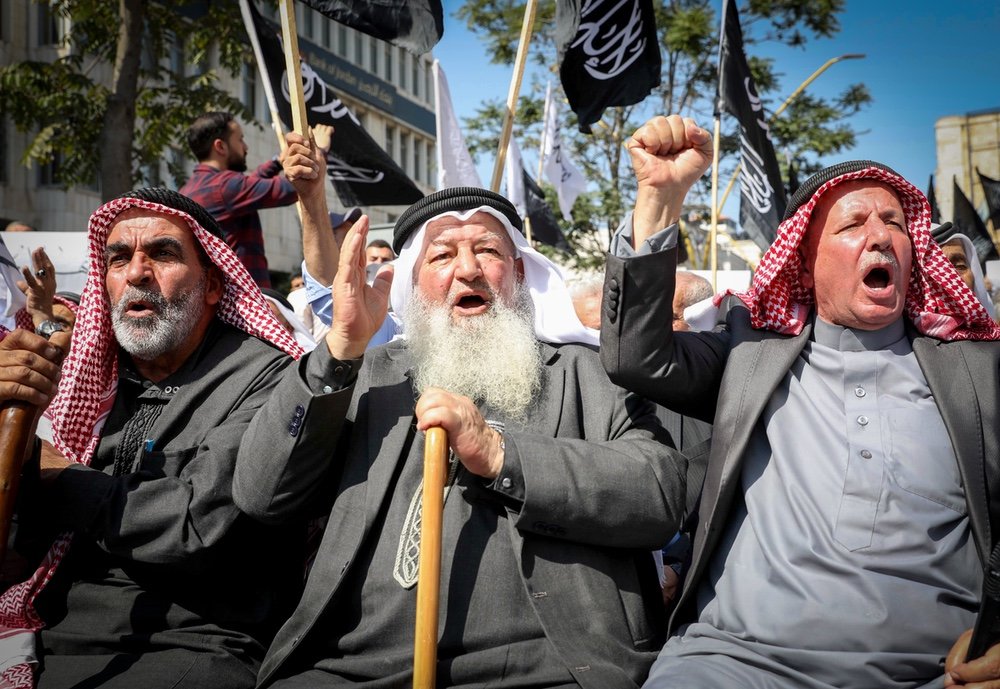 Supporters of the Islamic Liberation Party demand a ban on Jewish prayer at the Temple Mount after a Jerusalem court seemed to grant its approval.

Interior Security Minister Omer Barlev panned the ruling, insisting that “a change in the existing status quo will endanger public peace and could cause a flare-up.”

The Times of Israel reported that the Biden Administration also reached out to Israel and demanded clarification of the apparent policy shift.

A day later, the court reimposed the ban on Rabbi Lippo.

“It is in fact an act of surrender,” wrote ‘Abd al-Rahman Yunis, an editor for the Hamas-run Gaza-based newspaper Palestine. He attributed this achievement entirely to the threat of Palestinian violence, while not once mentioning Barlev or Biden. Of course, Yunis is not wrong. It was indeed the threat of Palestinian violence that compelled both the Israeli and American governments to oppose the court decision regarding Jewish prayer at the Temple Mount.

“The court overturned the decision to allow Talmudic prayer for fear that the situation in the Palestinian territories would explode or lead to a new confrontation with the resistance in Gaza,” wrote the Hamas journalist. “The backpedaling was a result of the pressure exerted by the residents of Jerusalem who felt the danger embodied in the decision.”

Yunis went on to urge Palestinians to remain vigilant against any change in the status quo, and encouraged them by noting that an arsenal of Hamas missiles remain prepared and ready to assist.