Some people are sick of hearing the only topic the media seems to cover these days, while others can’t take their eyes off the latest statistics regarding the coronavirus. The global pandemic is of course a very important issue, and since nothing else is happening due to the global standstill, there’s not much else on which to report.

In Israel we are oddly fortunate that we also have an ongoing political drama over who will be our next prime minister. But even that was becoming tiresome. “Just crown Bibi king and let’s get on with life!” was the sentiment expressed by a large part of the population.

But then COVID-19 came and it was clear the kind of normal life many hoped for under King Bibi would no longer be possible. Many believe this is a time of great transition. A lot of religious Jews are convinced the Messiah’s arrival is imminent, while many secular people expect dramatic changes in the global power structure.

And then there’s the upcoming biblical holiday of Passover, which is a template for the final redemption of Israel. Both its timing amid the coronavirus crisis and its religious implications have many Israelis feeling something between uneasy and expectant. “Just as God freed us from Egypt, He will also free us from this current exile,” goes an old Jewish saying.

The current situation indeed has one clear parallel with the story of the Exodus. When God sent the tenth plague to kill all the firstborn in Egypt, He ordered the people of Israel to remain in their houses. 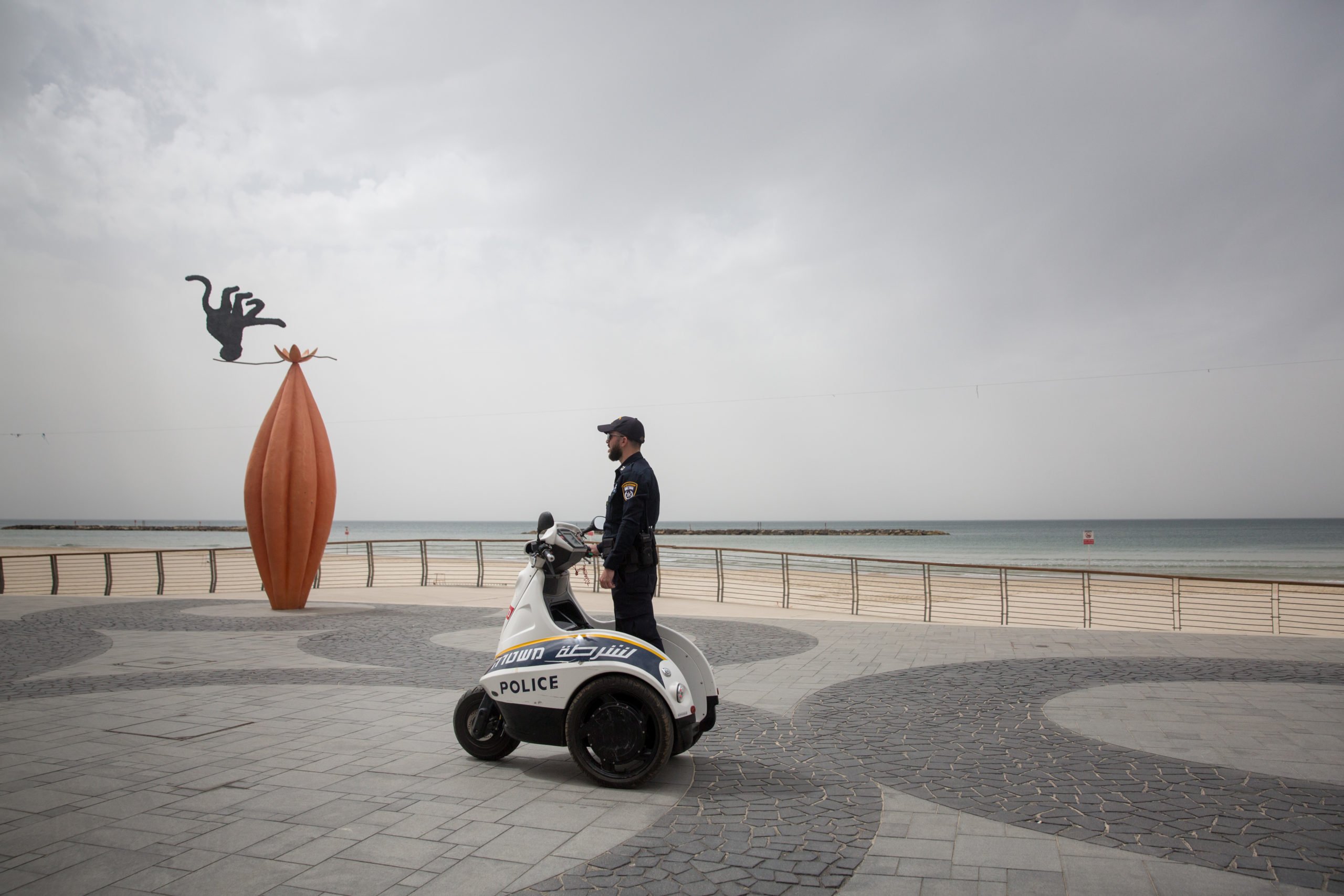 The Tel Aviv promenade is empty as Israelis remain home amid a modern plague.

“For I will pass through the land of Egypt that night, and I will strike all the firstborn in the land of Egypt, both man and beast; and on all the gods of Egypt I will execute judgments: I am the Lord. The blood shall be a sign for you, on the houses where you are. And when I see the blood, I will pass over you, and no plague will befall you to destroy you, when I strike the land of Egypt.” (Exodus 12:12-13)

The Jews sat in their houses while death raged outside.

And Pharaoh rose up in the night, he and all his servants and all the Egyptians. And there was a great cry in Egypt, for there was not a house where someone was not dead. Then he summoned Moses and Aaron by night and said, “Up, go out from among my people, both you and the people of Israel; and go, serve the Lord, as you have said. Take your flocks and your herds, as you have said, and be gone, and bless me also!” (Exodus 12:30-32)

Things are not quite that bad with the coronavirus. But this year is the first time since that very first Passover that all Jews everywhere are celebrating while huddled in their houses with only close family.

One big difference from that first Passover, however, is that this time around the rest of the world has joined us in remaining indoors while death passes over outside. And this recalls another Jewish proverb that says the last exile will be a time of redemption for the entire world.