Yesterday we wrote about how world leaders are looking to Israel for direction amid the ongoing COVID-19 pandemic. At the same time, a poll published on Sunday shows that Israelis are wholly displeased with how their government is handling the situation, prompting Prime Minister Naftali Bennett to plead for patience.

So which is it? Is Israel a role model for the world in terms of fighting Corona, or is it mired in the same chaos and confusion as every other country?

It depends on your perspective. From a high-level view, Israel’s numbers are good relative to the rest of the world, suggesting that the Jewish state’s policies are working as best they can under current conditions. For those on the ground, however, things look a little less rosy.

A year ago, Israelis were growing weary of the pandemic policies of former Prime Minister Benjamin Netanyahu, who implemented repeated nationwide lockdowns. A year prior to that, Bennett from the benches of the opposition published a booklet explaining how he would handle the situation. Many Israelis thought his would be a better approach. See: COVID-19 is an Opportunity for Israel

But now that Bennett’s in power, he’s finding it difficult to implement his vision, and the public is no longer so sure he’s the right man for the job. As they say in the military, even the best plans don’t survive contact with the enemy.

Channel 12 News reported that the results of its latest public opinion poll weren’t good for Bennett and his government.

In relation to its handling of the Corona crisis:

As for Bennett and his top ministers relevant to the situation:

The reason for this isn’t necessarily the government’s failure to prevent another wave of infection, but rather the constantly changing regulations.

“The public isn’t with us and there’s much confusion,” Welfare Minister Meir Cohen reportedly said at Sunday’s cabinet meeting. Economy Minister Orna Barbivai added: “We aren’t clear in our instructions. All day, people are asking us for clarifications. The feeling among the public is that we have given up on the fight against COVID-19.” 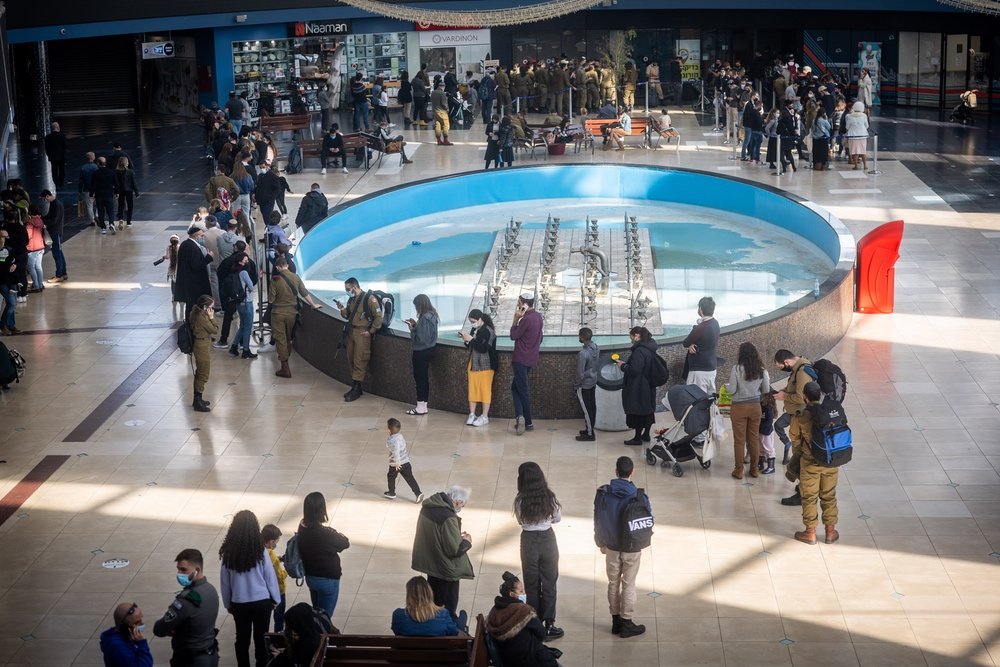 Israelis wait in a long line at an antigen testing station at Cinema City in downtown Jerusalem. Photo: Yonatan Sindel/Flash90

The most troublesome aspect of the current situation for most Israelis is the overwhelming of testing stations nationwide.

Every time a child is sent home from school after exposure to someone infected with COVID-19, he or she must be taken for either a rapid antigen test (if the child is fully vaccinated) or a PCR test (if they aren’t vaccinated).

And children aren’t the only ones needing regular testing.

With the rapid spread of the Omicron variant, this has resulted in unbearably long lines at both antigen and PCR testing stations. Reports of people waiting in line two hours or more are not uncommon, and with the large number of tests being conducted, sometimes it takes days for the results to be delivered.

To help alleviate the overcrowding at testing stations, the government this week approved antigen home tests for fully vaccinated individuals who have been exposed to COVID-19.

But Israelis must pay out of pocket for these home testing kits (though schools are supposed to start providing kits to exposed children). Some can’t afford it, while others say it’s difficult to find any kits to buy after a rush on some local pharmacies. 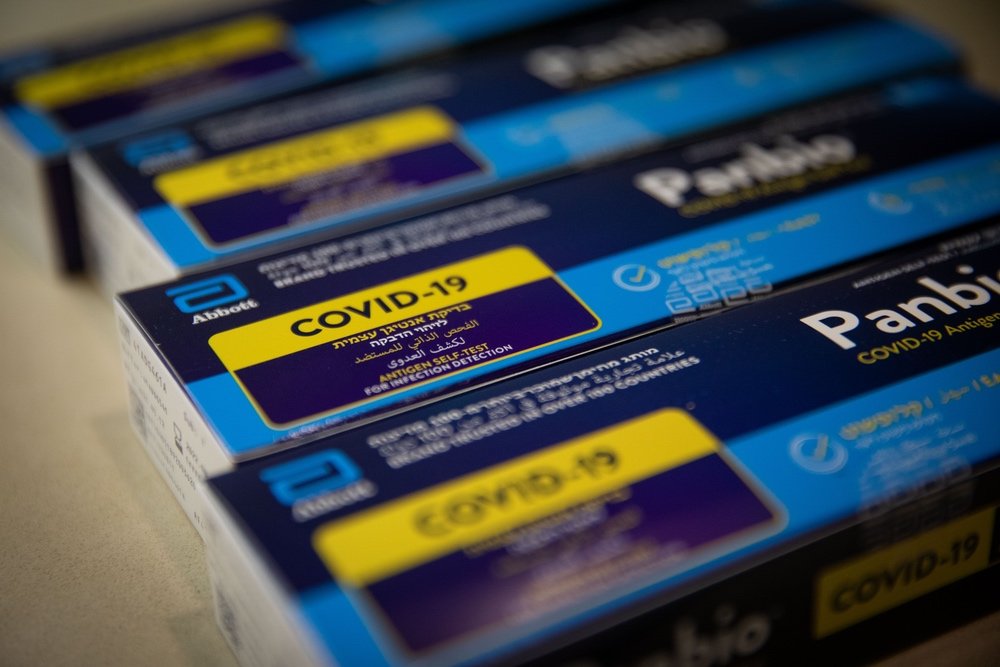 To alleviate lines at testing stations, the government has told Israelis to go buy their own home testing kits. Photo: Noam Revkin Fenton/Flash90

The current government’s primary goal is to keep the economy open. To this end it has thus far refused to impose any kind of official lockdown.

However, many parents say that with their kids constantly being sent home after exposure at school, and the need to then spend hours on end getting them tested, they are experiencing a lockdown in all but name.

This is keeping many Israelis from being able to work full time hours. The fear of exposure to the highly-contagious Omicron variant is also keeping many people away from shopping centers and restaurants.

So while everything is officially open, many businesses are still feeling the crunch.

Government gives itself a star of excellence

“All businesses are in excellent shape and I am happy for it. All the shops and restaurants were full in Modi’in. As of today, from talks with businesspeople, the problem is manpower shortages,” he told reporters.

Liberman’s anecdotal evidence aside, Israel’s overall economic figures do suggest that it has weathered the Corona storm better than most countries.

Health Minister Nitzan Horowitz added that while things are not ideal for folks on the ground, in the big picture Israel has managed to avoid overwhelming its healthcare system. The government is doing “excellent work,” insisted Horowitz, arguing that other nations where Omicron has hit are doing much worse.

While remarks by his top ministers signaled a disconnect from most average Israelis, Prime Minister Naftali Bennett wrote on Facebook that he is fully cognizant of the present difficulties:

“I understand the frustration and I am listening to it. I also have children in school, and we are also trying to maneuver this complex situation.

“I am listening to the distress, to the long lines and the high price of tests. We are working to alleviate things as much as possible, but we will all need patience and resilience.”