Jerusalem continues to burn, but so far there have not been any deaths in over a week of violent confrontations. Authorities worry that a fatality on either side, Jewish or Arab, would greatly exacerbate tensions.

That nearly happened on Monday morning when a mob of Palestinian Muslim youth attacked and attempted to lynch Jewish motorists just outside Jerusalem’s Old City. 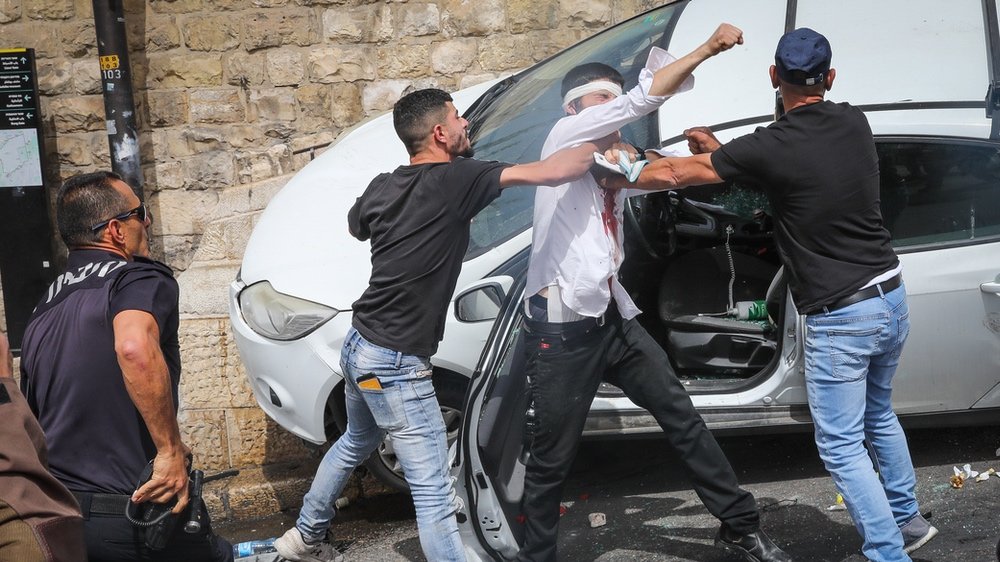 Palestinians rioters pull a Jewish man from his wrecked vehicle as a police officer rushes to the scene.

The two young religious Israelis were driving near the Lions’ Gate on the eastern side of the Old City when they were set upon by Palestinian stone-throwers, who mercilessly pelted their vehicle.

As the Jews attempted to escape, one of the rioters opened the car door and tried to pull out the driver. He then hit the gas, lost control, and rammed into one of stone-throwers. 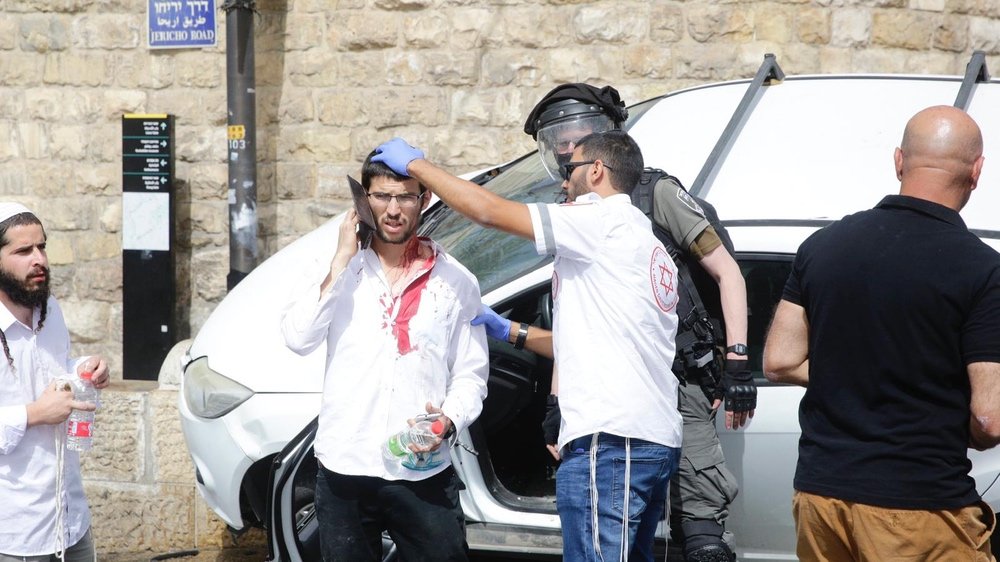 Immediately, the rest of the mob descended on the vehicle and began attacking the two Jews, who’s lives were saved thanks to the quick actions of a nearby police officer, who rushed to the scene, fired his weapon in the air and chased off the assailants.

“Their lives were clearly in danger,” the officer later told Channel 12 News. The following security camera video footage confirms the officer’s account regarding the severity of the situation.