The Messianic Jewish village of Yad Hashmonah was among the communities threatened by a major forest fire just west of Jerusalem on Wednesday. Residents of several communities had to be evacuated as dozens of teams of firefighters and at least 10 firefighting aircraft battled the blaze.

Days earlier, a wildfire threatened the town of Tzur Hadassah just south of Jerusalem. It took most of the day for firefighter teams from as far away as Tel Aviv to bring the flames under control. 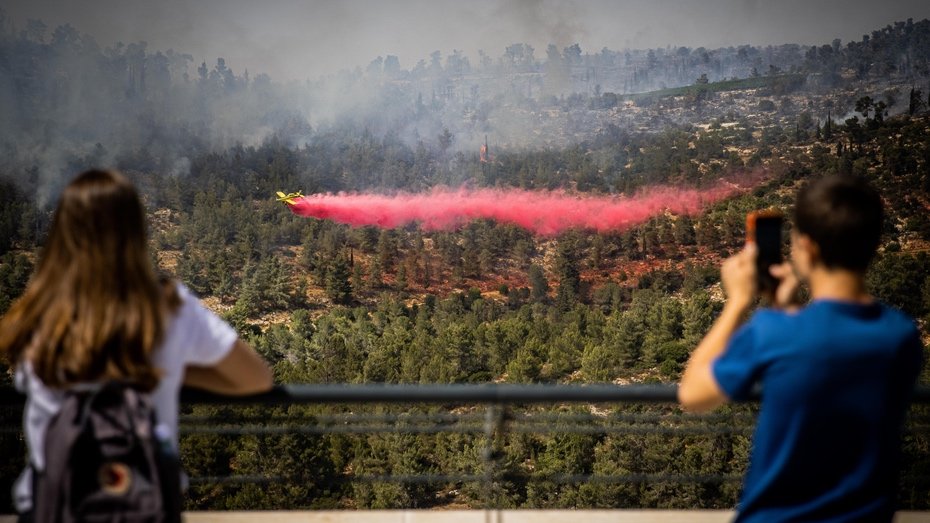 A firefighting aircraft drops fire retardant on the forests west of Jerusalem on Wednesday.

A new fire broke out near the religious Jewish settlement of Beitar Ilit just south of Jerusalem on Thursday afternoon. By press time the massive fire was still out of control, effectively isolating Beitar Ilit, nearby Tzur Hadassah and the small Arab village of Wadi Fukin that lies between the Jewish towns.

Authorities increasingly suspect that the fires are being deliberately set as acts of terrorism against the Jewish state.

So far there have thankfully been no injuries or major property damage, but many acres of forest have been scorched.