Today Leah is a promising, peppy young soldier in the IDF, but just a few years ago she says Israel wasn’t even “on her radar.”

Due to their father abusing them, Leah Kravitz and her siblings were removed from their home in the Ukraine and sent to a Jewish orphanage/boarding school in Odessa.

“In the [orphanage] you have to fight for everything,” Leah recalls, “Nothing is yours. You share a room, clothes, belongings. If you somehow get something that belongs to you – it is stolen from you. That’s the perception I lived with all my life, so I didn’t know it was wrong. You can’t miss something you did not know you had lost; and I really did not realize it was wrong until I came to Israel and learned that life can be done differently.” 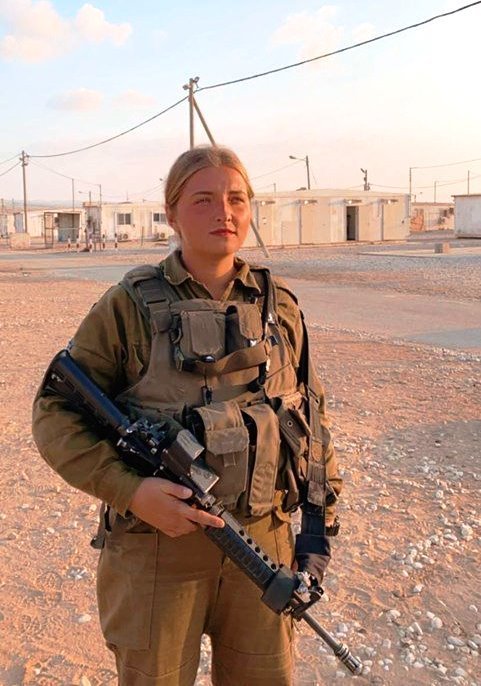 Her arriving in Israel was almost accidental.  She recalls, “At the orphanage we were taught a little about Jewish holidays and customs, but five years ago if you would have asked me if I imagined I would immigrate to Israel and enlist in the army – I would have laughed in your face.”

Leah suddenly had the idea of moving to Israel after she accidentally found a book in the orphanage library at age 17. The book was “Exodus” and it tells about how holocaust survivors tried to get through the British blockade and into Israel right after World War II. “I read about the journey these people made, how much they struggled to get to the country, sometimes in life- threatening situations.  I could almost see before my eyes their wars, and feel the heroism; and I realized I could not remain a spectator. I must be a part of it.”

Leah decided to make Aliyah, all alone. She packed her bags, parting from her siblings, her mother-tongue and motherland to move to Israel.

She was pleasantly surprised when she got here. “It’s hard to understand how different Israel is from Ukraine. Everyone here is nice, everything is clean, everyone wants to help. I once bought coffee while in my [IDF] army uniform, and the seller told me it was free for me. I burst into tears. A little gesture can make you feel so at home.”

Initially she had not known she would join the IDF but just wanted to help in any way possible.

She started learning Hebrew and soon heard about the option of serving in the IDF. She enlisted and continued studying Hebrew in the army. Today she is part of the Karakal border patrol unit.

“Is everything easy? Absolutely not. But it’s an inexplicable feeling, a real mission, not a cliché. At first I had fears: How will they accept me? Will I manage? But they disappeared as soon as I enlisted. All my needs are taken care of. I have an apartment with a few other girls, and I have my own room. This is the first time in my life that this happened. I have a bed, a closet, a shelf. It may sound simple, but for me it’s so much.”

“The people here [in the army unit] know me very well. They know what I want to say even before I say it. At the end of our basic training march to earn our beret, when we arrived at the ceremony, all the families came to support and only mine did not come. It was a difficult moment. I felt alone, but I looked sideways and realized it [my unit] is my real family.”

She misses her siblings greatly. They are still in the Ukraine. “But I knew it was something I had to do, and that it was also an example for them – that you can do anything you dream of. I want them to immigrate too. I am encouraging my sister to be combat soldier like me. It’s the best thing I have done for myself. I get up every morning and say thank you for what I have.” 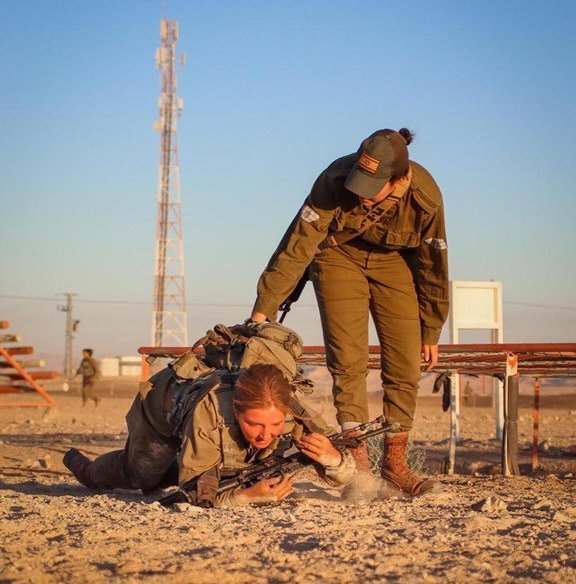