Operatives from Hamas’s military wing, the Al-Qassam Brigades, have been digging tunnels near medical clinics, schools and mosques, stated officials.

“They know that these places show up on our map as sensitive sites—and that’s where they place their infrastructure,” said an IDF source. “I can tell you that in the last campaign, the map of sensitive sites was the target map” due to Hamas’s human shielding modus operandi, he reported.

Rocket-launchers, for example, are installed underground next to a mosque; upon being activated, a multi-barrel launcher will rise out of the ground, fire its projectiles at Israeli civilian areas and flip back down.

“Their doctrines require tunnels dug underneath civilian neighborhoods. Hamas is constructing safe havens beneath the neighborhoods. That was [also] the situation in the last campaign,” said the official, referring to “Operation Guardian of the Walls” in May 2021, when Hamas fired more than 4,000 projectiles at Israeli cities and towns. 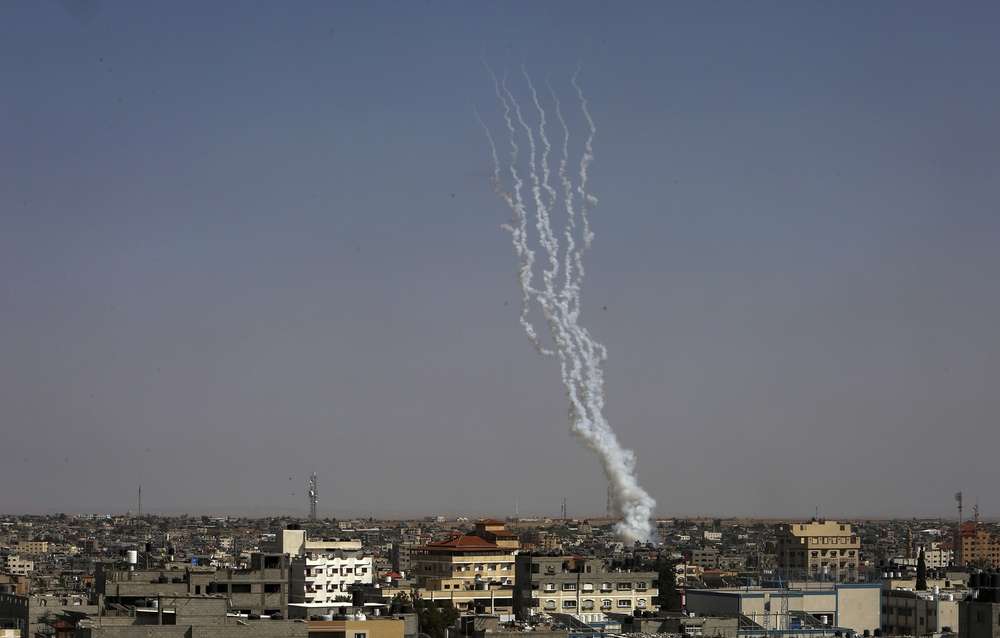 Hamas terrorists firing rockets toward Israel from the heart of a civilian neighborhood in Gaza in May 2021. Photo: Abed Rahim Khatib/Flash90

“They will attack our neighborhoods from such locations. This is the opposite of any international law,” said the official.

“When the commanders of Hamas sit around a table planning the next war, they take the IDF’s rules of engagement, which are safety precautions before striking, proportionality and distinction [between combatant and noncombatant], and use them for their advantage,” he added.

An additional IDF official shared footage of three previously unknown areas of Hamas tunnels and weapons storehouses, including near the Islamic University of Gaza, where an opening to a network of terror tunnels is located, including a tunnel that runs adjacent to a United Nations Relief and Works Agency for Palestine Refugees (UNRWA) school and a franchised Pepsi bottling factory, and one running close to a medical clinic and ambulance center.

The goal of sharing such information is to raise awareness of the complexities of the conflict between Israel and terror organizations, said the officials.

“I don’t believe another country is subject to direct rockets launched at cities by terrorist organizations. The last attack occurred two-and-a-half weeks ago,” said another source. “The strategy of Hamas is to employ civilians as human shields … it’s a method.”

Some of the footage shared by the military showed a combat tunnel creating an unstable hole in the ground close to the UNRWA school.

“The tunnels are not stable; they can collapse at any time, endangering UN workers and civilians,” said the official.

Palestinian Islamic Jihad (PIJ), the second-largest terror faction in Gaza, also embeds its weapons and tunnels within civilian communities; in January 2021, the home of an operative was demolished by an accidental detonation. A similar blast tore through a large open-air market in the Gaza Strip last July, caused by a PIJ-run weapons storehouse accidentally detonating, said the official.

Images were also shown of what the IDF officials said was a factory that creates supporting arcs used by Hamas to fortify the tunnels.

More than 60 miles (some 100 kilometers) of underground tunnels were destroyed by the Israeli Air Force during the 11-day conflict last May.

“We have developed these strike abilities in the last 10 years in the IDF,” said the official, referring to “the capability of destroying underground targets. Hamas could have put efforts and resources to enable civilians to recover, instead of building a terrorist city underground.”

“All of these rockets have been incorporated into neighborhood schools and mosques. And they’re going after our cities—not military targets,” said the source. “They’re targeting the center of Sderot, Ashkelon, Netivot and Kiryat Gat.”

Since Hamas’s takeover of Gaza in 2007, Israel has been facing a geopolitical crisis, stressed the official, listing five major armed campaigns fought by Israel against Hamas and PIJ since that time.

“Even if we go to a Gaza campaign, the potential to make progress on the national security of Israel is very small” due to those issues, said the source.

“The first major issue is that Gaza … is governed by a terror regime, and it is illegal. The main issue is that this truth influences the possibility of moving further with someone [on the Palestinian side]. A legal party is required,” he added.

“The second main issue is the dire humanitarian situation in Gaza. Poor civilian characteristics harmed those 2.2 million people [who live in the Strip]. Because there is no sewage system, the education system is entirely sponsored by the United Nations through UNRWA. There is no fresh water. There is no method for obtaining fresh water. Electricity. Gaza is without jobs, there is no economy.

“The third issue is the internal Palestinian conflict between Fatah and Hamas, which has been escalating since Hamas took over Gaza in 2007. They seized Fatah members who were under the PLO’s umbrella and threw them from the 14th floor of Gaza buildings, causing a severe dispute,” he added. 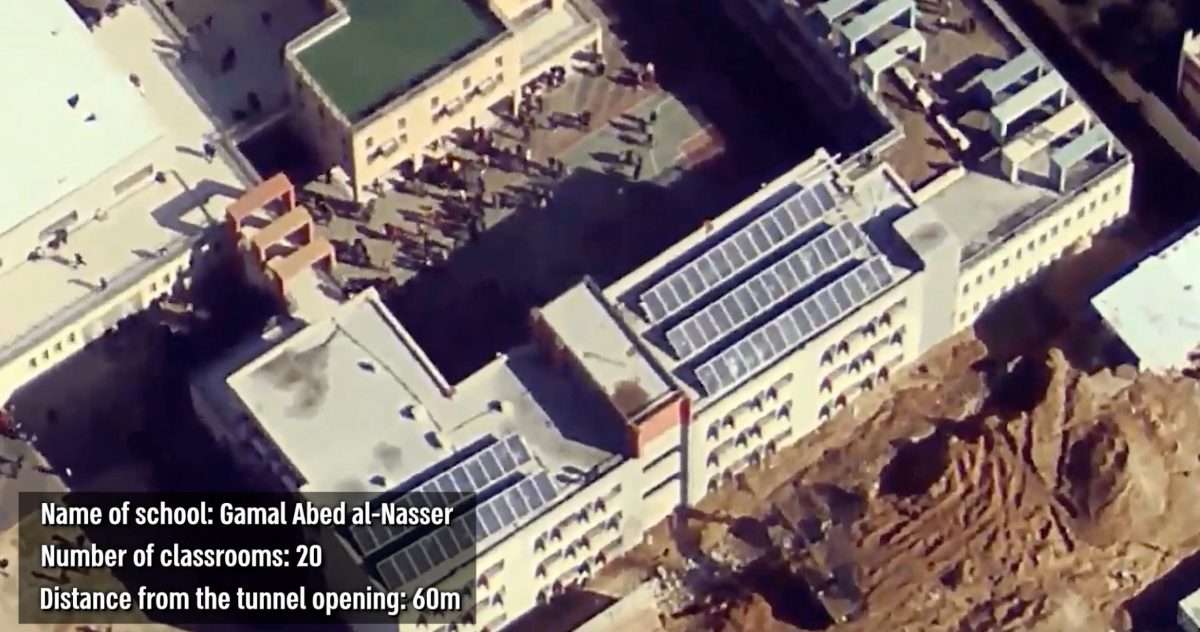 Image of terror tunnel built near a Palestinian school in the Gaza Strip. Credit: IDF.

‘Solve their own difficulties’

The source added that Israel is able to get involved in the Hamas-Fatah feud, adding that “it is not our business. We must allow them to solve their own difficulties.”

“I would compare Hamas to a scorpion that must sting. They are not aware of any other options. Because they are subject to a security siege on the sea and air, they have built an internal industry in Gaza, including missile factories. And for them, it’s good morning, let’s build rockets,” said the source.

The quantity of cement that has entered the Strip in the last 15 years for civilian construction could “build a quarter in Manhattan,” but instead went to building “hundreds of miles in Gaza under the ground and thousands upon thousands of rockets. There will be no sewage, no jobs—only tunneling, rockets and underground safe havens.”

Israel’s strategy in dealing with Gaza, said the source, is building a credible military threat and offsetting enemy capabilities, while also improving the civil-economic conditions in Gaza.

Retaking the Strip is not an Israeli interest, he said, while disengaging from it and waiting to see if it can “turn into Singapore” would likely lead to frequent wars. The remaining option, he argued, lies in military campaigns of deterrence, which are separated by as long a time period as possible, thereby enabling the western Negev to prosper and grow.