Unlike any other army in the world, the officers in the Israel Defense Forces (IDF) are the first to run into battle. So it was not unusual for Ahiya Klein, a young commander with special training in dismantling bombs, to be the first one down a dark tunnel into the Hamas-ruled Gaza Strip in search of enemy explosives.

The job is dangerous, and only the most qualified and motivated soldiers willing to volunteer are sent down into Hamas tunnels. Terror tunnels first need to be located, often under enemy fire, then blown open and checked out before they can be destroyed.

One such tunnel was uncovered on the Gaza border in 2013. After being lowered down into the sandy pit, Klein discovered an explosive device deep inside the dark and dangerous passageway. On his way back, as he was climbing up out of the hole, the device exploded prematurely in his face.

For months he fought back bravely in rehabilitation, but when the doctors finally took the bandages off his eyes, he couldn’t see a thing. Rattled and in shock, he asked how he could go on in life without his eyes.

That’s when Tikvot (Hopes), an organization which helps wounded soldiers rehabilitate through sports, stepped in and took responsibility for Officer Klein. Within months, they had him running a marathon in Venice, Italy with the “eyesight” of Meigal Attias, a former Israeli champion in athletics.

Today Klein jokes about it: “If it wasn’t for this injury, I never would have thought about starting to run in marathons.” In 2015, he took part in the Eilat Marathon and won it in the category for disabled persons.

“You have to know how to handle and accept the situation as is,” Klein says. “Of course it is not ideal, the injury really limits you, but you have to find a way to cope, like participating in marathons and triathlons. Many doors were closed due to my blindness, but many other doors have opened. You just have to know how to take advantage of new opportunities.” 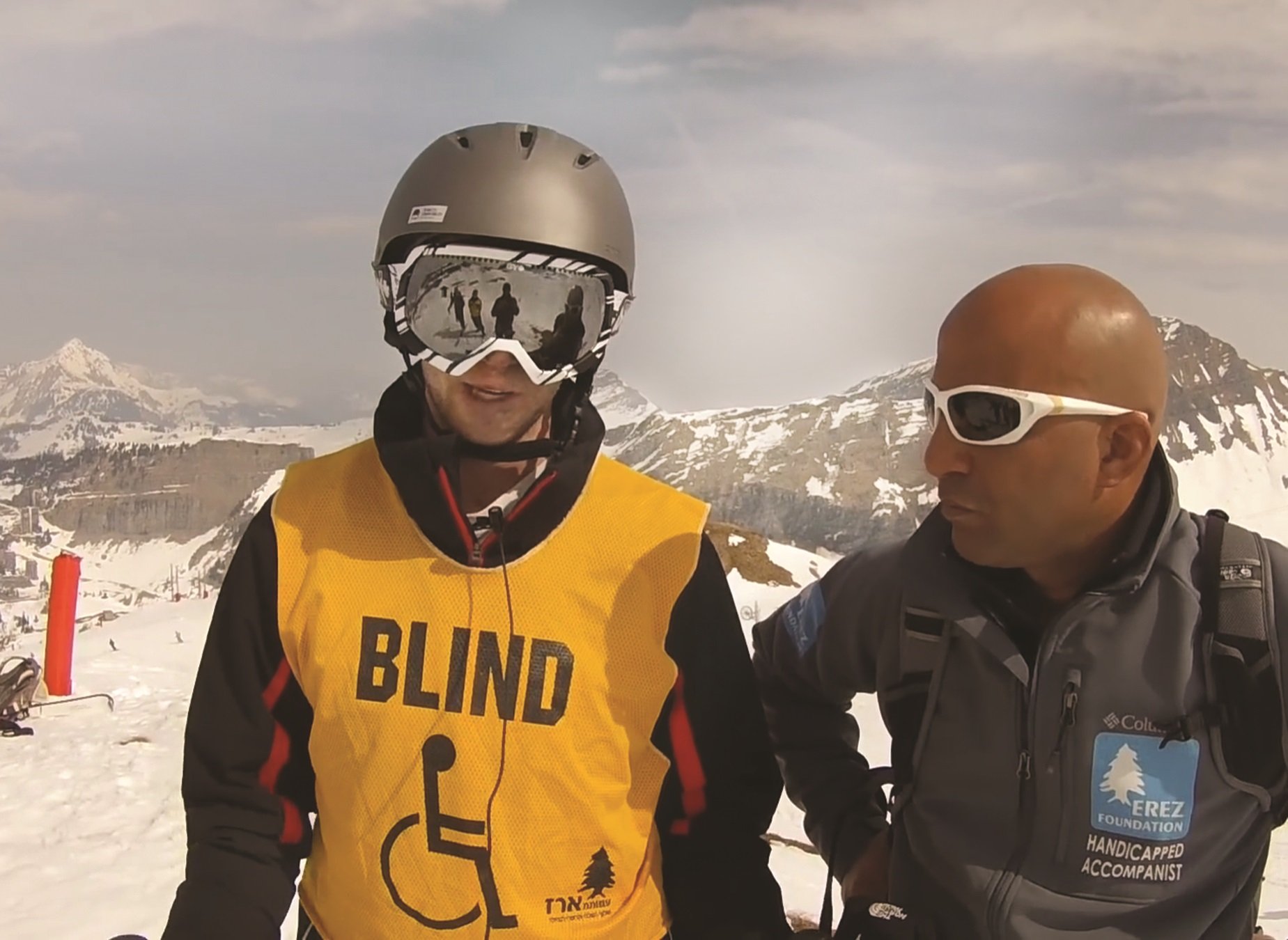