The Chosen is an internet streaming series dramatizing the daily lives of those who encountered Yeshua Hanotzri, Jesus of Nazareth. Ten episodes have already been released.

To me and my wife, the very first opening episode felt somehow overdone by overemphasizing the lost humanity and sin of Jewish Capernaum… and turned us “off.”

Only at the urging of friends did we go ahead and continue watching the series, this time with our kids. In the ensuing episodes we have often been pleasantly surprised at how the series conveys that spark of the people of Israel during their entire history who continue to seek God and remain faithful to Him in spite of themselves and the broken-ness of the world. That is the crucial context of New Testament which did not arrive in a vacuum.

The series seeks to provide context to traditional Jewish life of the first century, and even a smattering of Hebrew. This is a serious attempt to honor the original texts and their intent, while filling in fictional details with clever and enriching backstories for each disciple that are missing in the terse biblical telling. The cast of actors is surprisingly persuasive in most cases, even though their accents in the English language dialogue range from Spanish to Arabic to American, and some of the story’s details are predictably anachronistic. 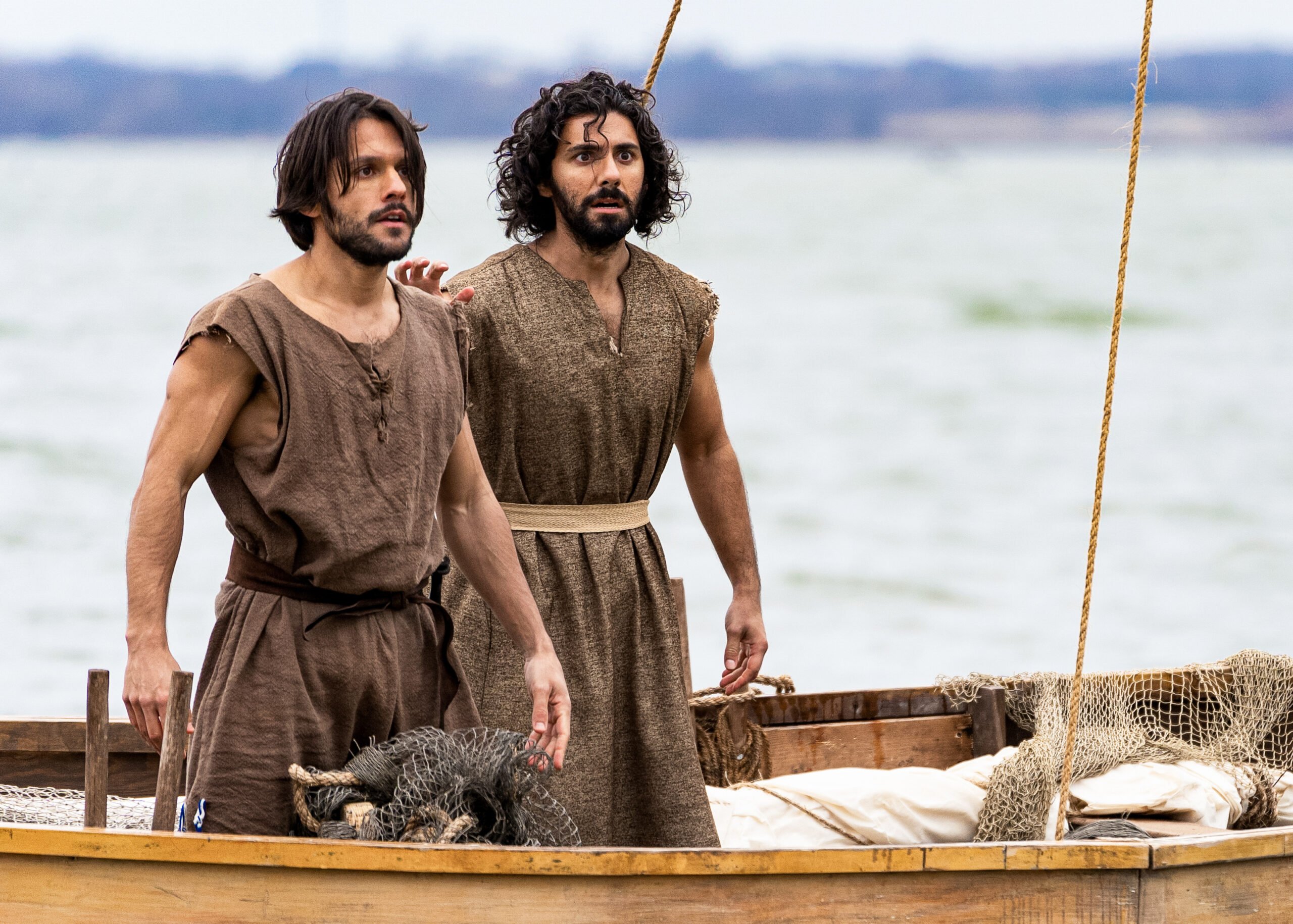 Simon Peter is played by Shahar Isaac, apparently the only actor with an Israeli background.

The initial “shocker” to pull the viewer in is Mary Magdalene’s plight as a traumatized girl turned demonized woman in the “red district” of Capernaum. Initially the esteemed Pharisee Nicodemus is called upon to free her but comes face to face with a human need so great only God could help. He fails to exorcise the “demon,” but is drawn inexorably into a spiritual search for the one he discovers has been able to free Mary Magdalene.

The characters of Nicodemus and Matthew are especially well-developed. We learn of the internal wrestling of Nicodemus as a Pharisee (the precursors of today’s ultra-orthodox Jews). He is caught between his own religious/intellectual success and his heart hunger to feel and see God intervene, including a rather convincing night time secretive conversation with Yeshua recorded in John 3.

Matthew is colorfully imagined. Instead of just a “tax-collector” and writer of the first Gospel, the viewer is beckoned to see him fleshed out as a childhood math genius suffering from obsessive compulsive disorder who is offered the unsavory job by the Romans as a young boy. He is wealthy but rejected by all his own people for helping the occupiers bleed his own people dry with their heavy taxes. Then he gets the unexpected call, “Come follow me.”

The characters in the series have a depth and texture of humanity that is sometimes overlooked when reading the Bible. Yeshua is practical and humorous. There are personal and intimate stories surrounding each miracle. It all feels authentic enough, even though the series was not shot here in Israel. For “mother” and “father” the characters use the Hebrew “emma” and “abba” yet call the Messiah Jesus instead of the Hebrew “Yeshua.”

The first season of the series attracted the largest crowd-funding response of any film project ever, passing $10 million. Seven seasons are planned. This is the first New Testament multi-season series that can plug into the “Netflix-style” binge-watching phenomenon. My family is waiting for the next episode to be released. www.thechosen.tv