Israel at the weekend came within a breath of finally officially recognizing the Armenian Genocide at the hands of the Ottoman Empire during World War I.

“The State of Israel recognizes the terrible suffering and tragedy of the Armenian people,” the Israel Foreign Ministry stated following the decision by US President Joe Biden to officially recognize the Armenian genocide committed by the Ottoman Empire 106 years ago.

“Especially these days, it is our responsibility and that of the countries of the world to make sure that such incidents do not recur,” the statement said.

The State of Israel has yet to officially recognize the mass killing of Armenians by the Ottoman Empire in 1915 as an act of genocide. Several Israeli lawmakers and officials have long called on the state to do so, insisting that the Jewish state, which rose from the ashes of the Nazi Holocaust, has a duty to recognize and stand with any other peoples facing or who have faced such atrocities.

In May 2019, Opposition Leader Yair Lapid insisted that “the time has come for Israel to officially recognize the genocide of the Armenian people and stop giving in to Turkish pressure. We have a moral and historic responsibility to remember the genocide and to stand behind ‘never again.’ This is true for every nation.” 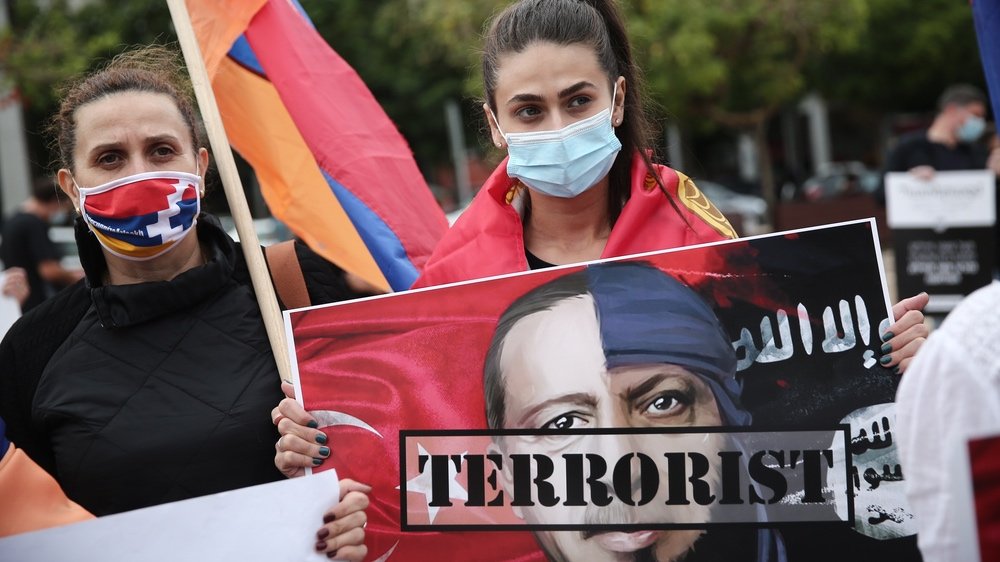 Armenians in Israel equate the Turkish leadership with ISIS as they protest Israeli arms sales to Turkish ally Azerbaijan.

Until now Israel has declined to officially recognize the Armenian genocide in order not antagonize the Turkish government, despite a vote advocating official recognition by Knesset Education Committee in August 2016.

Biden said in a statement on Saturday that “we remember the lives of all those who died in the Ottoman-era Armenian genocide and recommit ourselves to preventing such an atrocity from ever again occurring.”

Turkish Foreign Minister Mevlüt Çavuşoğlu said Turkey has “nothing to learn from anybody on our own past. Political opportunism is the greatest betrayal to peace and justice. We entirely reject this statement based solely on populism.”

Turkish President Recep Tayyip Erdogan vehemently denies the Armenian claim of mass killings and forced deportations of roughly two million Christians by Turks and other Muslims during a period of thirty years (1894-1924).

See related: In War Between Muslims and Christians, Who Will Israel Back?

With reporting by TPS.