More than 200 Israelis have now contracted COVID-19, commonly referred to as the coronavirus. And while the Jewish state has not suffered any deaths related to the pandemic, the nation has nevertheless been put on near-lockdown.

Prime Minister Benjamin Netanyahu announced on Saturday evening that “we are at war with an invisible enemy,” but reassured Israelis that just as with all our other enemies, “we can beat it.”

Doing so, however, is going to require that Israelis “adopt a new way of life,” at least for the time being.

Among the escalated measures Netanyahu announced were:

In short, Israel wants everyone to stay at home and to avoid personal contact with others. In this way, the spread of the coronavirus can be slowed, enabling the health care system to adequately treat those who are sick. 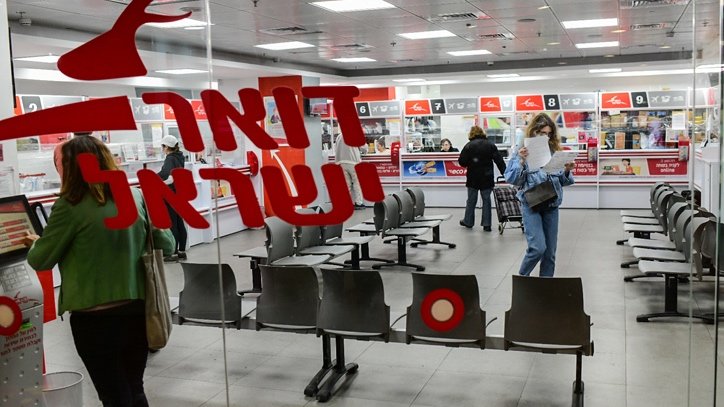 When the Israeli post office is this empty, you know the end times have arrived.

Maintaining discipline in an undisciplined society

While the above measures are drastic, they are largely precautionary in nature. Netanyahu stressed that Israelis need to heed the authorities, but also refrain from panic.

He knows his people well.

In such situations, Israelis typically react in one of two ways:

Israel is highly creative and innovative, but it is not a very disciplined society. Maintaining some degree of discipline is going to be the government’s biggest challenge in the coming days and weeks. 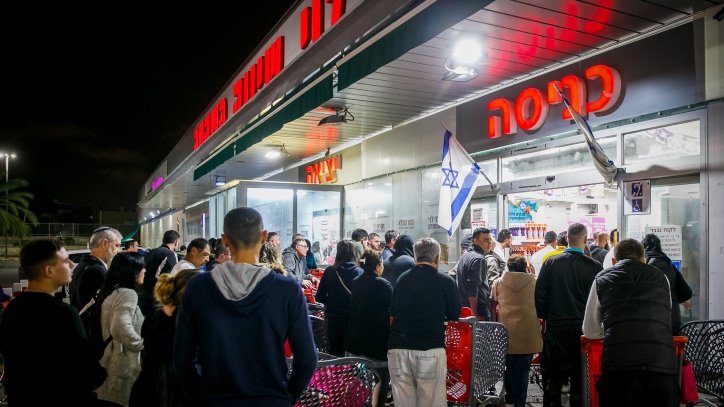 Panicked Israelis line up to raid a supermarket as Shabbat comes to an end.

The petty personal politics that have prevented Israel from establishing a government for the past year are even less palatable to average Israelis than they were a month ago.

Given the unprecedented situation, Netanyahu openly called on his political rivals to put everything else aside and join him in an emergency national unity government in order to defeat the “invisible enemy.”

While Benny Gantz of the opposition “Blue and White” party initially voiced acceptance of Netanyahu’s offer, he and his colleagues later accused the prime minister of exploiting the global crisis.

They say that Netanyahu is once again shown to be the luckiest politician on earth. Despite his Likud winning the most seats in this month’s election, Netanyahu was on the verge of having his premiership snatched from him and was just days away from going on trial on charges of corruption.

Now he looks like a selfless savior by offering his hand to his foes in order to confront a threat to everyone, and his trial has been postponed for months at least.

As we go to press, Gantz now says he will only join an emergency unity coalition if Netanyahu does go on trial this week.

Calling up the reserves

Even the Israeli army is being called into action to help win this war. Not because its advanced arsenal of weapons will have any effect, but because Israel is facing a lack of manpower.

Over 600 Israeli doctors and nurses have had to enter self-quarantine after coming in contact with potentially infected patients, and law enforcement officials are stretched thin trying to implement the government’s new regulations. 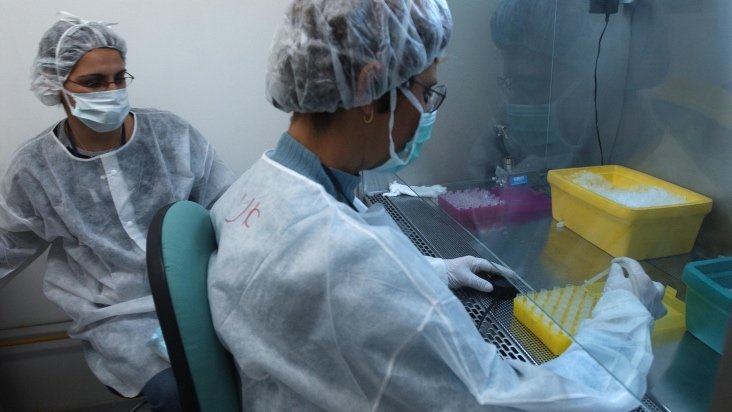 Israel’s finest are working feverishly (forgive the pun) to put an end to the coronavirus.

A cure in the works?

There have been widespread rumors that Israel is very close to a vaccine against COVID-19, so Israel Today got in touch with various laboratories and Health Ministry officials to ascertain the truth of the matter.

In fact, a bio-technology firm in the north of Israel had unwittingly gotten a head start of several years on the current coronavirus and believes it could have a vaccine ready for the public within weeks.

A full report on that vaccine will be published for our Members in the coming days. Don’t miss it – SUSCRIBE TODAY >>