It is no secret that Jerusalem’s Arab residents are particularly vulnerable to the spread of the coronavirus. Gabi Barabash, professor of epidemiology and preventive medicine, explained that Israel must give priority to East Jerusalem in the fight against COVID-19. But that is easier said than done.

“Fatah [the ruling faction of Palestinian President Mahmoud Abbas] has been trying in recent weeks to take advantage of the situation to establish its own authority over East Jerusalem,” said N12 security expert Ehud Yaari. “To this end, Fatah has founded an emergency committee that distributes food in the Arab residential areas in East Jerusalem, sets up unauthorized roadblocks and provides residents with medical care. They are trying to create an alternative government system in East Jerusalem.”

This has created confusion among the Palestinian Arab population in Jerusalem. People don’t to whom to listen – the Israeli Ministry of Health and police, or the Fatah representatives on the ground in these Arab neighborhoods. The Israeli security services are of course fully aware of the situation, and recently summoned the Palestinian Minister for Jerusalem Affairs, Fadi Al-Hidmi, to warn him against political activity in the Israeli capital, which is a violation of the Palestinians’ signed agreements. The top Fatah representative in East Jerusalem, Ahmed Tur, was issued a similar warning.

The primary obstacle now to halting the spread of the coronavirus in East Jerusalem is Fatah itself.

I have had several telephone conversations with Arab friends and acquaintances in the neighborhoods of At-Tur on the Mount of Olives, Shuafat at the eastern exit from Jerusalem towards the Dead Sea, and Silwan below the Dung Gate of Jerusalem’s Old City. Every one of them has told me that their greatest concern at present is the withdrawal of Israeli medical assistance with the arrival of Fatah.

“Fatah is more concerned with stirring up trouble that providing aid,” Jalal from At-Tur told me. He said that the situation had become so untenable that armed Palestinian clans north of Jerusalem had given Fatah activists an ultimatum to remove their checkpoints. These are powerful Palestinian clans from the village of Kfar Aqab between Jerusalem and Ramallah who are active in drugs and other illicit trade.

Meanwhile, the new Palestinian Authority Prime Minister, Mohammad Shtayyeh, has turned the fight against the coronavirus into a private campaign to improve his position in the Palestinian battle for succession. Palestinian President Mahmoud Abbas has been in quarantine since returning from London, where he visited his nephew. Shtayyeh is now taking advantage of Abbas’ absence in Ramallah to demonstrate his “leadership” abilities, which includes conducting a vicious defamation campaign against Israel. 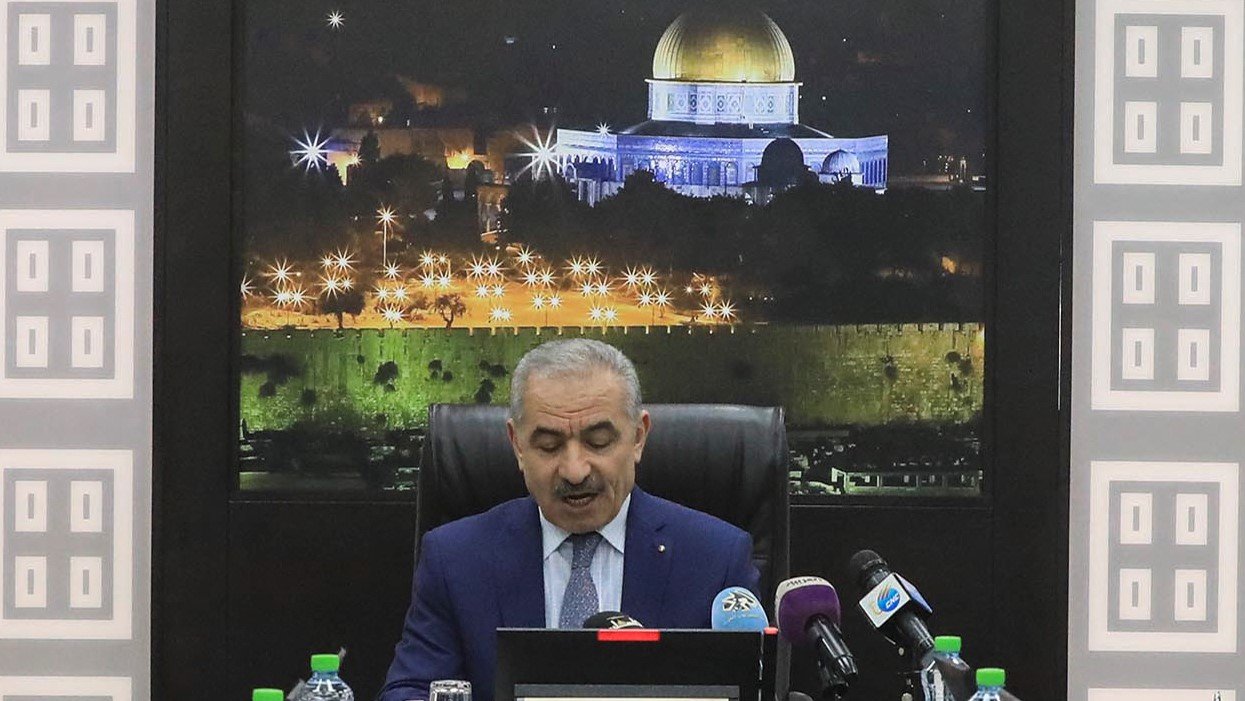 But even as he tries to blame Israel for the spread of coronavirus with accusations that resemble medieval blood libels, Shtayyeh is also demanding financial guarantees from Jerusalem after the Palestinian Authority’s tax revenues plummeted by 60 percent in recent weeks.

And all of this–from Abbas’ absence to Fatah’s effort to illegally establish authority in East Jerusalem to Shtayyeh’s incitement against Israel–has torpedoed Israel’s efforts to help curb the spread of COVID-19 among Palestinian Arabs in East Jerusalem, which some fear could become a new epicenter for the virus.