Coronavirus might have changed many things, but Israel will ensure that the “Holy Fire” still burns

The coronavirus has completely altered our everyday lives and made impossible many things that we took for granted. Even major international events like the Olympics had to be canceled or postponed.

And while the Church of the Holy Sepulcher in Jerusalem’s Old City has also been closed amid a nationwide lockdown, Israel is going to let it open for one very special event this weekend.

On Saturday, April 18, one day before the Orthodox Christian Easter, the Jewish state will make sure that Christians of Orthodox persuasions don’t miss out on what they believe is the annual “miracle” of the Holy Fire. 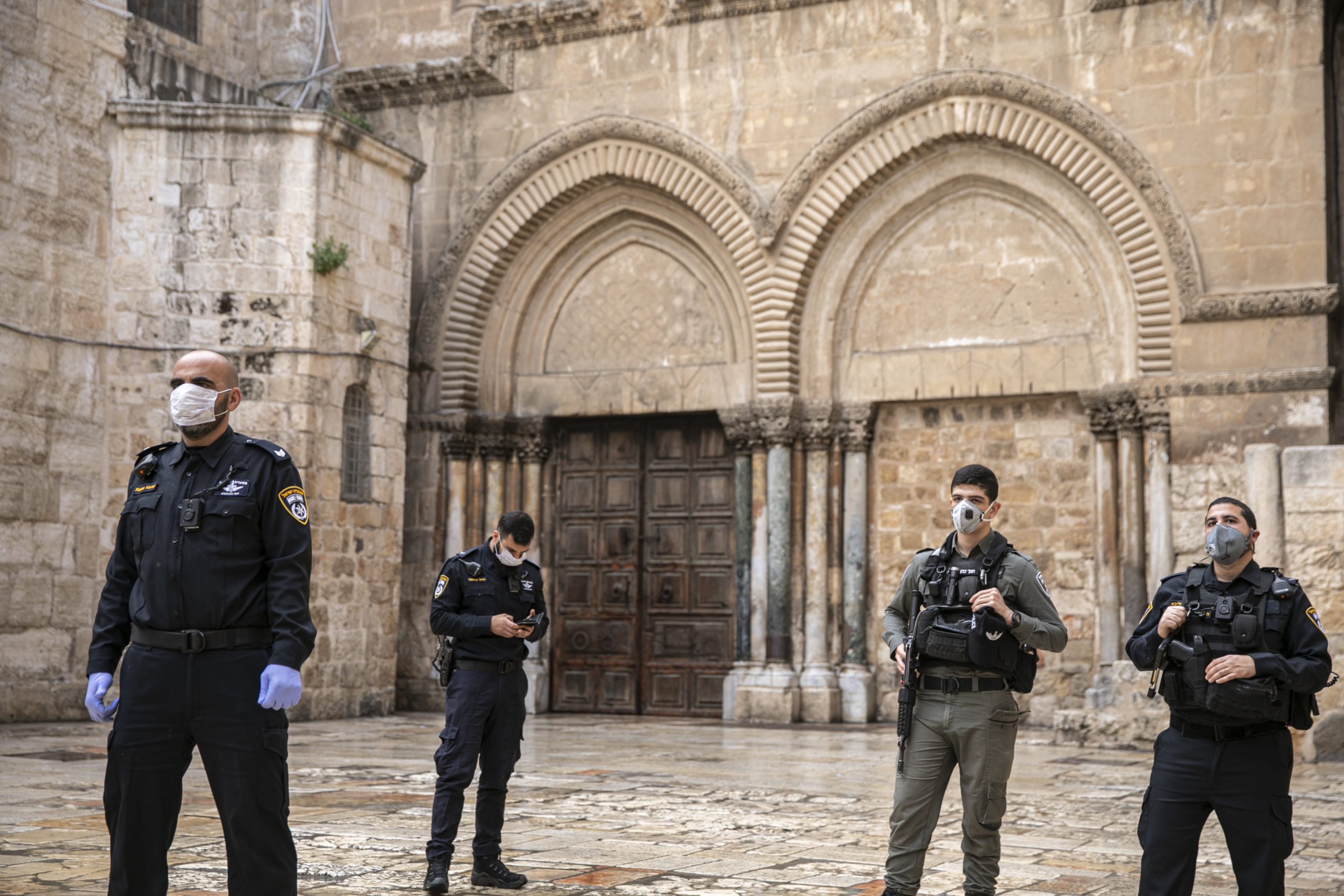 Like all houses of worship, the Church of the Holy Sepulcher is closed.

Of course, Israel can’t allow entry to the tens of thousands of Christians who usually participate in the event, in which Orthodox Churches claim a divine fire descends from heaven upon the place were many believe Jesus was buried. But Israel will grant entry and provide escort to representatives of the various churches so that they can witness the “miracle” and take the Holy Fire to their home countries. 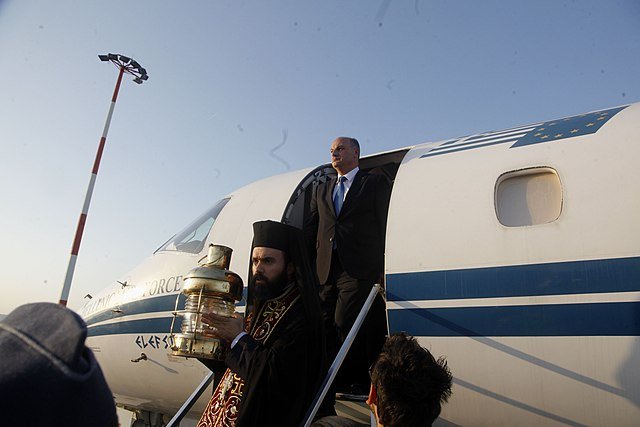 For decades, the Holy Fire has been flown directly from Israel to the various Orthodox Christian countries, such as Greece, Russia, Bulgaria, Romania and Armenia. And the Jewish state is determined that this year will not be any different in that regard, in spite of the coronavirus crisis.

Earlier this month, Israel issued special instructions to the churches and countries desiring to participate this year and to take home some of the Holy Fire. 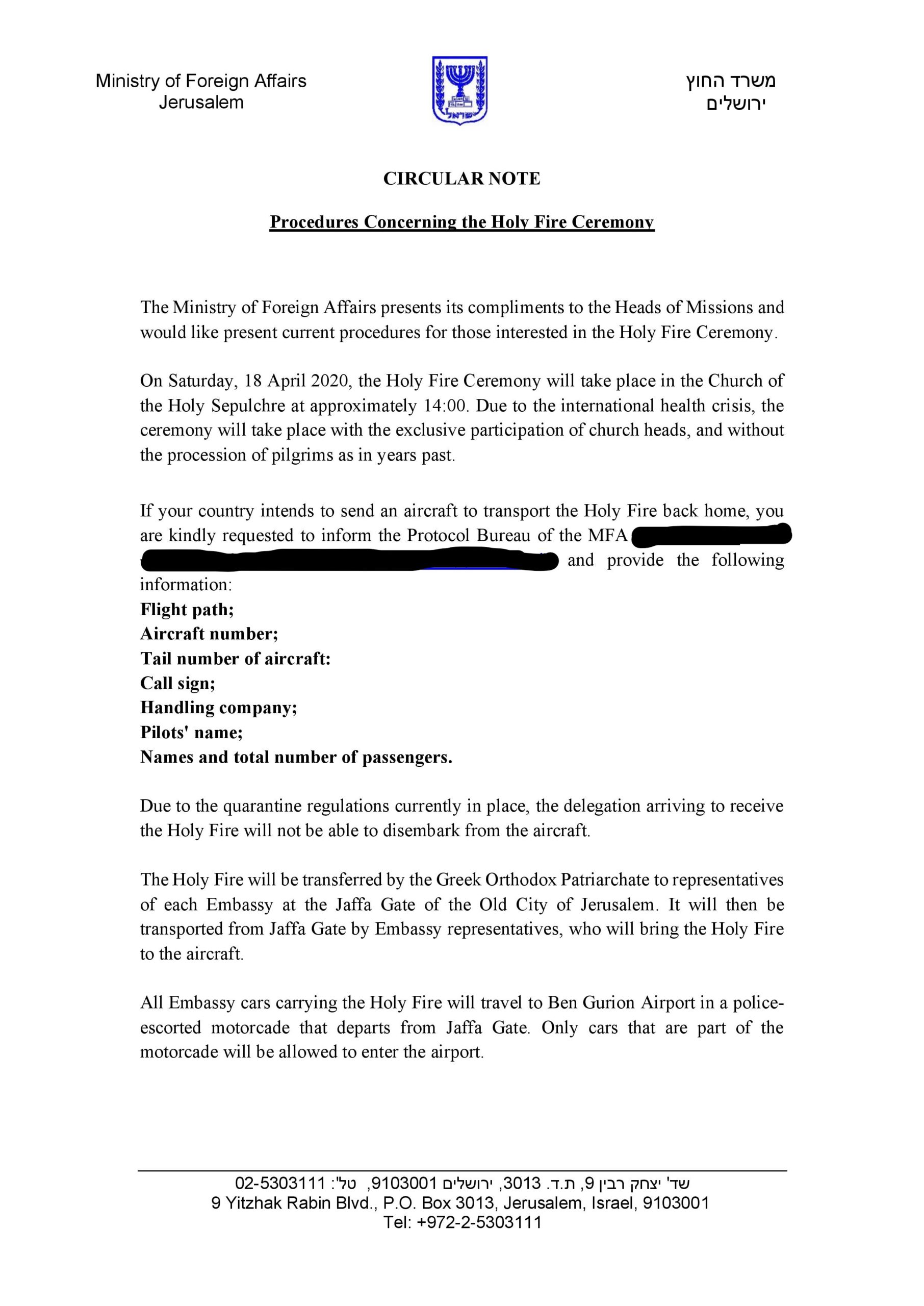 Delegations from the countries in question will fly to Israel, but must remain on their planes. Representatives of their respective churches who are already based in Israel will actually attend the event and then bring some of the Holy Fire to the planes of the delegation, all with an Israeli police escort.

It is an extraordinary gesture by Israel that once again demonstrates the Jewish state’s commitment to preserving the Holy Land as the cradle of not only the Jewish faith, but of the Christian faith, as well.