Lebanon is still officially at war with Israel, and hosts groups like Hezbollah that are wholly dedicated to the Jewish state’s destruction. But none of that stopped Israel on Tuesday from being among the first to offer aid to Lebanon after a massive explosion rocked Beirut.

Video clips showed a mushroom cloud rise over the port of Beirut as a warehouse packed with dangerous chemicals ignited, sending a deadly shockwave through the city.

Lebanese officials said the explosion was the result of a fateful accident, refuting initial speculation that Israel had bombed a Hezbollah target in the area.

At press time, the official death toll was around 100, with nearly 3,000 wounded. But those numbers were expected to rise significantly as rescue forces began to clear the rubble. Many of the video clips of the disaster showed the shockwave demolishing entire buildings.

“This reminds me of what happened in Hiroshima and Nagasaki,” Beirut Governor Marwan Aboud told Sky News. “I don’t know how we’re going to recover from this.”

As noted, Israel wasted no time reaching out to Lebanon with offers of aid and assistance. Despite its small size and limited resources, the Jewish state is often first in line to help following disasters anywhere in the world. (See: Israel’s Helping Hand)

Unfathomable tragedy unfolding in #Beirut. The region and the world must come together to help the people of #Lebanon through this time of anguish. #Israel has already offered assistance through the #UN. #BeirutBlast

Meanwhile, Israel President Reuven Rivlin tweeted in Hebrew, Arabic and English that the Jewish state’s desire to help is sincere, and that Israel stands with Lebanon in this time of tragedy.

We share the pain of the Lebanese people and sincerely reach out to offer our aid at this difficult time. https://t.co/E9xyZGMVnE

The Israel Defense Forces (IDF) also tweeted that now is a time to transcend conflict and help one another.

Under the guidance of the @Israel_MOD and @IsraelMFA, Israel has offered to send humanitarian & medical assistance to Lebanon via security and international channels.

This is the time to transcend conflict. pic.twitter.com/tUvGFTGBeR 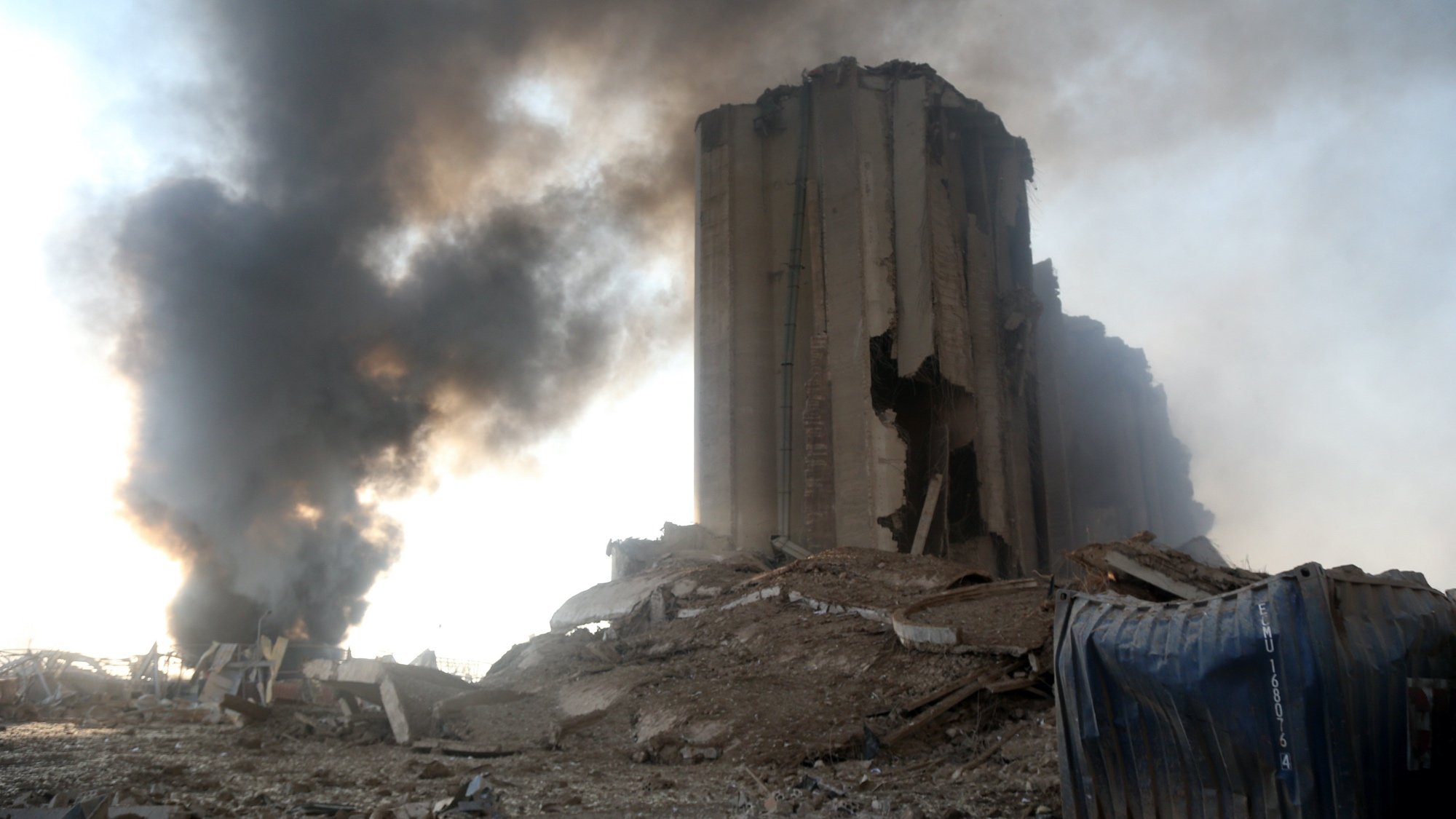 The shockwave demolished buildings for miles around the site of the explosion.

With the high casualty figures threatening to overwhelm Lebanon’s hospitals, some of which were damaged in the blast, three large Israeli medical centers have offered to take in and treat wounded Lebanese.

Rambam Medical Center in Haifa and Ziv Medical Center in Safed (Ts’fat) both have extensive experience in treating patients from enemy nations. Both hospitals have helped thousands of Syrians wounded in their country’s ongoing civil war.

Dr. Salman Zarka, director of Ziv Medical Center, wrote in Arabic on his Facebook page: “We are experienced and ready!! People of Lebanon – we are ready to provide medical assistance as we did before with the people of south [Lebanon] and the people of Syria.”

The post by Dr. Zarka, who is the first Druze director of an Israeli hospital, went semi-viral, eliciting dozens of responses by press time. Over 75 Israeli Jews and Arabs commented on the post.

Of special note was the pride that local Arabs were taking in being a part of the State of Israel as its offers a helping hand to a neighboring Arab nation.

“Well done sir! Also a lot of our brothers and sisters in Israel are ready to help,” wrote an Israeli Arab healthcare worker at Herzliya Medical Center. Dr. Zarka responded directly that he is confident “the entire [Israeli] system will be happy to assist.”

Another Israeli Arab commenter wrote: “This is the beautiful face of the State of Israel.”

Tel Aviv’s Sheba Medical Center, the largest hospital in Israel, also said that it was prepared to take in wounded from Lebanon.

“We have offered any medical assistance needed to the injured in the Lebanon explosion disaster,” Sheba Hospital director Yitshak Kreiss told Israel’s Army Radio. “We are obligated to help anyone who needs assistance, especially our neighbors.”

Unfortunately, it is highly unlikely that Lebanon will accept Israeli assistance, or permit its citizens to be treated in the Jewish state. And this despite the fact that Lebanon was on the brink of total collapse even before Tuesday’s explosion.

For more on this topic, see: