For Israel’s new Prime Minister Naftali Bennet, this was his first military act. He has in the past taken the position that balloons and kites carrying incendiary devices should be equated with rocket attacks from the Gaza Strip.

An Israeli army spokesman said that Hamas military complexes used as training camps and mustering points for terrorists had been hit. “The terrorist organization Hamas is responsible for what is happening in the Gaza Strip and will bear the consequences of its actions,” the spokesman stated, adding that “the Israeli army is prepared for all scenarios, including another operation against Hamas, in view of the continued terrorist operations from Gaza.” 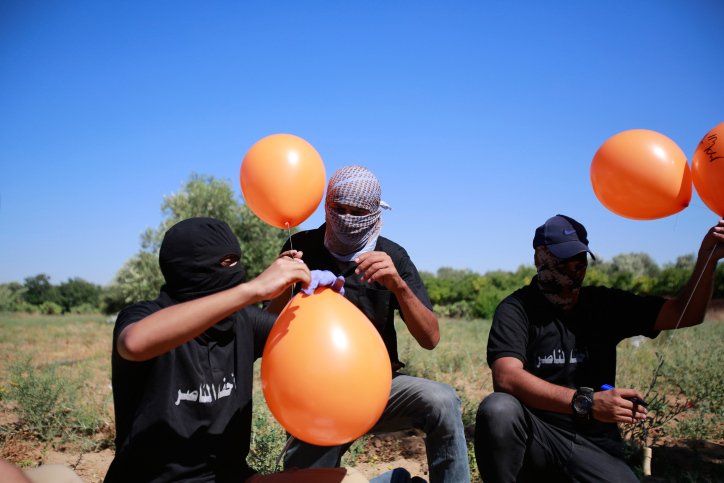 These are not preparations for a birthday party, but rather for terror attacks against Israel

The fire balloon attacks started early in the day in response to the new government’s approval of the Jerusalem “flag march,” during which right-wing Israelis celebrate Jewish sovereignty over the entirely of the Holy City. Dozens of balloons transporting explosive charges and other incendiary devices floated over the border into the western parts of the Negev region. At least 30 wildfires resulted, causing damage but no injuries.

In one incident, an explosive charge attached to a balloon exploded over a kibbutz in the northern Negev, resulting in a loud explosion that sent local school children running for safety.

Over the past day, arson balloons were launched from the Gaza Strip into Israeli territory. In response, overnight, IAF fighter jets struck military compounds belonging to the Hamas terror organization, which were used for terror activities. pic.twitter.com/1HgZwERaKh

Defense Minister Benny Gantz said after last month’s Gaza war that Israel would not tolerate any aggression from the terrorist-ruled enclave and would react harshly to any attack.

As a precautionary measure, the Israeli army had set up several Iron Dome batteries yesterday before the start of the flag march in Jerusalem to defend against a possible rocket fire from Gaza. Flights coming into Ben Gurion Airport were also rerouted. Hamas had threatened an escalation if Israel permitted the flag march to take place. 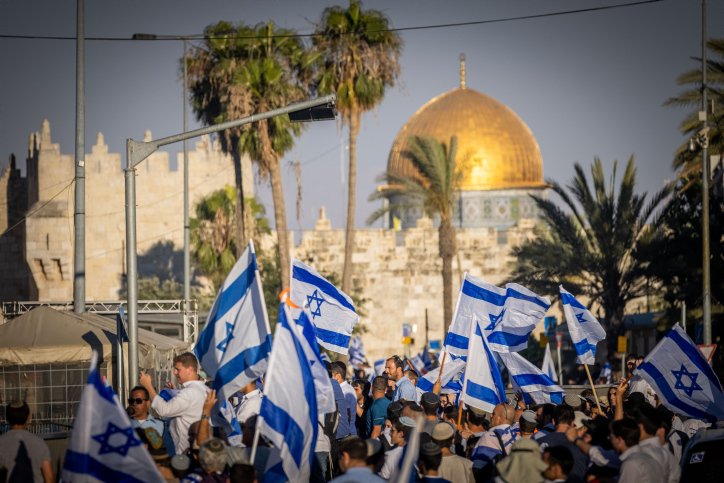 The flag march in Jerusalem went off without major incidents.

These defensive measures, together with the Police altering the route of the flag march to avoid more sensitive areas, were touted by Hamas as proof that it had forced Israel’s hand. A statement put out by the terror group celebrated what it called a “new formula of deterrence” and further read:

“The brave positions and decisions of the Palestinian resistance forced the Israeli occupation to change the path of the route away from Al-Aqsa mosque, change the civil air routes and beef up the deployment of the Iron Dome.”

Watch as the Jerusalem flag march concludes Tuesday evening at the Western Wall: