For decades the Palestinian nationalist cause has held the interests of the rest of the Arab world hostage. Everything was seen through the lens of “justice” for “Palestine,” but on such impossible terms that mutually beneficial partnerships had to be abandoned for the sake of toeing the party line.

To be sure, the United Arab Emirates (UAE) are still employing the same rhetoric, stating that their decision to normalize relations with Israel is first and foremost a move to save the two-state solution and future Palestinian independence.

But as suggested yesterday by Dr. Anat Berko, a former Member of Knesset and counter-terrorism expert, the reality is that a growing number of Arabs states are tired of having their national interests play second fiddle to the Palestinian cause. (See: Saudi Arabia Turns Against the Palestinians and Arab States Quietly Back Israeli Annexation)

“The Emirates did not slink into an agreement with Israel, but released themselves from the Palestinian ‘occupation’ of their national interests,” said Dr. Berko in a Facebook response to the bellyaching of Arab Member of Knesset Jamal Zahalka over the UAE announcement. “The Arab states,” added Berko, “are simply tired of waiting on the Palestinians to agree to some arrangement that doesn’t include the destruction” of Israel. She also noted that the Palestinians had made a major strategic error in aligning with Iran and Iran-backed proxies, which are the mortal enemies of the UAE and other Sunni Muslim states.

As for the UAE, what does an independent Palestinian state do for them? Sure, they might genuinely want to see that eventual outcome, but there’s no point allowing the lack of a Palestinian state at this time to prevent them moving forward with a partnership that will greatly benefit both them and Israel.

That’s why, despite the UAE’s official statements, I agree with Dr. Berko that this decision was much more about regional stability, mutual economic benefit and allying against the Iranian threat than an act of service to the Palestinian cause.

Remember that in making this decision, the UAE abandoned all previous preconditions for peace set by the Arab world.

In effect, the UAE got nothing in return for agreeing to peace besides the vague (and perhaps temporary) promise that Israel won’t carry out an annexation that most believe wasn’t going to happen anyway. Oh, and it also got the aforementioned benefits of partnership with Israel.

Perhaps “stopping the annexation” was just a convenient excuse to finally make a diplomatic move the UAE has wanted to make for some time? 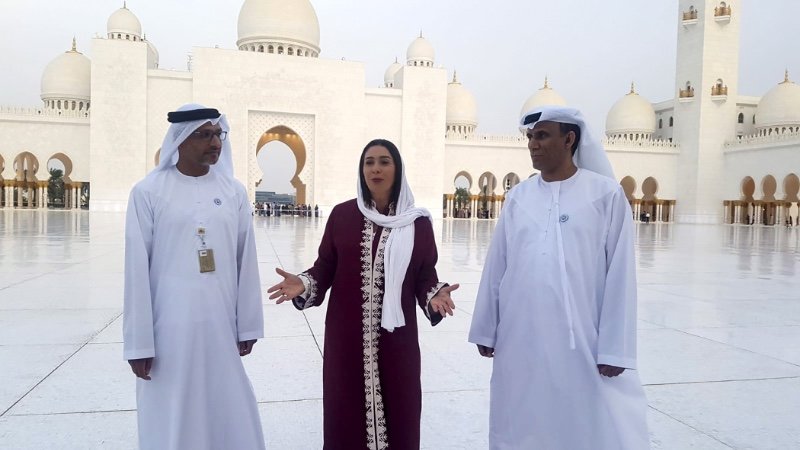 Then-Israeli Minister of Culture and Sport Miri Regev on an official visit to Abu Dhabi in 2018. The United Arab Emirates have been inching toward normalization for some time now.

Another interesting consideration is that Israel, with the help of US President Donald Trump, effectively turned the process on its head.

Ever since Israel’s rebirth 72 years ago, the formula has been that the Arabs do something drastic, something Israel wants stopped, and then demand concessions of Israel in return for halting what was typically military aggression or terrorism.

This time it was Israel’s turn. Annexing the Jordan Valley would be a drastic step that would effectively kill the vision the Arab world had of a future Palestinian state. Though, again, it’s questionable whether or not many Arabs still wanted that outcome. Even so, they had to at least pay lip service to a cause they had so long championed, and so they offered Israel an enticing concession to halt this “extreme” action.

Israel leveraged its position to force the hands of others in service to its own national interests. It needs to do much more of the same going forward. Because if we’ve learned anything from the past 25 years of “peace-making,” it’s that nothing in this region progresses by means of negotiations alone.