This month the Israeli Embassy in Japan launched a unique initiative including a series of projects in the eastern Japanese region affected by the earthquake, tsunami and radioactive disaster in Fukushima. The initiative marks the 10th anniversary of the disaster.

This new cooperation between Israel and Japan will include a variety of projects in the fields of technological innovation, economics, culture and welfare. The various projects will include key figures from the Israeli high-tech world, author David Grossman, the Boom Pam band and pianist-composer Shai Maestro. The initiative is a continuation of Israeli support for the region, which began immediately after the disaster.

Creating this platform for future cooperation will strengthen the friendship with the Japanese superpower and contribute to Israel’s political and economic strength.

Ten years ago, Israel was the first country to send a medical delegation to the disaster-stricken eastern Japan region to help those suffering. Despite significant difficulties encountered and bridged by the Israeli embassy, ​​including cultural, language, and coordination gaps, the delegation established a field hospital and operated in the area for over two weeks. Upon completion of its activities, the Israeli delegation donated all medical equipment at its disposal to a local hospital, including advanced equipment like ultrasound devices and more. The Israeli aid at the time has remained inscribed in the collective memory of the local residents, and has acted as fertile ground for the connection between the embassy and significant organizations and individuals of the region to this day. 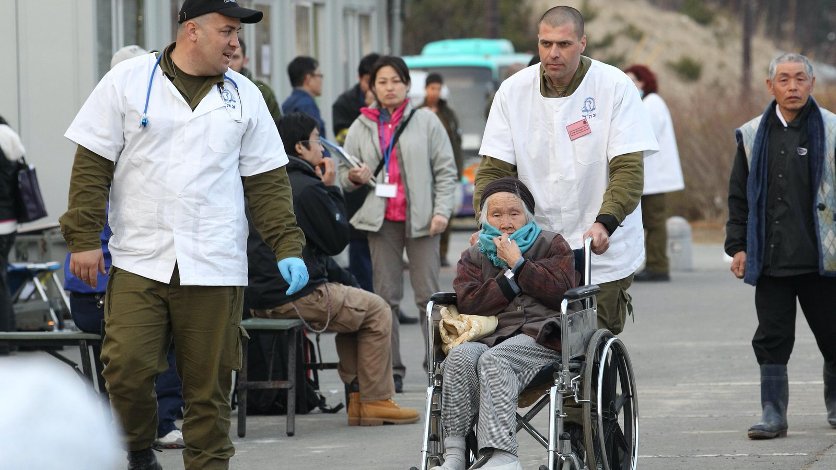 Israeli aid was the first on the scene when Japan needed it most.

Israel’s mission to mark the 10th anniversary of the Fukushima disaster is a direct continuation of the relationship that began in 2011. The initiative is expected to strengthen economic and political ties between the two countries, and to enhance Israel’s image as a source of innovation, entrepreneurship, and as a developed culture.

“The partnership and friendship between Israel and Japan has been growing steadily over the past decade. Within the good relationship that exists between the countries, the relationship with the east Japan region is a special story. We were honored to assist local residents 10 years ago and to be the first to provide medical assistance. It is a privilege for us today to launch a number of projects for cooperation with key parties from the region. The Embassy in Tokyo is working to create connections between the two peoples and to establish successful ties between the two countries. The current initiative, which touches on a deeply important issue for the Japanese people, is expected to further strengthen bilateral relations between Israel and Japan, and open up new opportunities for joint activity.” 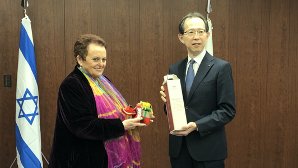 Israeli Ambassador to Japan Yaffa Ben-Ari with Fukushima Provincial Governor during a visit to the province in December 2020.

Project to connect the start-up industries

Towards the end of April, the Israeli Embassy in Japan will launch a project to create a connection between the Israeli start-up industry and the local start-up industry in the Tohoku area, which has grown rapidly in recent years. For this purpose, the embassy is a member of a group of entrepreneurs from the city of Sendai in eastern Japan, which works to promote start-ups and the development of the local ecosystem, and of one of the largest private investment funds in Japan – the Nippon Foundation. The project will include a program for professional guidance by leading Israeli mentors in the industry, and a dedicated training program on entrepreneurship and innovation. Apart from assisting the local ecosystem, the aim of the project is to create a long-term connection between the entrepreneurial communities from Israel and the East Japan region, which will lead to economic changes for both parties.

The short film project “Nowhere to Go but Everywhere”

More than 15,800 people perished during the 2011 disaster, and more than 2,500 are still listed as missing. One of the missing is the wife of Yasuo Takamatsu, a local bus driver from the town of Ongua. A decade later, Yasuo continues to dive into the depths of the sea in an attempt to track down his missing wife. In a special production of the Israeli Embassy in Japan, author David Grossman and Israeli pianist and composer Shai Maestro will collaborate with two Japanese filmmakers, Masako Tsumura and Erik Shirai, to create a short documentary about Yasuo’s moving story.

The film is expected to be released this May, but you can view the trailer right here:

The Israeli initiative will include a unique Israeli-Japanese cultural connection for the production of a mini-album. The album will be produced by the Israeli band Boom-Pam, and by folk artists from the area of ​​the town where the Home Front Command delegation was stationed in 2011. Over the next few months, musical pieces will be recorded simultaneously in both countries, which will be connected to the album in collaboration with producers from the Japanese Folk Art Association.

The initiative also includes two welfare projects designed to support the local population in eastern Japan. Many of the locals in the affected districts to this day experience various difficulties, and many of them, especially the young ones, leave the area and move to other districts. The Israeli Embassy in Japan will cooperate with two local civil society organizations, in order to operate two community centers in the area. The first is for education and will provide activities for children and adults who have struggled to recover since the disaster. The second center will be targeted at high-risk youth who have dropped out of school. The center will provide a “warm home” for them, and a place for meetings and activities with leading individuals in the local industry, mainly fishing and agriculture.