And though we celebrate Rosh Hashana, the Jewish New Year, in the Fall according to the Hebrew calendar, New Year’s Eve celebrations have also been popular in Israel for some time now. Here we call it Sylvester after the saint whom legend has it converted the Emperor Constantine to Christianity. Now Christmas and Old Saint Nick seem to be catching on too. 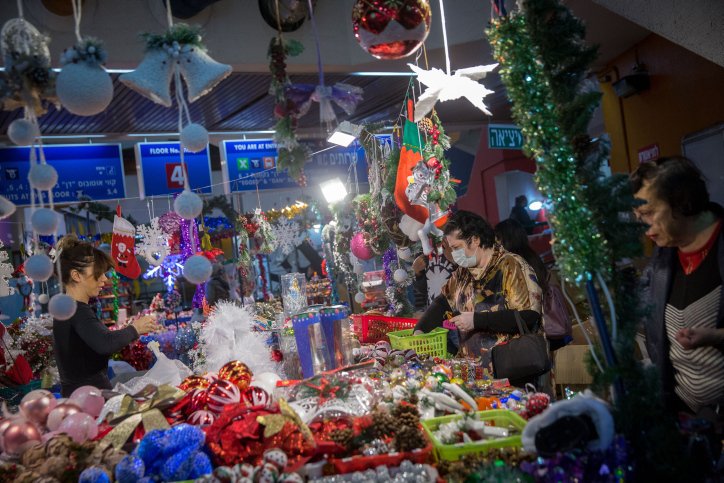 Arab Christians around the country have been decking their halls for weeks, and in many towns around the country the colorful ornaments and tinsel spill over and light up the streets and faces of their Jewish neighbors. Add the many Russian immigrants who still shine their Snovym godom New Year lights in their apartment windows like in the old country, and something of the Christmas seems to have followed us back to the Holy Land.

It’s easy to understand that when people have been shut up at home because of Coronavirus for so long they’re itching to do something, anything, and plenty of Jews see Christmas as a chance to celebrate. Well, let’s say go shopping and order take-away. 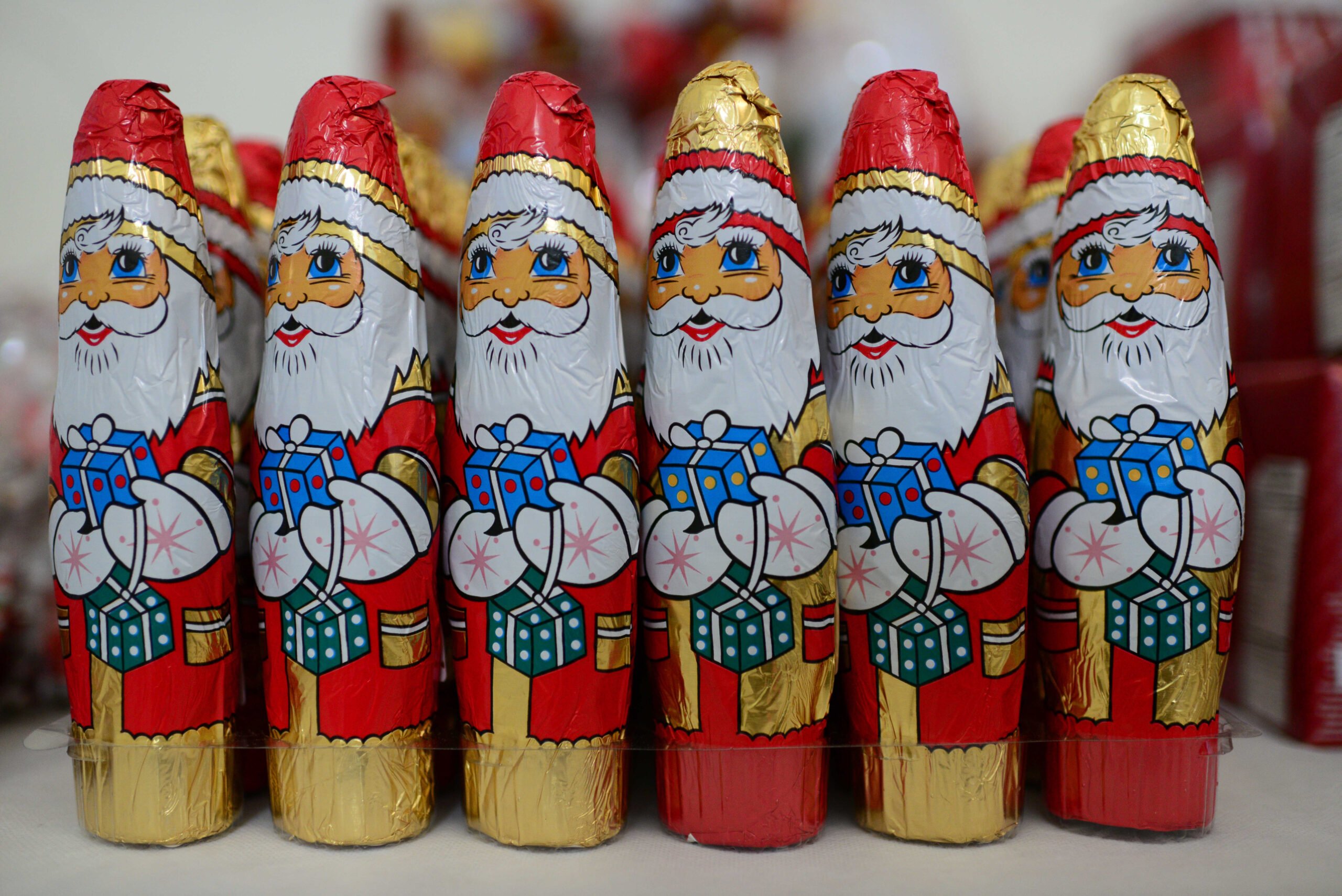 Vice President Yossi Shlev of Tev Taam high-end food markets told radio 103FM that there has been an increase in Christmas shopping this year. “People aren’t eating in restaurants and don’t travel abroad, so they take advantage of eating good food at home,” he said.

I shop at Tiv Taam from time to time for their specialty items and noticed that this year they are displaying Christmasy stuff for sale like plastic Christmas trees, tinsel, and mistletoe.

“Look, they’re beautiful, they’re ornamental items and it’s part of the gadgets that are connected to the New Year,” Shlev said. “Who buys it? People who want to be happy and just feel like buying confetti or Santa dolls,” he said.

I get it. Everybody wants to be done with the Corona restrictions and with no restaurants open and no parties people will try just about anything to have fun. Why not some decorated reindeer, candy-stripped socks, flashing lights or a Santa doll? 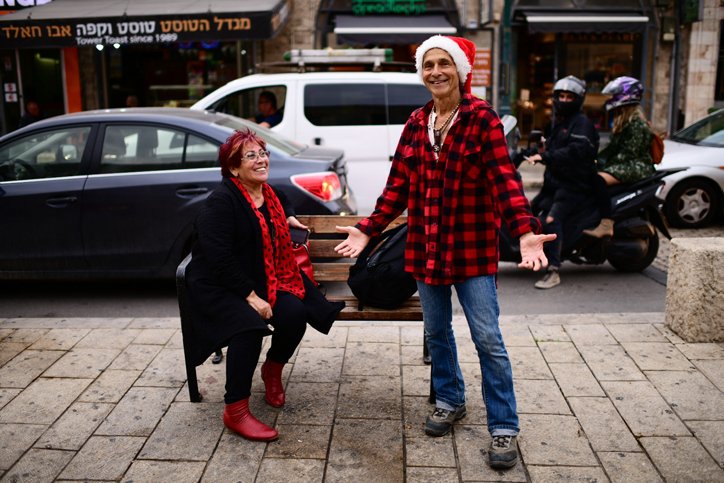 Perhaps, but it still feels like I’m on another planet when I see Jews walking down the streets of Tel Aviv with a Santa Clause hat and beard.

Wine and alcohol sales are up this year too. “We see a 60% increase compared to last year,” Shlev said.

That’s a lot of booze. Not sure what drinking has got to do with Christmas, but maybe things have gotten so bad folks can’t wait for Purim which comes around in February. The rabbis allow masquerading in costumes, merrymaking, and drinking beyond the point of intoxication on Purim. It’s supposed to provide a time for Jews to deviate from the norms, forget about their troubles momentarily, and have a good old time. 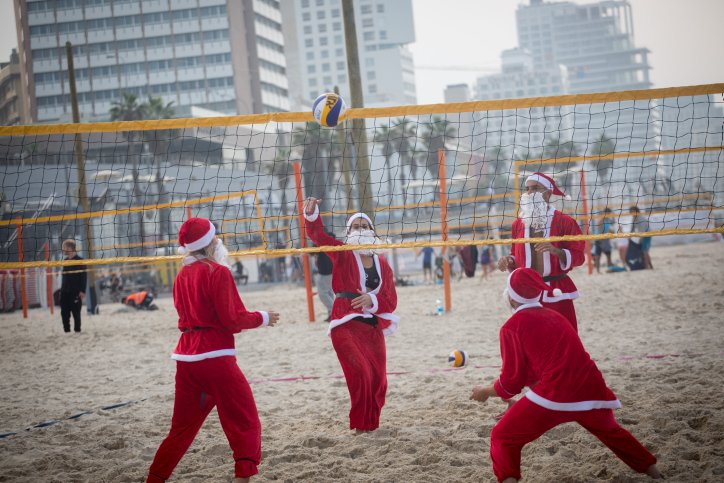 Christmas atmosphere at the beach of Tel Aviv

Whatever, but I still don’t see the connection between alcohol and Christmas (nor the eggnog and tinsel for that matter) except maybe to raise a toast to Auld Lang Syne.

Either way, we do wish our friends around the world, our dear Christian Arab neighbors, Russian immigrants, and the Jewish Israelis who need an excuse to celebrate, Merry Christmas and a Happy Healthy New Year!