“You are the best delegation Israel has ever had,” said President Isaac Herzog at a tribute event in honor of Israel’s Tokyo 2020 Olympic Delegation held at the President’s House. “You did a magnificent job, and you are champions; You won medals, and the citizens of Israel won with you. You’ve stunned us all.”

The Israeli delegation won 4 Olympic medals and was crowned the most successful Olympics team in the history of the State of Israel. Another record held by the delegation this year was that it included about 90 Israeli athletes, the highest number ever to participate in an Israeli delegation to the Olympics. 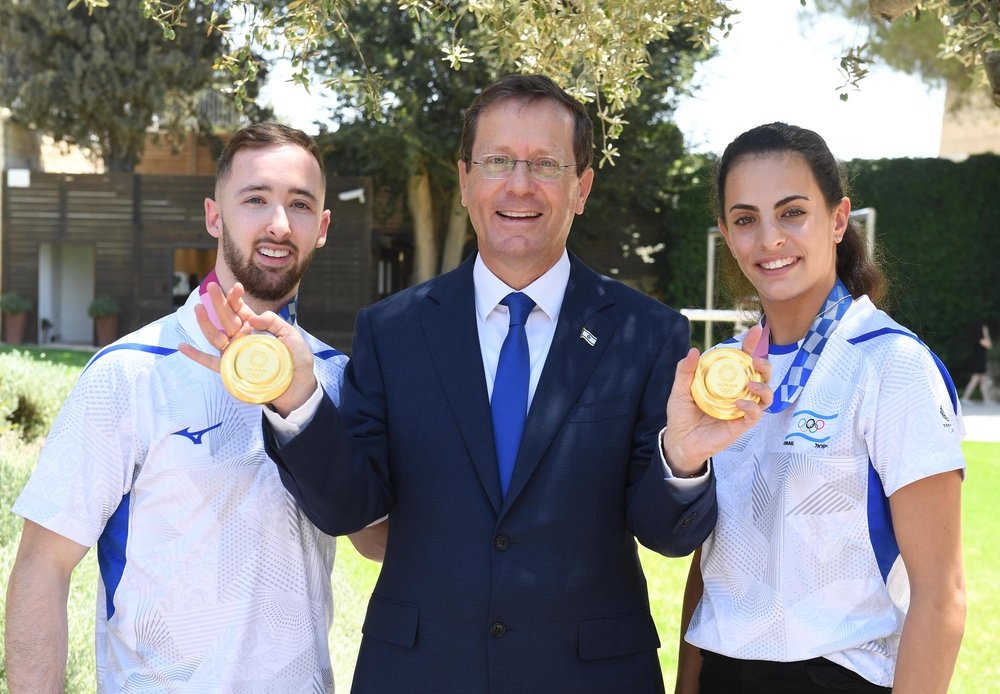 The President opened his remarks at the tribute which was attended by Prime Minister Naftali Bennet by noting his appreciation for the athletes: “Since Prime Minister Bennett and I have been in office there have been so many medals, and this is the first time that the Prime Minister and the President have done this event together. Our men and women are champions! Welcome to the President’s House, welcome home. Medals, honor and world fame. You guys are huge! When you went to Tokyo, we had a dream – to hear Israel’s national anthem HaTikvah sung in Japan. And you have fulfilled our dream. For all of us. You made history when the sounds of ‘HaTikvah’ were played not just once, but twice. Thanks you, Linoy, Artem, Avishag, the dear judo team, the entire delegation, those who won medals, but also those who gave it their all, and were so close. For us – you are champions among champions.”

The President added: “You have broadened our hearts and made the whole country proud. As we breathlessly watched you, as we looked up at you, weeping with excitement, and saw you marching to the podium, millions of Israelis, we were all one. Left and right, secular and religious, Jews and Arabs, veterans and immigrants, coalition and opposition from one end of the country to the other. In those moments, we were all just Israelis. With one heart full of happiness and pride. We are proud of you.”

“The long road you have traveled, from childhood, with the long hours of training, is a message you sent to the young people of Israel of what you can do if you make an effort – this is the main thing, and we are grateful to you for it. The delegation gave us moments of pride and happiness during a difficult time for all of us.

“The Israeli flag has been hoisted on the winner’s podium four times and, on two occasions, we have had the privilege of hearing the Israeli national anthem, ‘Hatikvah.’ An entire country was moved to tears. We had high expectations for each and every one of you, we crossed our fingers, and you did not disappoint. On behalf of the Government of Israel, and on behalf of all the citizens of Israel, I would like to congratulate you on the great honor you have brought to the State of Israel. You won medals, and the citizens of Israel won with you.” 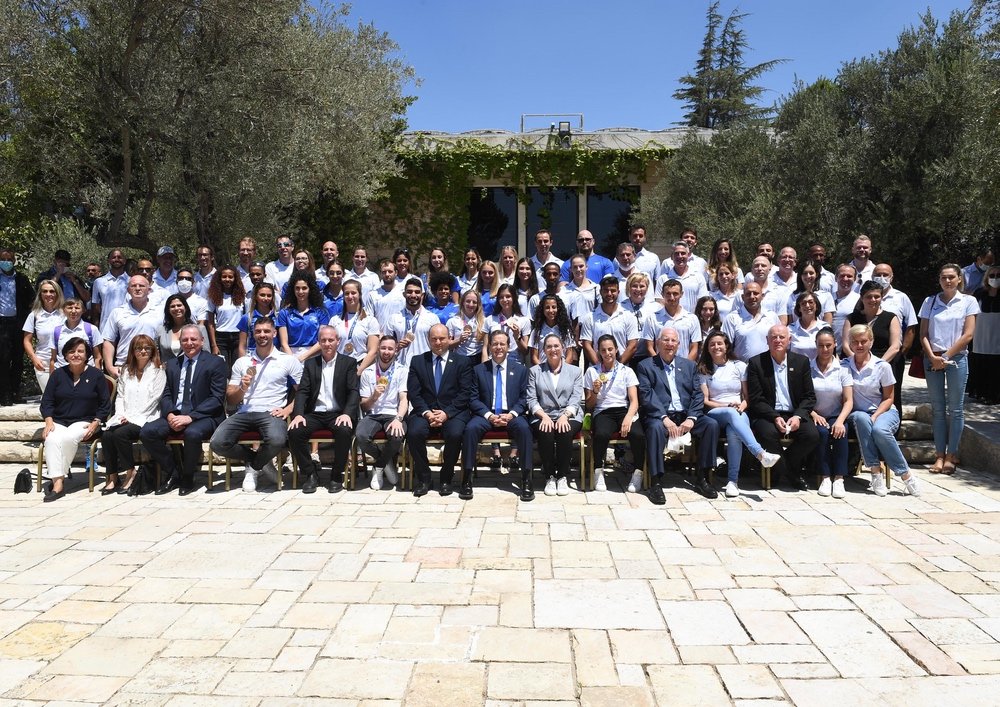 “The first thing I want to tell you is simply: we are proud of you! Proud from the depths of our hearts. By any measure, this is the best Israeli delegation that has ever participated in the Olympic Games. But our pride is not only in your achievements, but also and especially in your character, manners and values.

“And another word of pride and tribute to Anki Spitzer and Ilana Romano, the widows of Andre Spitzer and Joseph Romano, may their memory be a blessing, who struggled and fought for the 11 Munich Martyrs to finally be honored at the opening ceremony of the Olympics. This is our beautiful Israel.”

“At the Tokyo Olympic Games we felt your support. We knew that the entire State of Israel was behind us – regardless of the outcome we achieved. This is the Israeli spirit, solidarity, the mutual bond that we all know and love. We’re standing here now as Olympic champions, we still can’t believe it and are waiting for someone to wake us up from that dream.

“Maybe actually, it’s better if you don’t wake us up. When we were here in June, only two months ago, excited and afraid, a few days before the greatest moments of our lives, on the biggest stage in the world, we might have dared to dream about it, but not say it out loud. In competitive sports, a Sisyphean task of years is shrunk down into an hour or two of trial, with the eyes of the whole world looking at us. Maybe it’s like this in life in general, or even bigger: two or three decisions, after significant preparatory work can determine what the reality of us all will look like.”

“The glory or respect is given to those who stand in front, but that is only the tip of the pyramid, and each such pyramid relies on a long line of people who have reached this moment. None of us could have won a medal, reached the finals, or even been able to participate in the Olympic Games without all the professional and medical men and women, that supported and embraced us, and you as well, who backed us up, and allowed us to dream to the highest heights, and even to reach those dreams.”