This is the week! On Tuesday we once again go to the polls, for the fourth time in two years. And I personally have the same enthusiasm as I did before the first of those four elections back in 2019. I’m not one of the “election-weary” people. Maybe that’s because I like to watch sporting competitions, the World Cup or European Championship, the Olympics and even the ESC (Eurovision Song Contest). And since we couldn’t enjoy any of those this year due to COVID-19, the elections are a suitable alternative.

And the closer we get to election day, the more electrifying the atmosphere becomes. The leaders of the various parties are out and about trying to drum up last minute support. 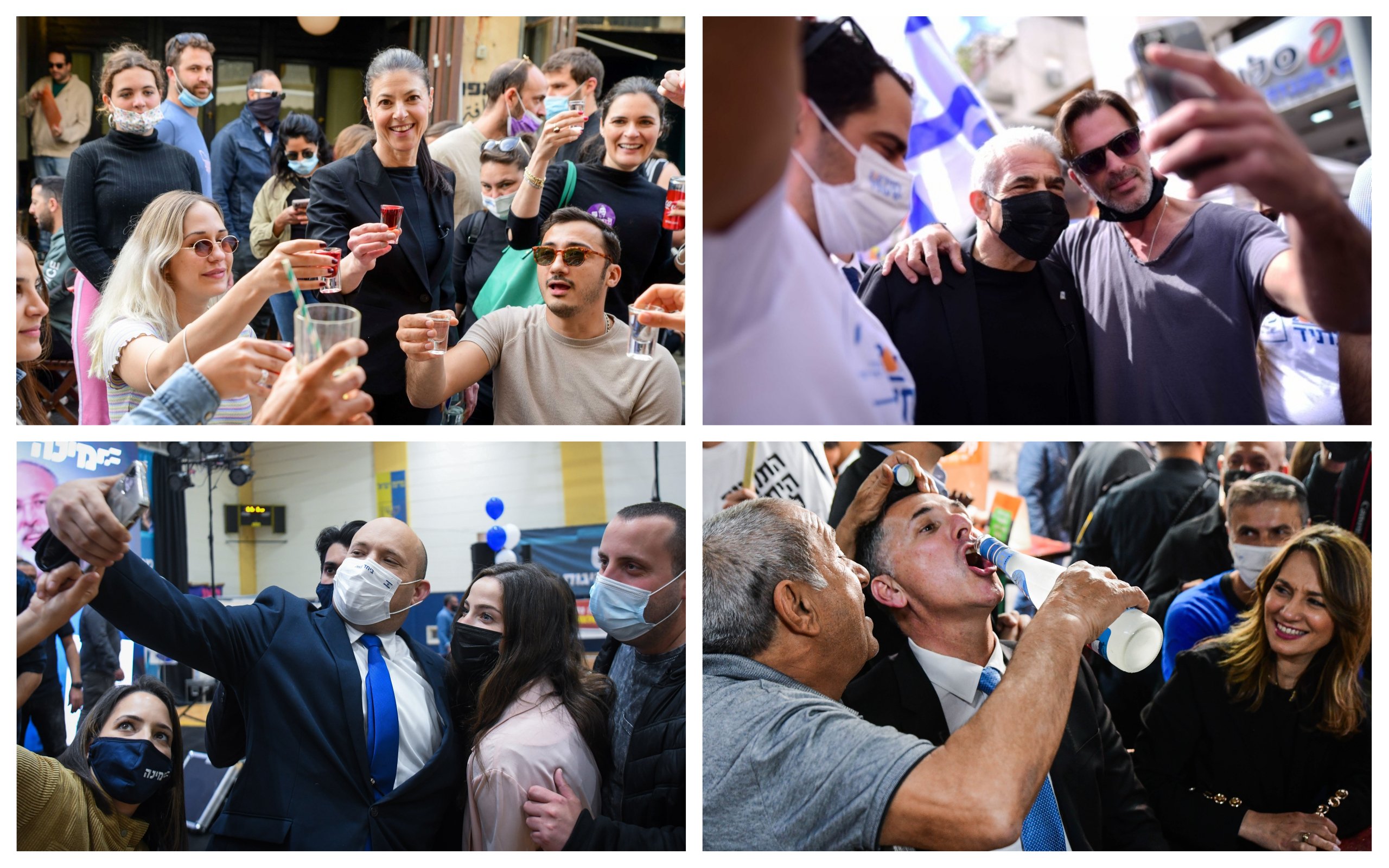 The parties still have two days to convince voters. Will they finally succeed this time in overthrowing Bibi? The last interviews with the various candidates were about nothing else. Each of the party leaders is focused primarily on unseating Netanyahu and sees his or herself as the nation’s savior, the one who will finally free our people from the undemocratic tyrant. But there is a catch. According to the latest polls, we may not want to be freed from him at all. In any case, there are not enough mandates on either side to form a new government without Netanyahu. While the other parties have been steadily losing support as the election draws nearer, Netanyahu’s Likud seems to gain with every new poll. According to the last poll, he’ll win 32 ​​seats in the next Knesset, followed by the centrist Yesh Atid with 18 seats, then the “New Hope” (Tikva Chadasha) lead by ex-Likudnik Gideon Sa’ar and Yamina lead by Naftali Bennet, each with 9 seats. A few weeks ago, both Sa’ar and Bennett were predicted to command double-digit representation in the Knesset. 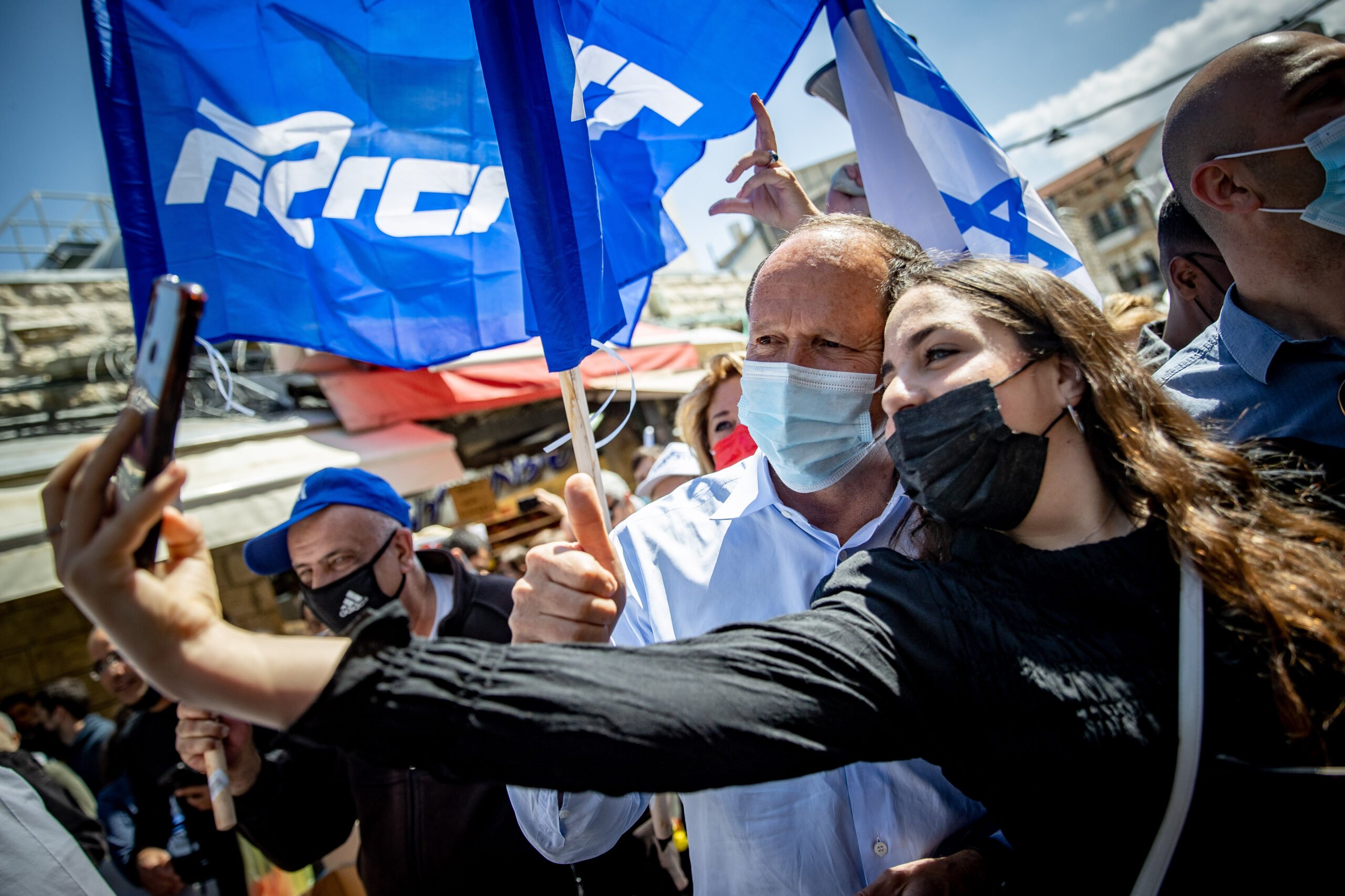 For the Likud, Jerusalem’s former mayor and now Knesset Member Nir Barkat visited the Machane Yehuda market, which is considered a stronghold of the party.

Naturally, this drama is the main topic of discussion any time the family gets together for Shabbat evening. Political discussions are a tradition in my wife’s family. I can’t remember a meeting of the extended family that didn’t involve politics. Often these chats become very intense, though always in good nature and without fighting. I enjoy it. “Who will you vote for on Tuesday?” I asked my son and his girlfriend. But I will not tell you their answers now, dear readers. What I can say is that we then debated for almost an hour with a lot of energy and fun. I hope my son will make the right choice, if is even such a thing.

Most people will simply choose the party or the bloc that they voted for in the last three elections. As such, the possibility of a fifth election sometime later this year is very real. Unless Netanyahu can somehow pull something together. He’s done it before.

I’m looking forward to election day, and as always I’ll show up at my local polling station promptly at 7 a.m. It will be an exciting day. And the weather is developing accordingly, as it’s now getting warmer and warmer.