In our weekly Torah portion, Behar, we are introduced to the laws of the Sabbatical and Jubilee years. Every seventh year is a Shabbat for the land. During this year, the people should neither sow nor harvest the land. From an agricultural point of view, it makes perfect sense to let the land rest. The ban only applies to collecting a sown harvest, so it was still possible to pick things needed for consumption. In addition, the fields must be opened to the poor, who are allowed to pick anything they find growing.

But this is a major burden for an agriculture-based economy. Consider that in year seven, nothing happens in the fields in Israel, and only in year eight can you again sow, meaning that only in the following year or season will you finally have another harvest.

But there’s more, because after seven times seven years, we reach the Jubilee year. So you are not allowed to use your land in the 49th year or in the 50th year. The land can only again be sown in the 51st year, meaning the next harvest will only come in year 52. Here’s how it’s laid out in the Bible:

“Therefore you shall do my statutes and keep my rules and perform them, and then you will dwell in the land securely. The land will yield its fruit, and you will eat your fill and dwell in it securely. And if you say, ‘What shall we eat in the seventh year, if we may not sow or gather in our crop?’ I will command my blessing on you in the sixth year, so that it will produce a crop sufficient for three years. When you sow in the eighth year, you will be eating some of the old crop; you shall eat the old until the ninth year, when its crop arrives.

“The land shall not be sold in perpetuity, for the land is mine. For you are strangers and sojourners with me.”

Isn't that an incredible passage? It could even be seen as evidence of the divine authorship of the Bible, for what human writer would promise that the land will bring a threefold yield in the sixth year of the sabbatical cycle? And when it comes to a Jubilee Year, all of Israel's agriculture will be in lockdown for almost four years. 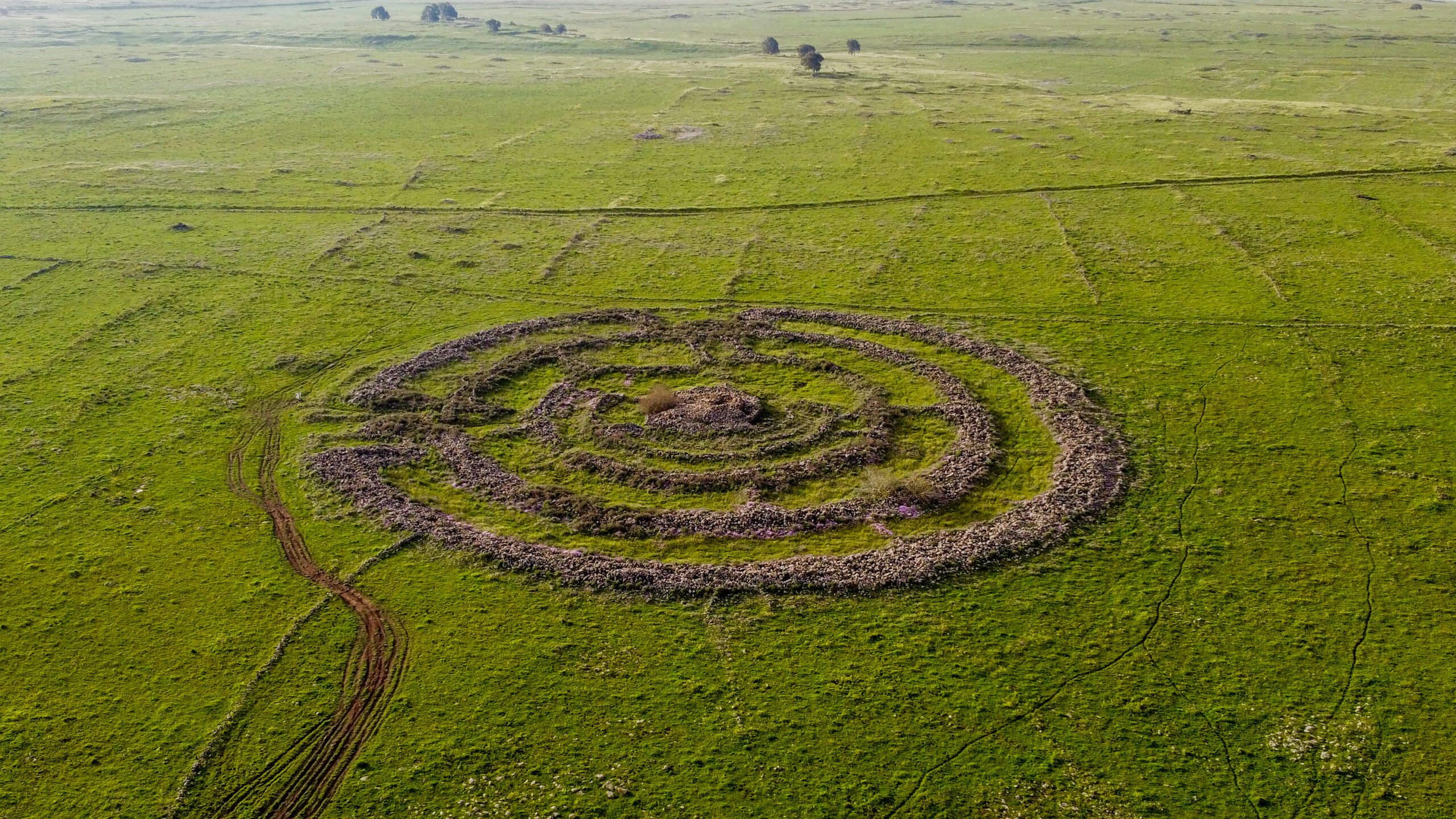 Field in the north of the country

Such an agricultural system is possibly an even greater miracle than the one we celebrate on Passover, when ten plagues hit Egypt and the Red Sea was split. The Israelites lived in Israel for about 1,000 years between their entry into the Promised Land under Joshua and their expulsion by the Romans. During all this time there is no known case of hungry farmers demonstrating in front of the royal palace. However, we know from the writings of the prophets that the sabbatical and jubilee years were not always observed. It has to be said that the Jewish prophets, much like Jewish mothers, prefer to criticize rather than praise. It would be interesting to see what a threefold or fourfold harvest looked like in year 48 of the Jubilee cycle. 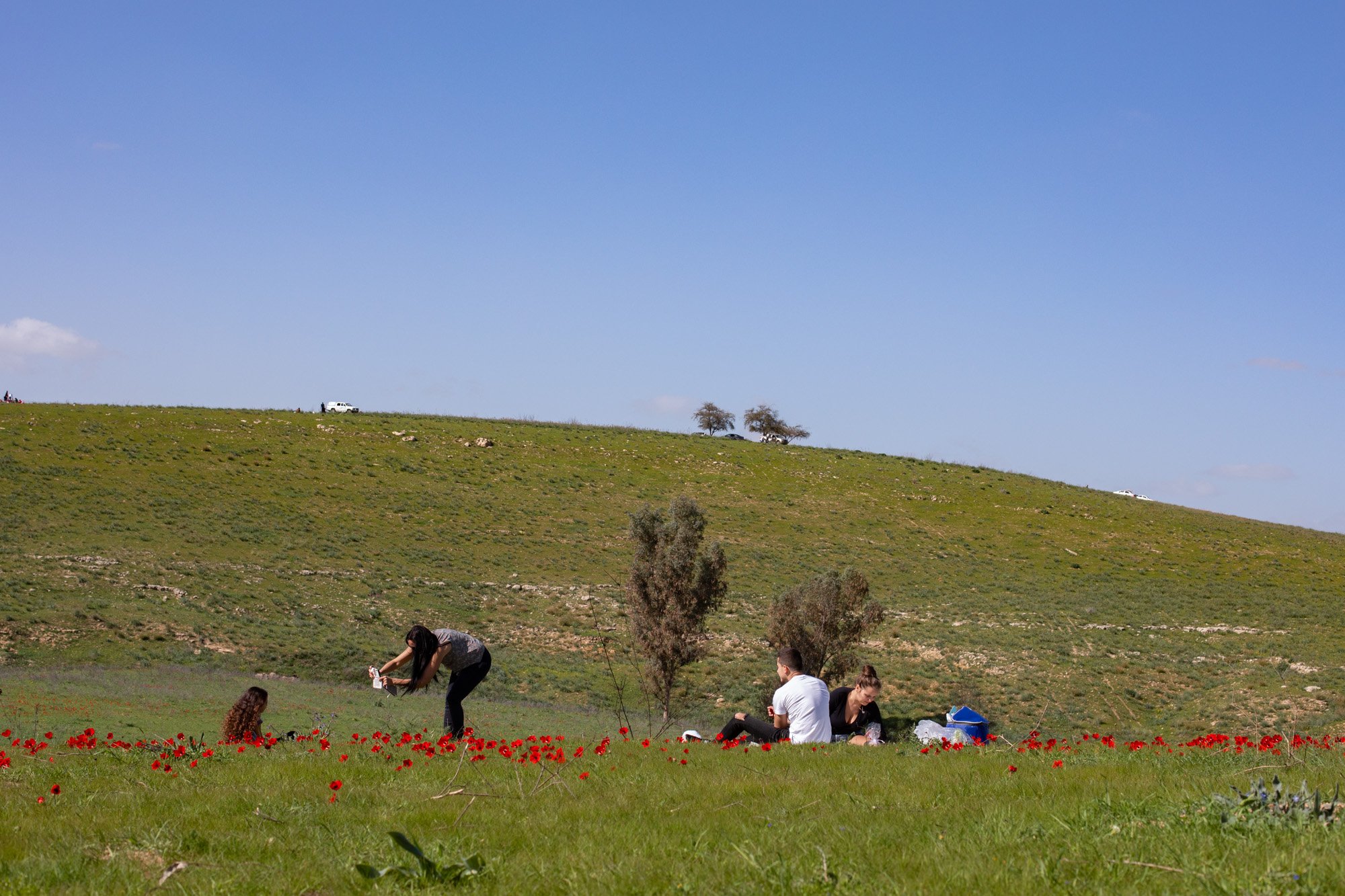 An anemone field in the Pura nature reserve

Today we are trying to reintroduce the sabbatical and jubilee years in Israel, and many farmers are already sticking to it. Others take advantage of a loophole in the law that was applied during the State of Israel's difficult early years. Such farmers temporarily sell their land to non-Jews and then lease it from them during this year, but all only on paper, of course. Others do not believe in this biblical law, which is very understandable, because which farmer likes to forego his income for two years? In any case, don't forget the end of the passage above:

"…the land is mine. For you are strangers and sojourners with me."

If we take this to heart and keep the Sabbath and Jubilee year, another verse quoted above may also come true:

“Therefore you shall do my statutes and keep my rules and perform them, and then you will dwell in the land securely. The land will yield its fruit, and you will eat your fill and dwell in it securely."