As Israel celebrated its 73rd Independence Day last week, the Bnei Menashe had special reason to rejoice as a member of their community was honored as one of Israel’s outstanding soldiers at an official ceremony in Jerusalem, presided over by President Reuven Rivlin.

IDF Staff Sergeant Nadiv Khaute, 21, the second son of Tzvi and Nurit Khaute, was born in Israel in 2000 just two months after his parents made aliyah with his older brother Yaakov from Manipur (a state in northeastern India). He joined the IDF in 2019 and was enlisted in the Paratrooper Brigade, where he finished as one among the best in his battalion. After completing the course with honors, Khaute wishes to return to his unit as a paratrooper.

Israel’s annual Presidential citations are awarded to 120 outstanding soldiers from various branches, divisions and units for displaying distinguishing performance in the IDF. President Reuven Rivlin hosted the annual ceremony of the Outstanding Presidential Award at his official residence in Jerusalem. Also in attendance were Prime Minister Benjamin Netanyahu, Minister of Defense Benny Gantz, the army’s Chief of Staff Aviv Kohavi, and other current and former senior army figures. 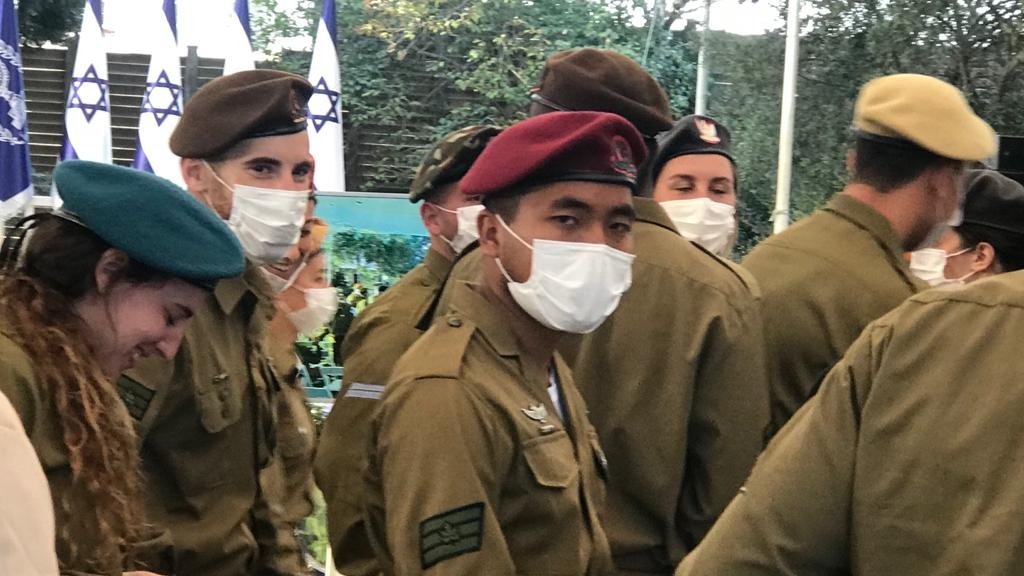 “I just did my training with intense passion and dedication, and I didn’t expect I would come this far, but whatever it was, I’m glad that I did it,” said Sergeant Nadiv. To this he further added, “It was not solely my effort that has brought me to receive the honor. Winning this award would not have been possible without the inspiration I have received from my mom and dad, and also from my colleagues, for whom I have the deepest respect, and from whom I have derived the strength to challenge myself and perform better at each stage.”

Nadiv’s father, Tzvi Khaute, Director of Shavei Israel, the organization leading the efforts to bring about the return of the Bnei Menashe to the Land of Israel, said, “I am so proud of my son for accomplishing successfully the national military service and ranking as one of the best Paratroopers. It brings great joy and pride to me and my family, and God willing, I hope that more from the community will follow.”

Not surprisingly, the two most usual responses when a Bnei Menashe youngster is asked what they would want to be when they get to Israel is either a soldier or a Torah student.

Of course, everyone has different reasons to join the military. Some come from a long line of family members who served in the army. Others simply want a life of adventure and personal fulfillment. Whatever the reason, the Bnei Menashe were generally warriors by tradition. They were loyal, courageous and chivalrous, and they have a patriotic spirit. 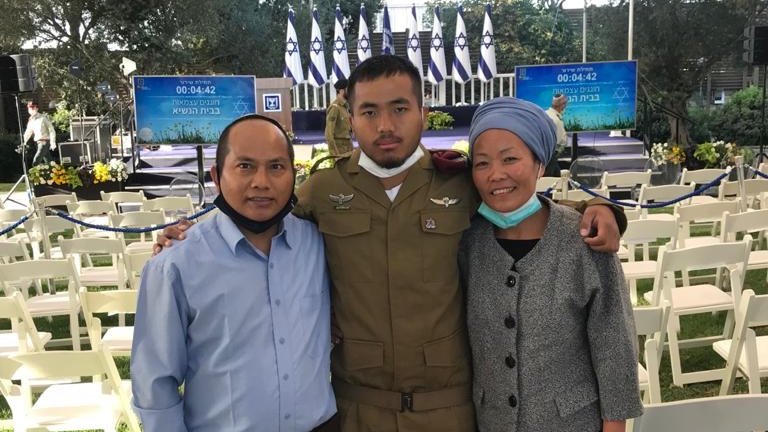 The Bnei (Sons of) Menashe were one of the Ten Lost Tribes of Israel, which were exiled by the Assyrian Empire more than 27 centuries ago. Throughout their long-running path of exile, they face tough challenges. Some were difficult to overcome, especially when the odds of assimilation, harsh foreign rule and inhospitable geography were stacked against them. However, going against the odds is something they’re capable of doing. In overcoming, they chant – “Son of Menashe, we live! (Manmasi Chate Kadam Uve!),” that is the “never quit” attitude.

The Bnei Menashe tribe is spread across states of North-East India and parts of Myanmar, and was known by distinctive names. India and Burma (now Myanmar) were part of the British Empire during the First World War, and during the war, the British recruited thousands of people from its empire to assist them in its war effort.

For the Bnei Menashe, the First World War was a watershed moment. The Bnei Menashe were pressed into service as part of the Imperial Army’s Labor Corps, a vast body of men recruited to build roads, carry luggage and provide other kinds of logistical support. However, Bnei Menashe chiefs refused to join and instead declared war on the colonizers in 1917. The conflict that followed lasted for two years (1917-1919) and claimed many lives. It has been variously called the “Great Kuki Rebellion,” the “Anglo-Kuki War” and the “Zou Gaal,” depending on who is writing its history and when.

The 1917-1919 Anglo-Kuki war was the one of the biggest uprisings by the tribe against the British. In the end, the Bnei Menashe militias were outnumbered and worn down by the constant flow of British troops into the region. The Bnei Menashe chiefs and leaders were jailed or exiled, and the British launched a policy of “disarming” the martial tribe.

The Assam Regiment, one of the finest infantry regiment of the Indian Army, and the Assam Rifles, the oldest paramilitary forces in India, recruited soldiers exclusively from the northeastern states of India, including the states of Manipur and Mizoram, which is predominantly inhabited by the Bnei Menashe.

The British and Indian military strategists discovered the Bnei Menashe were well adapted to jungle warfare. The eight northeastern states of India are a humid subtropical climate covered by dense forest and riverine systems. The jungle has a variety of effects on military operations. Dense vegetation can limit lines of sight and arcs of fire, but can also provide ample opportunity for camouflage and plenty of material with which to build fortifications. Jungle warfare has been the topic of extensive study by military strategists, and was an important part of the planning in many conflicts, including World War II (1939-1945) and the Vietnam War (1954-1975), the legacy of the U.S’s failure to suppress Vietnamese nationalist forces in jungle environments and terrain.

One of the world’s premier counter-insurgency and jungle warfare training institutes is located at Vairengte in Mizoram, a Bnei Menashe state in northeast India. It has hosted visiting military units for training from the United States, Israel, United Kingdom, France, Russia and many other nations every year. 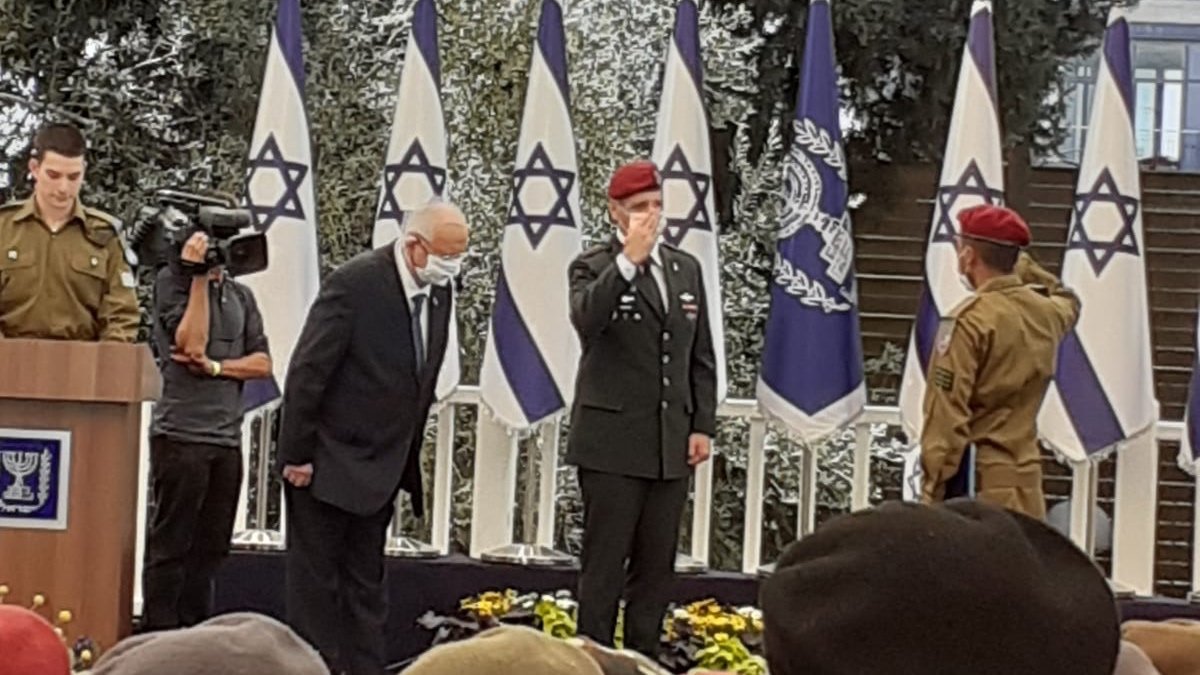 Bnei Menashe have brought their warrior culture and put it to good use in the IDF.

Out of the jungle, into the desert

By contrast, the Israel military is set up mostly to fight enemies and insurgents in urban environments. Israeli military tactics make increasingly use of drones, impromptu checkpoints, keeping militants on the defensive with frequent arrest raids, encircling a village by closing it off in barbed wire, and how to make use of intelligence information within minutes to attack a moving target.

And, it’s no secret that the Israel Defense Forces is one of the finest and most powerful armies in when it comes to urban warfare.

Bnei Menashe, though their history is focused on jungle survival and combat, have a reputation second to none in urban warfare in the Israeli army. Every year members of the community are recognized for their performance. The main problem they face is overcoming the language barrier, which includes all forms of cross-cultural communication. Seeing to proper language education is one of the areas the military instructors must focus on in the future.

For Nadiv Khaute, a sabra (native born Israeli) living in Kiryat Arba (Hebron region), Hebrew is his mother tongue, but,for those new immigrants who were drafted soon after arriving in the country, the new language is one of the hardest obstacles they face.

For the Bnei Menashe community, Nadiv Khaute was not the first recipient of the President’s Medal of Excellence. In 2005, IDF Staff Sergeant Tamir Baite, who serves in the Shaked unit of the Givati Brigade, was honored. And in 2017, IDF Staff Sergeant Eliazer Menashe of the Golani Brigade was given the medal.

Their success stories highlight the contribution that the Bnei Menashe wish to make to the State of Israel, and it is time to bring about an end to the community’s waiting in diaspora, and to enable them to come home to Israel as soon as possible and serve the nation they long yearn for from afar.