United Hatzalah of Israel held a mass casualty incident training exercise on Wednesday evening in Park Ofer in Ramla. The goal of the exercise was to train volunteers from the Coastal region and allow them to experience the chaos of such an incident while gaining first-hand experience in dealing with these types of scenarios. The drill was run in partnership between the organization and the IDF Homefront Command and in partnership with the city council.

The drill simulated a bus crash that resulted from a bridge collapse. Search and Rescue units from the IDF’s homefront command took simulated bodies from the rubble of the collapse and brought them for “treatment” to the medical personnel of United Hatzalah. In addition, students from local schools, as well as members of the community in Ramla, participated in the drill as individuals with simulated injuries on and near the bus.

Participating in the drill we’re volunteers from all backgrounds of Israeli society including Muslim, Christian, and Jewish volunteers, both men and women, religious and religious alike.

Vice President of Operations for United Hatzalah, Dov Maisel, explained a bit of the reasoning behind the drill and said, “Following the mass casualty incidents of last year in Meron and Givat Ze’ev, we decided it was imperative to train every volunteer in the country in proper MCI protocols and provide them with the tools they need to properly respond to a mass casualty incident. This drill, our seventh in the past 12 months, was a success in that we’ve brought the experience and training to a new region of volunteers. We hope that they will never need to put into practice what they learned here tonight, but as we saw last year in September during the Route 89 crash, unfortunately, these scenarios do happen.” 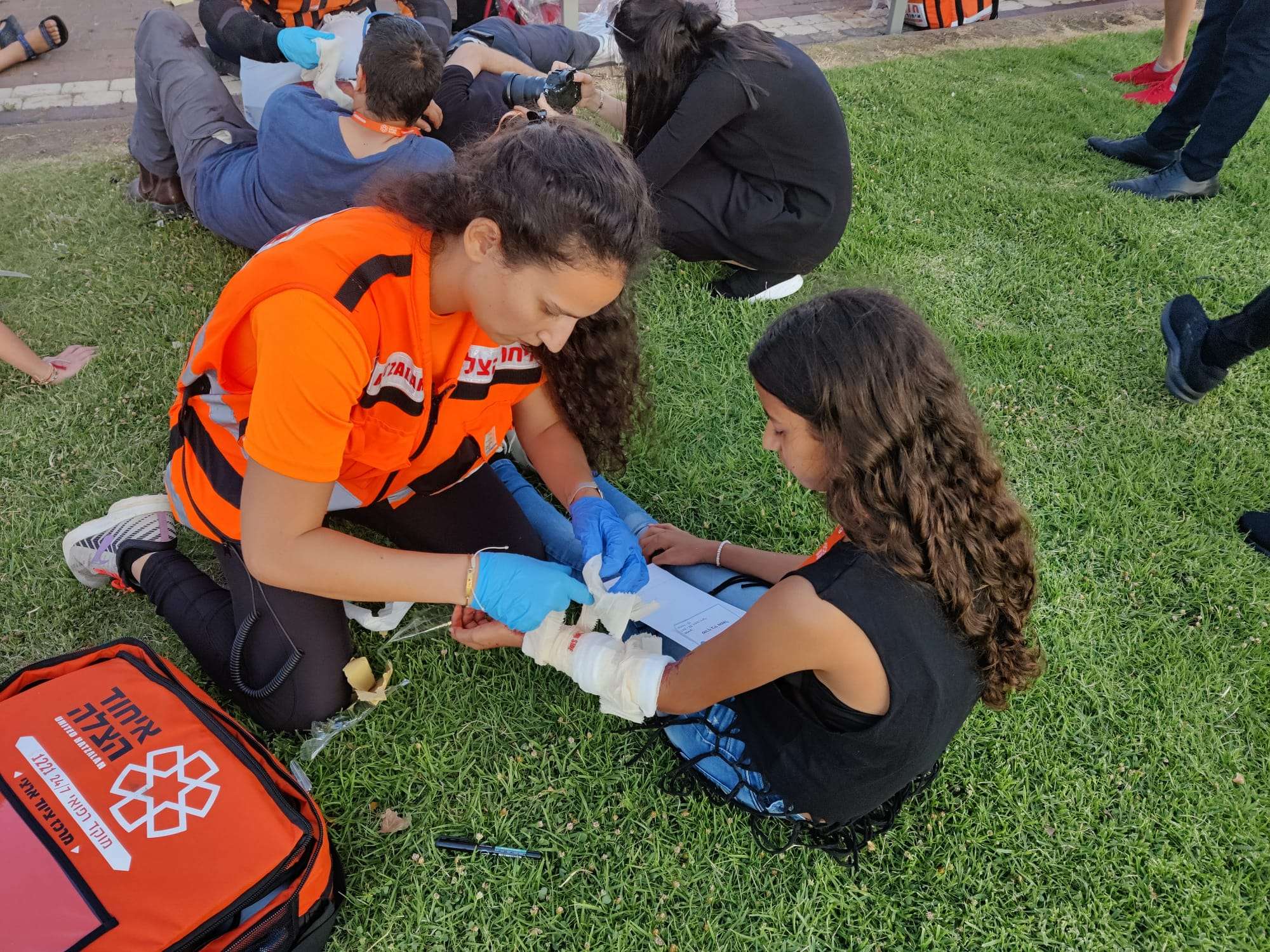 Contrary to the “apartheid” lies, medical personnel in Israel treat everyone equally, regardless of religion or ethnicity. Photo: United Hatzalah

United Hatzalah volunteer EMT Belal Alsalfiti, a Muslim responder who was one of fifteen volunteers that came from the east Jerusalem chapter of the organization to participate in the drill said:

“The beauty of drills like this is that we get to experience something that is very rare in the world of pre-hospital emergency medicine and learn how to handle mass casualty incidents so that we know what to do in the case that God forbid something like this happens. One of the things that inspire me about United Hatzalah is that they never asked questions about who a person is or where they’re from when they offer them help. All of us first responders, Muslim, Christian, and Jewish, work together in order to help people and we provide all of our services for free so that everyone can receive the care they need without having to worry about the cost.

“The same was true tonight at the drill. I treated simulated patients right alongside my fellow responders who are Jewish and Christian and we worked together just like we do regularly in the field. In addition to giving us essential lifesaving skills, These drills help create brotherhood between responders from different areas and different faiths. This brotherhood and the selflessness shown by my fellow volunteers who put everything aside to save lives are two of the characteristics that caused me to join United Hatzalah. I consider this a second family. It doesn’t matter if one is Jewish or Muslim we all work together to save lives, and that is what really counts.”

More than 100 emergency medical service personnel from the organization participated in the drill including 17 ambulance teams as well as first responders on ambucycles and those arriving in their own private vehicles.