“There is no true love of Zionism here, and local interests are the name of the game.” As such, Israelis are now welcome to bring their knowledge, technology and money to a destitute Sudan.

Thus reported an independent Israeli journalist who traveled to Sudan on a foreign passport just week’s after Khartoum officially made peace with the Jewish state.

While not a particularly prominent or feared foe of the Jewish state, Sudan was nevertheless at the heart of the Israeli-Arab conflict after it played host to the infamous 1967 Arab League summit that concluded with a resolution declaring “No peace with Israel, no recognition of Israel, no negotiations with Israel.” But after 30 years of being blacklisted and sanctioned as a state sponsor of terrorism (including terrorism against Israel), Sudan is finally backing down and viewing normalization with Israel in a different light.

One of the most surprising examples of this phenomenon as reported by Israeli journalist Ziv Genesove is the restoration of Khartoum’s Jewish cemetery.

There never was a very large Jewish community in Khartoum, but it was there, as attested to by the cemetery filled with Hebrew-engraved headstones. But in the wake of the Israeli-Arab wars, hostility toward not only the Jewish state, but the Jews as a whole increased exponentially, as it did across the Middle East. Most of Khartoum’s 1,000 Jews fled the country, and their cemetery became something of a trash dump.

But to his surprise, and that of his Israeli audience, Genesove witnessed local Sudanese cleaning up and restoring the Jewish cemetery in a clear gesture toward the Jewish state following last month’s historic rapprochement. 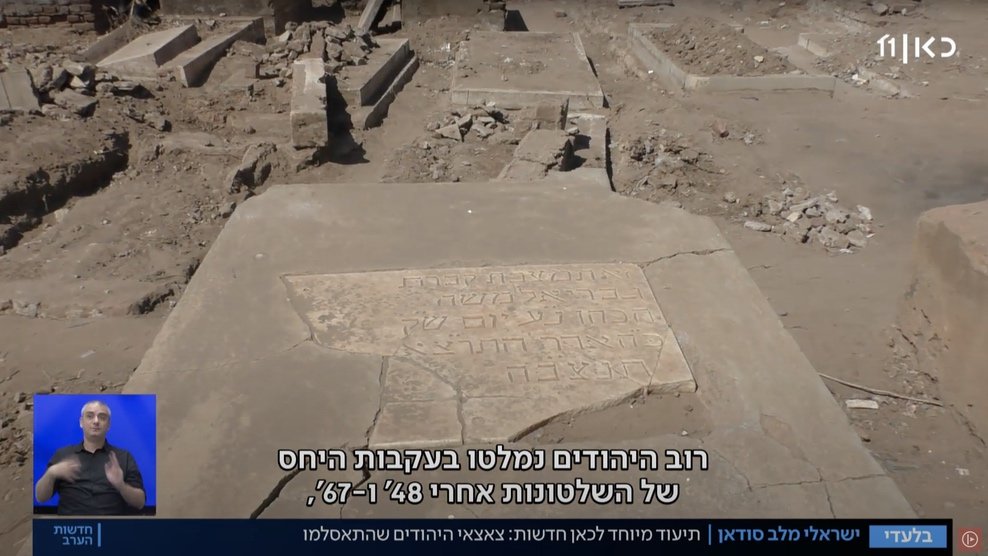 The few remaining Sudanese of Jewish descent likewise feel they no longer need to conceal their true identity, and can even openly praise Israel.

Two young Sudanese men, Mustafa Muhammad David Israel Rahamim and Mansour Ischak Israel, told Genesove that as children “everywhere we looked Israel was portrayed as the enemy. Our childhood was very difficult, because if anyone even heard the name Israel (which both men bear) they would become very upset.” Both men said they had faced discrimination and even torture because of their Jewish background. “There was no religious freedom in Sudan,” stressed Ischak.

But that is now all suddenly changing, and both young men are excited by what the future might hold.