The air is thick with an intoxicating fragrance and the sound of humming machines.

It’s olive harvesting time, and I am visiting the nearby olive oil facility in the friendly Israeli-Arab village of Turan. I can see Nazareth and Cana “waving” from just across the dry Galilean valley a few miles wide, through which passed the ancient road to Capernaum and the East.

The proprietor of the olive oil facility is Musa. During other times of the year he sells automotive supply parts. But for these months, from mid-October to mid-December, he and other members of his extended family work almost around the clock processing countless white and burlap sack-fulls of freshly harvested olives. There is no time to lose. It would be a shame for the olives to fall unpicked back to the earth and be wasted. In Hebrew the word for oil is “shemen.” The word for rich cream -“shamenet” – comes from the same root.

Both Jews and Arabs are here. They join in celebrating the harvest. The blessing of the sturdy olive tree is rich. Families that own olive trees often harvest them together, even taking time off from their modern jobs to do so. It is hard work, done mostly by hand. The families will store the oil in yellow plastic jugs to be used for cooking and sauces over the next 12 months until the following harvest. This is an essential part of local culture, and a healthy one. Olive oil is considered among the healthiest for human consumption. 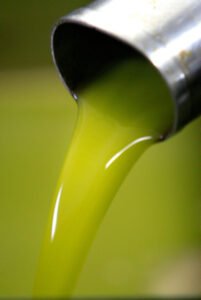 A ripe olive is bitter. To eat it you must treat it, typically in a saltwater brine for months.

To get the oil is much faster. You just have to wait in line for a few hours at your local olive oil facility. The loud machines wash and pulverize the olives, then spin the resulting mash centrifugally to separate the oil portion. Creamy yellow-green oil pours forth abundantly from a stainless steel spigot.

It reminds me of a Bible passage. II Kings 4 tells of the miraculous supply of olive oil for an indebted widow… At Elisha’s instruction the widow keeps on pouring oil from her one small bottle of oil, into one container after another, even borrowing containers from the neighbors. In the end, the worth of her newly multiplied olive oil is enough to pay the widow’s debts and get her back on her feet financially. Oil wealth in the MidEast for most of history – meant olive oil and not petroleum! (See I Kings5:10-11)

Musa puts newly pressed olive oil out on a table for customers, along with pita bread for dipping in the oil, and little cups of strong “Turkish” cardamom coffee. The fresh olive oil is spicy – you feel heat in the back of your throat as it goes down. There is an earthy camaraderie as people dip their pita and chat about this year’s olive yield. It seems to me they are together tasting a blessing. Indeed, olive oil is a symbol throughout the Bible for anointing and blessing… 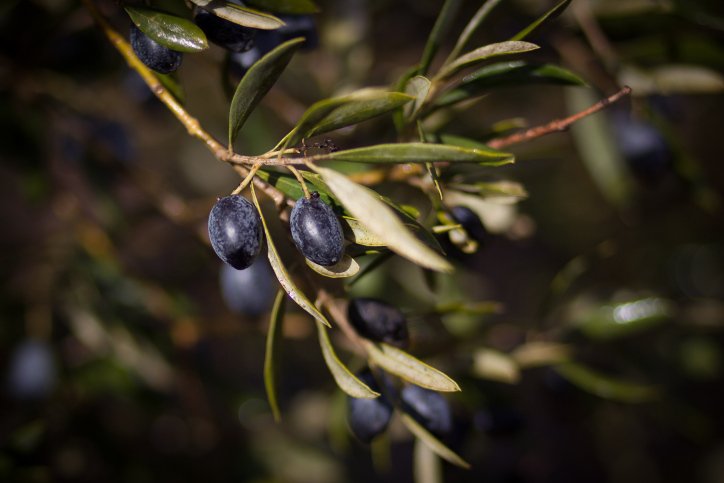 Then the Lord became jealous for his land
and had pity on his people.
The Lord answered and said to his people,
“Behold, I am sending to you
grain, wine, and oil,
and you will be satisfied;
and I will no more make you
a reproach among the nations.” (Joel 2:18-19)

Editor’s note: In recent years with your help, Israel Today has been planting large olive groves in the Negev Desert of Southern Israel to produce olive oil.