An Israel Naval gunboat opened fire on a Palestinian vessel off the coast of the Gaza Strip on Saturday night, sinking the ship and prevention the transfer of arms to Hamas.

The Palestinian boat was coming from the direction of Egypt when it entered restricted waters off the southern coast of Gaza. The vessel ignored calls by the Israeli naval ship to halt and identify itself.

The Israeli ship opened fire and sank the Palestinian boat, but reported that all crew members were able to swim ashore. 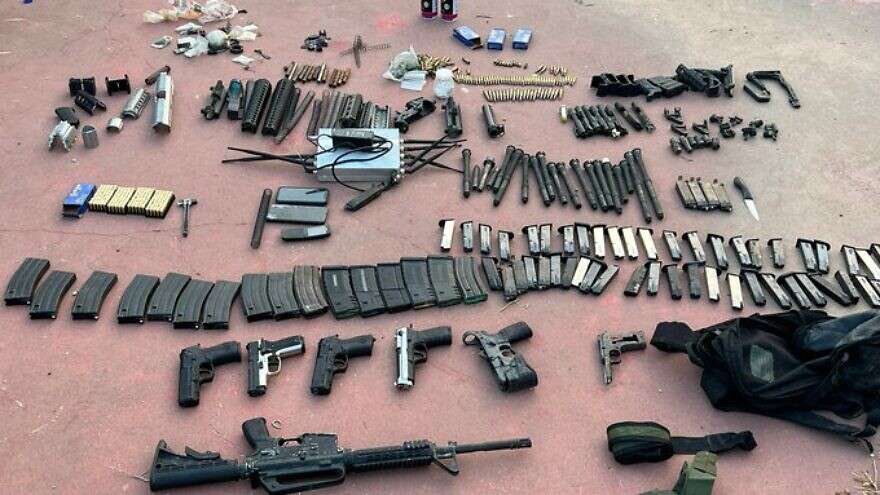 A cache of weapons and ammunition captured during an Israeli raid on a terrorist hideout in Nablus, on July 24, 2022. Credit: Israel Police.

Two Palestinian gunmen were confirmed killed and at least 10 others were wounded during the firefight.

As the situation calmed, Israeli troops were able to enter their target destination and seize a large number of weapons.

“[The] IDF, ISA and Israel National Counter-Terrorism Unit forces conducted counter-terrorism activities against terrorists in Nablus overnight. These were terrorists who recently carried out a series of shooting attacks. During the operation, the terrorists opened fire from rooftops and alleys in the Nablus souk.

“Our fighters responded quickly, efficiently and with precision. Several terrorists were killed in the exchanges of fire and several more were wounded. Considerable weaponry was seized.

“I commend the security forces for their efficient and successful operation. The policy of this government is clear: We will not sit and wait for Israeli citizens to be attacked. We will go out and take the fight to the terrorists wherever they are.” 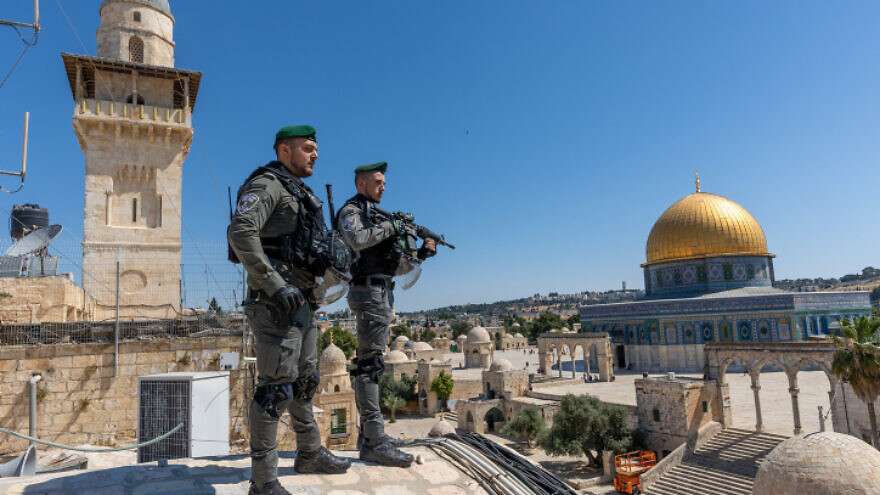 On Friday, the Israel Police reported that officers had prevented a possible terrorist attack in Jerusalem’s Old City when they stopped a Palestinian man who was trailing Jewish pedestrians in a suspicious manner.

The Palestinian man tried to quickly discard a knife he was hiding in his pocket, but not before it was spotted by officers.