As the wave of terror attacks against Israel continues and another major attack was prevented on Monday in Moshav Vered Jericho along the Dead Sea road, it is becoming increasingly clear that incitement is playing a major role in the sharp rise in violence. It, furthermore, has become clear that the Palestinian Authority is once again speaking with two voices about the current wave of terror.

On Monday, an alert security guard prevented a major attack in Vered Jericho, a small village along the road from Jerusalem to Jericho.

The guard saw that a car with a green and white Palestinian number plate was about to enter Vered Jericho and kept the iron entrance gate closed.

The terrorist turned out to be a Palestinian Authority (PA) customs officer and was driving a stolen PA police car.

When the terrorist saw that the guard had no intention of opening the entrance gate, he tried to shoot the man, who had taken cover behind the wall of his sentry post and remained unharmed.

The PA official then drove back a few meters and twice fired a hail of bullets into the air. The man was later arrested by the PA security services, but it is unknown if he is still in custody.

According to Israel’s KAN public broadcaster, the PA officer may have ties to Palestinian Islamic Jihad, the Iran-sponsored terror organization that is one of the two driving forces behind the latest wave of terror and is inciting Palestinian Arabs to carry out more attacks during the Muslim holy month of Ramadan.

Israel goes on the offensive

Israel’s internal security service Shin Bet says it has prevented two terror attacks every day over the past week.

In total, 15 serious attacks were prevented in the past week, according to Prime Minister Naftali Bennett.

The prime minister has given the Israeli military (IDF) the go-ahead to ramp up its activities in Judea and Samaria and arrest as many suspects as possible.

“Israel has gone from defense to offensive,” Bennett told reporters. “As I have said there will be no restrictions on the security services, Shin Bet, the police, and the IDF will continue to hunt terrorists everywhere,” Bennett said Monday.

The activities of the Israeli security forces are mainly focused on the city of Jenin in northern Samaria. A number of shootouts took place there on Monday night and 10 terrorists were arrested. 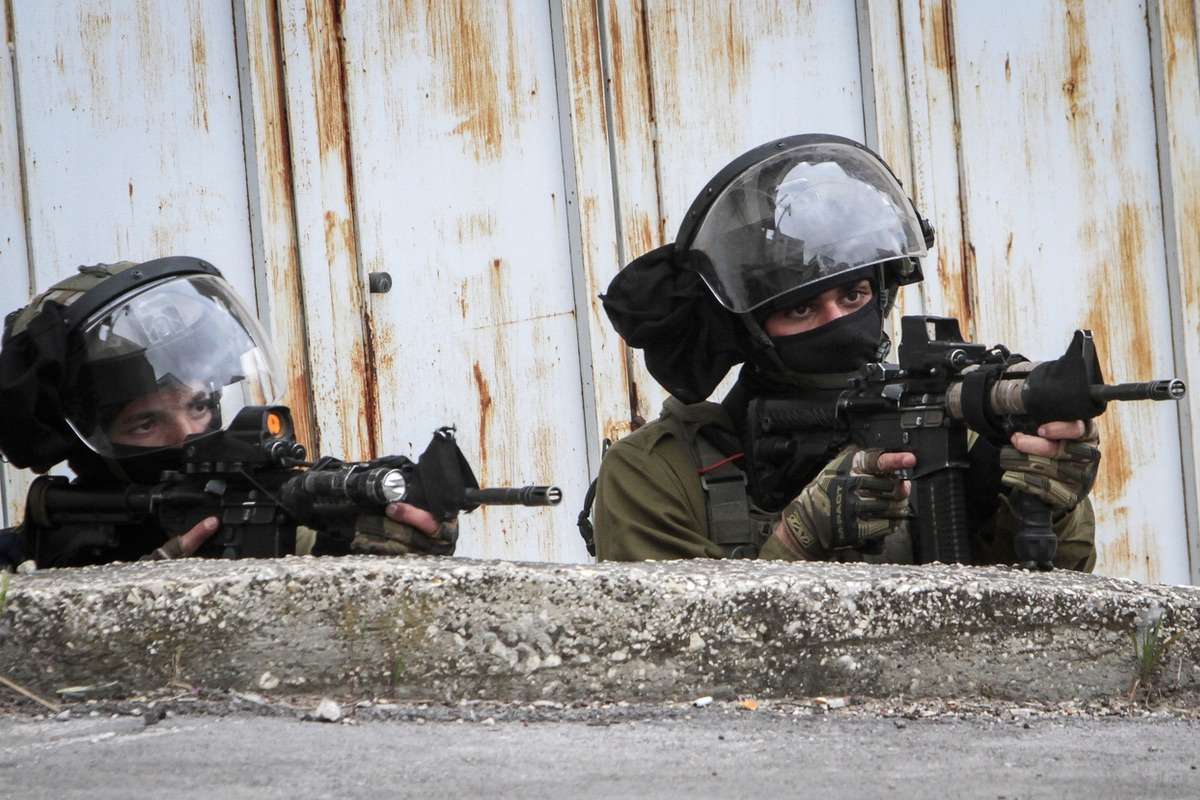 At the same time, Hamas praised the “resistance” in Jenin. Hamas spokesman Abu Obeida said in a statement posted on social media that “our heroes and revolutionaries are not alone” in resisting the occupation.

Fayez Abu Shemala, a columnist for Hamas mouthpiece Falastin, wrote that after the Tel Aviv attack, “Ramadan has made Palestinian Arabs happy.”

The Palestinian Authority officially condemned the terror attack in Tel Aviv last Thursday through its leader Mahmoud Abbas, but it now has become clear that the PA is playing a double game.

Abbas Zaki, a prominent member of Abbas’s Fatah party, attended a mourning ceremony in Jenin and praised the terrorist who killed three Israelis in Tel Aviv before being shot and killed early last Friday by Shin Bet agents in Jaffa.

“I salute the steadfast Jenin (the residence of the slain terrorist), it is a national stronghold,” said Zaki.

“Glory and eternity to our righteous martyrs,” another Fatah member wrote on the organization’s official Facebook page in the city of Hebron.

“We are taking action for Allah,” Fatah Secretary Ata Abu Rmeilah said on al-Awdah TV on March 28, a few days after the current wave of terror began.

“Our goal is not Fatah, Fatah is a means. Fatah is a means of liberating Palestine. Our war is with the Jews,” Fatah’s party secretary in Jenin, Ata Abu Rmeilah, told al-Awdah TV on March 27.

The same Fatah official called the attack in Bnei Barak at the end of March that took the lives of five people after a terrorist from Jenin opened fire on a group of people an “act of heroism.”

Three Israelis and two Ukrainian nationals were killed in this attack by a terrorist who came from Jenin. 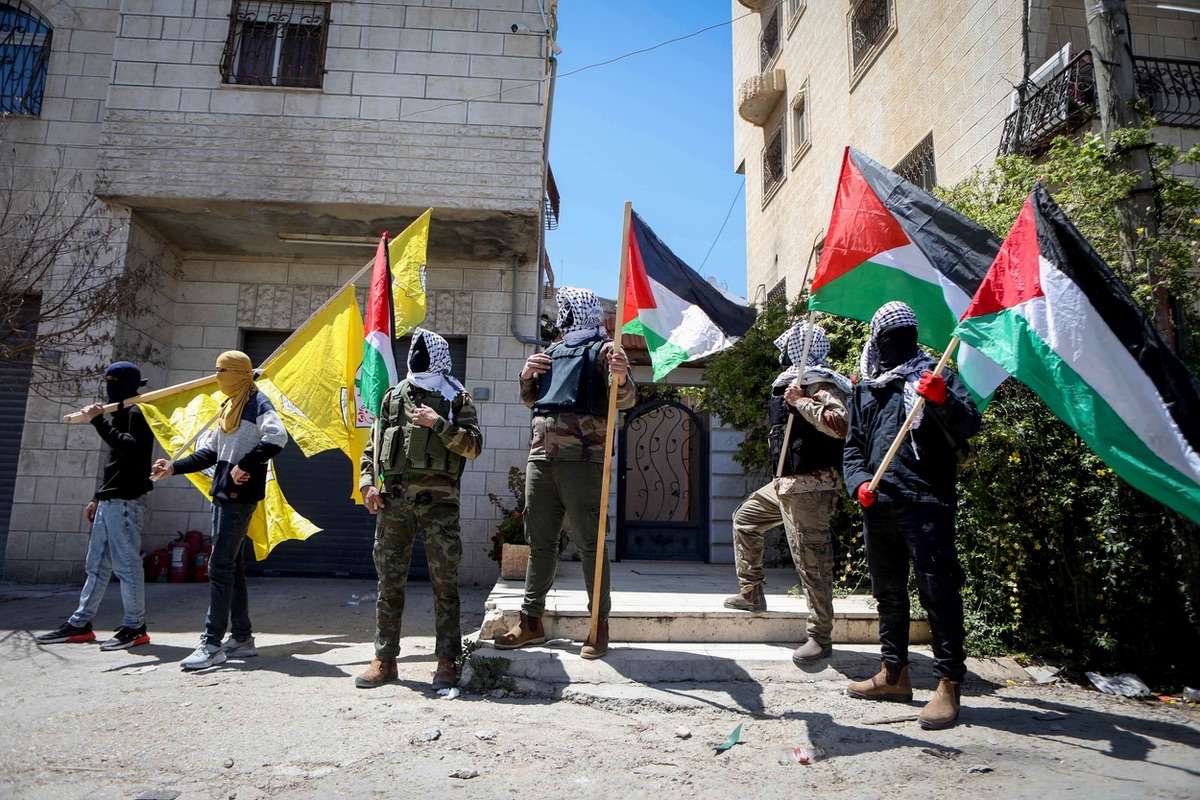 Incitement by all Palestinian factions is fueling the latest wave of terror. Photo: Wisam Hashlamoun/Flash90

The cyber unit of Israel’s State Attorney’s Office reported on Wednesday that it had seen an 800 percent increase in social media incitement over the past few weeks.

Twitter lagged far behind with only 30 percent of the 980 inciting tweets deleted.

Twitter, however, did have the audacity to temporarily close the account of pro-Israeli blogger Elder of Ziyon. This happened after the blogger posted images of the Tel Aviv attack and wrote that the Palestinian terrorist was “subhuman.”

The cyber unit was even forced to shut down the Instagram page of a victim of the recent terror after it was filled with vicious inciting posts.

“Our activity over the past three weeks shows an 800 percent increase in cases of incitement and support for terror on social media platforms, compared to regular times,” said Haim Wismonsky, director of the cyber unit.

“Our assumption, based on past tragic experiences, is that content that supports terrorism with widespread distribution online could lead to follow-up attacks by those who consume such content,” Wismonsky added.

“Thus, our expectation is that once such content has been identified and reported to the relevant online platform, prompt action will be taken and thereby refraining from contributing, even passively, to the continued dissemination of prohibited (incendiary) content,” he concluded. 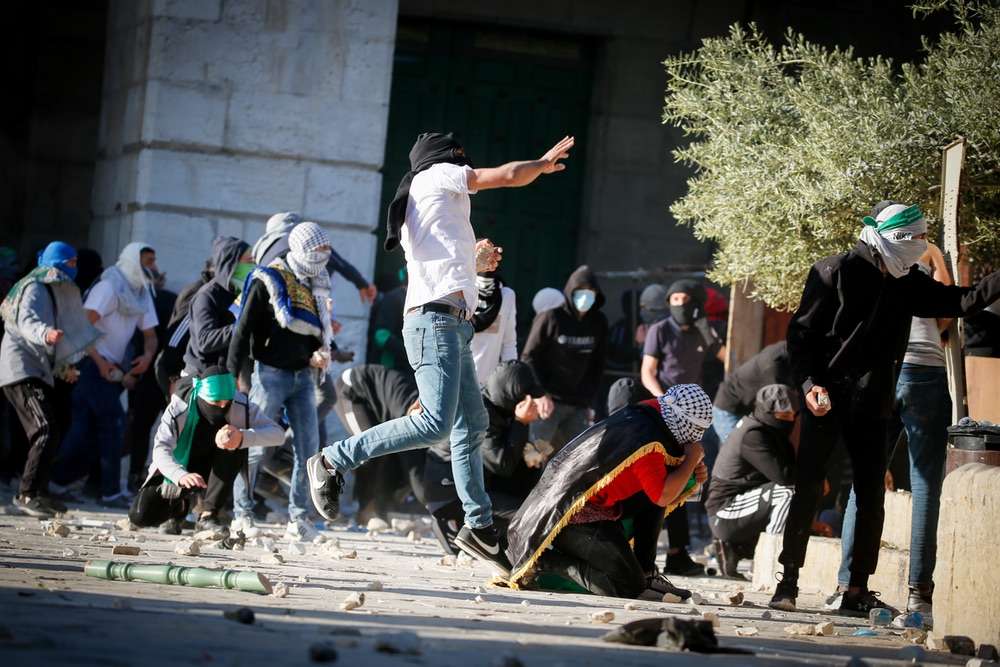 Palestinian Muslims on Friday attacked Israeli police and Jewish worshippers from atop the Temple Mount in Jerusalem. Photo: Jamal Awad/Flash90

Violence in Samaria and Judea continues unabated in the meantime.

Residents of the Palestinian village of Husan, opposite the Jewish city of Beitar Illit, nearly lynched an Israeli man on Tuesday.

The man managed to escape, however, but his car was set on fire and destroyed.

The Israel Defense Forces also entered Bethlehem and some suburbs of Ramallah, the de facto Palestinian capital, in order to arrest suspects who were in the middle of preparations for new terror attacks.

The Palestinian Health Ministry reported that five Arabs were killed during clashes with the IDF and other Israeli security services, while the IDF reported that it had arrested 18 terror suspects. No Israeli soldiers or agents were harmed during the raids that form part of what’s now being called “Operation Wave Breaker.”

“It is no longer a temporary anger,” wrote Arab journalist Jack Khoury on Twitter, while he posted a video of Palestinians carrying the body of a rioter killed by IDF forces through the streets of Jenin.

Khoury thinks the situation now is comparable to the First Intifada, not to the second one that began in September 2000.

He blamed the ongoing security cooperation between the PA forces and the IDF for the anger on the Palestinian street and the unpopularity of PA leader Mahmoud Abbas.

Both Khoury and Israeli analyst Jonathan Spyer say that the Palestinian street is the driving force behind this wave of terror, while Spyer empathized that social media is fueling the violence which has a clear religious aspect.

Spyer is probably right about the religious aspect as we now see during the month-long Muslim fast of Ramadan and the Palestinian reaction to the plans of Jewish religious fringe groups to ascend to the Temple Mount in Jerusalem on Friday, which is the eve of the Jewish Passover festival.

Palestinian factions in Gaza threaten to start a new missile war against Israel when Jews carry out their plan to ascend the Temple Mount on the same day thousands of Muslims pray there on their weekly rest day.