On Wednesday (June 2), all 120 members of Knesset placed their anonymous ballots for Israel’s next president. The two candidates—Isaac “Bougie” Herzog and Miriam Peretz—faced off in what was hardly expected to be anything close to a tight race. After a quick count, Herzog came out on top with an overwhelming majority of 87 votes. In the coming days, Herzog will officially be sworn-in and will take upon himself the heavy burden, especially in this politically-unstable season, that the presidency demands.

This presidential race was unique in comparison to previous elections. Traditionally, almost all of the candidates are known political figures. The prestigious office of the presidency is typically filled by someone who has political seniority, often the last stop before retirement.

Miriam Peretz is not a political figure whatsoever. A long-time educator, she is the mother of two fallen soldiers, Uriel Peretz and Eliraz Peretz, who were killed in action during IDF operations in South Lebanon and Gaza, respectively. She transformed into a public figure because of her noble public speaking abilities. She is often seen as an unofficial representative of Israel’s fallen soldiers. In 2018, she was the recipient of the prestigious Israel Prize for lifetime achievement. 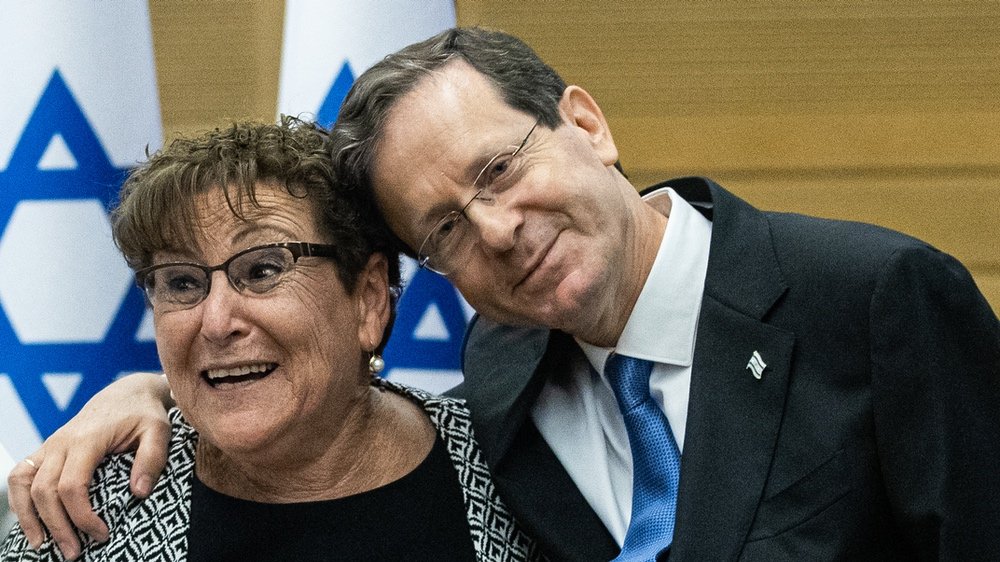 In perhaps the most civil election ever, Peretz and Herzog embraced repeatedly and had nothing but kind words for one another.

Issac Herzog is a much different kind of figure. If Israel was ever to have a political aristocracy, it would be the Herzog family. Herzog was born and bred in an Israeli religious and political dynasty. His grandfather, Yitzhak HaLevi Herzog, was the first Chief Rabbi of Ireland as well as the State of Israel after gaining independence in 1948. His father, Chaim Herzog, was the sixth President of Israel from 1983 to 1993. His uncle was the legendary Israeli diplomat Abba Eben, who served as a liaison officer to the United Nations and as Israel’s ambassador to the United States through the Jewish State’s early years. Isaac Herzog will now take up the torch and continue the family legacy, following in his father’s footsteps.

Aside from his family heritage, Herzog has served in a number of public roles. Most recently he was the Chair of the Jewish Agency, a historic institution that facilitates much of Israel’s relations with Jewish communities abroad. Prior to this position, he was a highly active politician serving as Chair of the Labor Party and filling numerous roles in government. 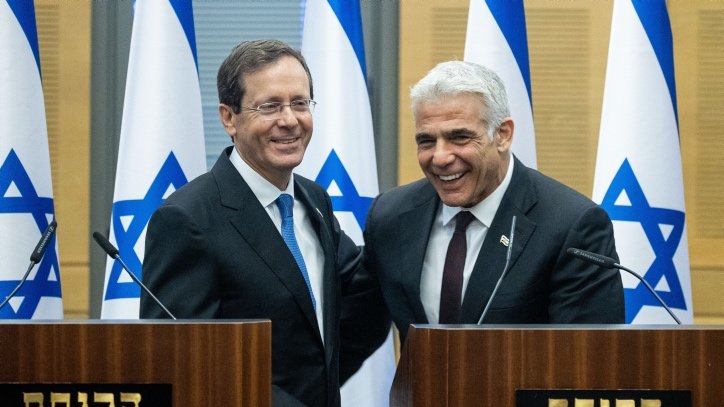 Herzog being congratulated on Wednesday by coalition leader Yair Lapid.

What does a president in Israel actually do?

While it is the prime minister who governs the country, the president as head of state is more of a representative figure. The president will participate in official ceremonies and events both at home and abroad, and is expected to dealign his or herself from political parties and camps.

After holding four elections in just over two years, the role of the president is now more important than ever. The honest and faithful facilitation of forming functioning governments rests in the hands of the president. Herzog has a lot on his plate heading into his tenure.