In recent weeks a survey was published by the Barna Group regarding US Christian support for Israel. The survey indicated that support for Israel among young American Evangelicals has dropped by about 50% over the last few years.

In secular Western media, new outlets have lent their hand to a narrative that demonizes Israel – as if a sovereign country defending itself against an attack of thousands of rockets was a war crime and an act of genocidal aggression! Would even the most peace-loving nation on earth quietly ignore such an attack? Did the Christian city of London ignore bombing attacks on it in World War II by turning the other cheek? Did the United States and Britain ignore the bombing of the Twin Towers and turn the other cheek?

We at Israel Today first of all want to thank you as readers for your connection with Israel and with this publication. In addition, we want to ask you, ”Are you willing to join us in the battle?” The IDF overcame Hamas rocket barrages, but Israel has not overcome the barrage of anti-Israel messages in the news and social media.

As I wrote this article I googled ”Why stand with Israel.” Would you believe that only several relevant websites appeared?

Friends, the pro-Israel world needs to do a lot better. How can you help? Do you have a part to play?

When the Jews were under imminent attack long ago the call to action came: ”Who knows whether you have come to the kingdom for such a time as this?!” (Esther 4:14)

We want to ask you the same question.

Each one of you has a voice that can be heard, and you can make a difference by engaging in honest, loving conversations with acquaintances. Yes, even clicking “Like” on many Facebook and other social media posts helps. You can write relevant comments on social media, or perhaps make videos and write books, or initiate and participate in other actions that you can think of.

The recent war with Gaza gave us a renewed sense of urgency. This is not a struggle over whether Israel’s public relations departments secured the services of the best advertising company, nor whether the IDF has the more sophisticated weaponry.

Something bigger is in play.

There are evil forces operating in our world today, and they have put Israel in their crosshairs. Who will volunteer to pray? And who will pitch in with other practical actions?

We pledge that Israel Today will continue to give you insights from here on the ground in Israel, as well as tools, facts and fellowship. Please connect with us in extra ways and invite your friends to do the same. Thank you for being an advocate for Israel.

The battle has multiple fronts – along the border with Gaza, on the Internet, in casual discussions, in the spiritual realm, in academia, etc. We invite you to join in any way you see fit, and to write to us with requests, suggestions, etc. What “ammunition” do you need? 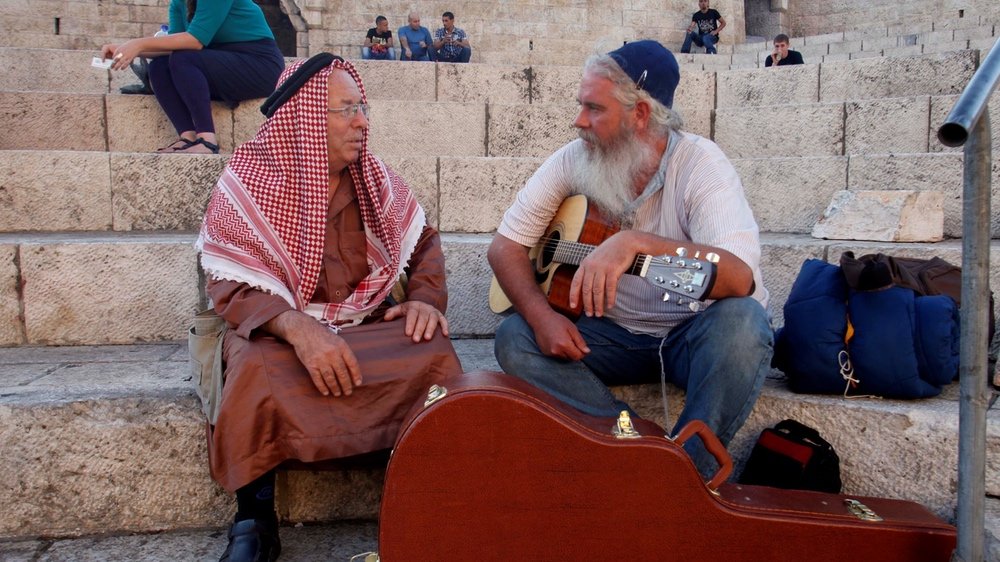 Most Israeli Jews want nothing more than peaceful coexistence with their Arab neighbors.

Pro-Israel does not mean anti-Arab

Israel Today has sought to give a balanced perspective and highlight over the years many examples of peaceful coexistence between Jews and Arabs. This is not an ethnic struggle against Arabs. They are God’s children, Abraham’s descendants, Ishmael’s sons and Israel’s cousins, and nearly 2 million of them are Israeli citizens.

Unfortunately, a vocal, violent stream of radical, anti-Israel Islam exists, which has not reconciled itself to any form of Jewish sovereignty in this land.

Just a few of the many Biblical foundations for standing with Israel in a balanced way:

Then God said: “No, Sarah your wife shall bear you a son, and you shall call his name Isaac; I will establish My covenant with him for an everlasting covenant, and with his descendants after him. And as for Ishmael, I have heard you. Behold, I have blessed him, and will make him fruitful, and will multiply him exceedingly. He shall beget twelve princes, and I will make him a great nation. But My covenant I will establish with Isaac…” (Genesis 17:19-21 emphasis added)

Know, then, it is not because of your righteousness that the LORD your God is giving you this good land to possess, for you are a stubborn people. (Deuteronomy 9:6)

In that day the Lord will reach out his hand a second time to reclaim the remnant that is left of his people… (Isaiah 11:11)