The ceasefire between Israel and Hamas-ruled Gaza seems to be holding. But that doesn’t mean the Jewish state isn’t still under fire. Now that armed hostilities have ceased, the PR war against Israel really begins.

The following is a selection of reports regarding this assault in the court of public opinion and how Israel and her supporters are fighting back.

Israeli celebrities have reached over 150 million followers in the past week in a national information effort in response to the global attack on Israel in social media by international stars expressing support for the Palestinian narrative.

As part of the project, the Israel Entertainment Channel (Arutz HaBidur) has joined the Ministry of Strategic Affairs to publish content in Hebrew, English and Russian with the aim of expanding influence on social networks and getting the Israeli public and friends of Israel to join the information effort.

All content in Hebrew is also translated into English and distributed to millions of followers. Thanks to the combined effort, the collaboration has so far, in just about a week of activity, generated over 150 million views for about 50 videos.

Minister of Strategic Affairs Michael Bitton added: “The social networking arena has in recent years become fertile ground for anti-Israel and antisemitic discourse. Nowadays, every private person can talk about the reality of his life, but today pro-Palestinian elements do so in much larger numbers. To balance this discourse, we embarked on this unique venture with the Israel Entertainment Channel, which has over a million followers on Instagram, and the ability to harness influential followers from Israel and around the world.”

Join the battle for Israel! Below are links to posts from selected Israeli celebrities taking part in this effort with hashtags you can share:

You can also join Israel Today on social media to keep updated on all the latest, as well as to help us push back against the mounting anti-Israel bias: 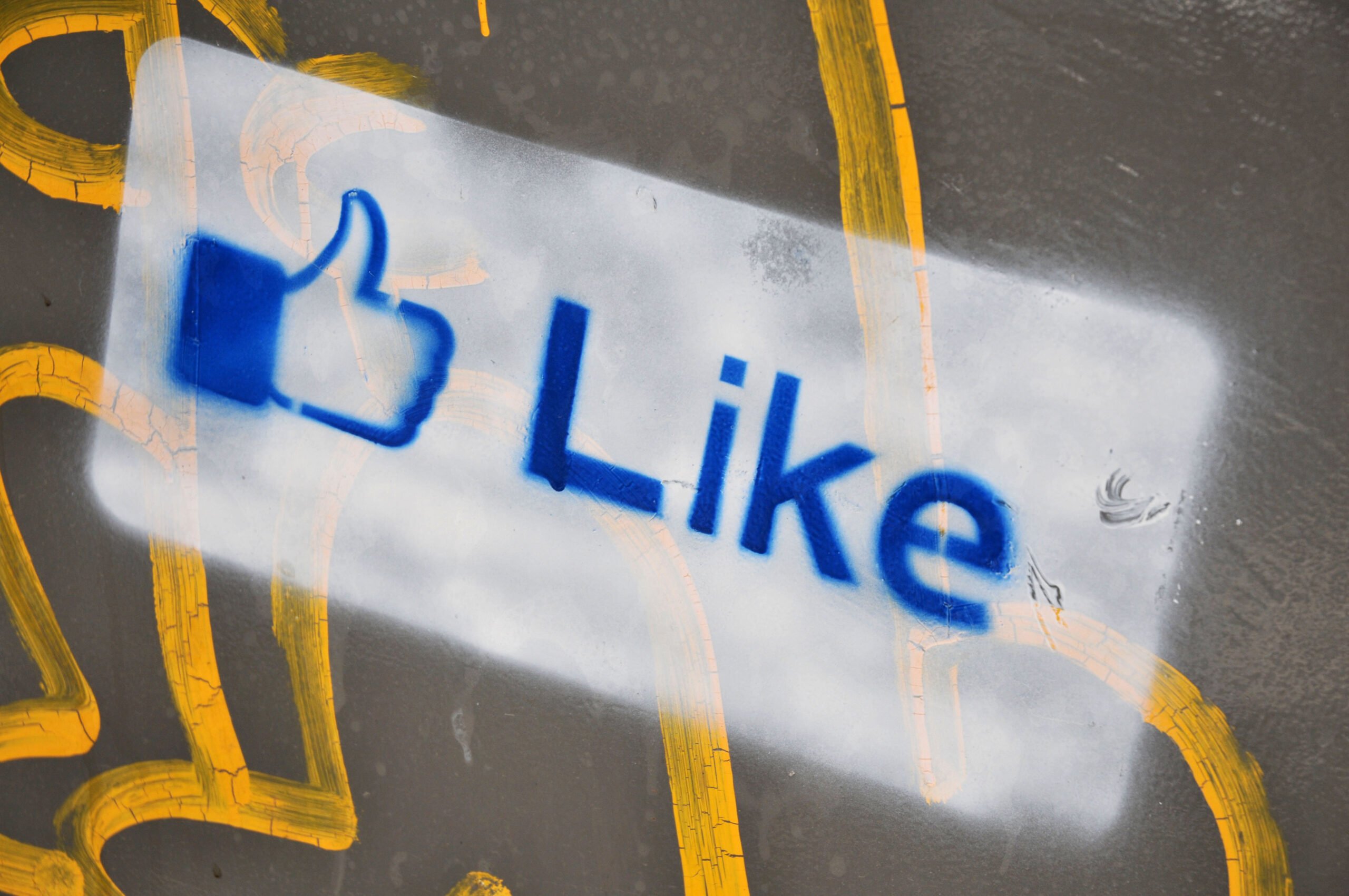 Social media has become a primary battleground in the Israeli-Palestinian conflict.

A popular Muslim cleric from the United Arab Emirates (UAE) who attacked Hamas for firing rockets is being accused of being funded by Israel. In response, he tweeted his (alleged) bank account number, tagged the Arabic-language Twitter account of Israel’s Foreign Ministry and asked jokingly why he had not yet been paid!

High-profile cleric Waseem Yousef has 1.6 million followers on Twitter. Clearly worried by his influence, Hamas officials in Gaza were furious that this fellow Muslim did not support their war on Israel. So, as is typical in the Arab Muslim world, they accused him of “collaborating” with the Jews.

But Waseem, who is gaining much sympathy in the Persian Gulf, attacked Hamas for firing rockets on Israel of his own volition. Among other things, he tweeted:

“Hamas launches rockets from civilian homes, and when the response arrives, Hamas screams, ‘Where are the Arabs? Where are the Muslims?’ You turned Gaza into a cemetery for the innocent and children! You harm Egypt and Sinai. You burn the flags of most Arab countries. You insult all Arab countries. You do not respect anyone. You did not feel sorry for the children and the elderly in Gaza. The Muslim Brotherhood is an epidemic.”

“All Muslims and the world are not happy with the bloodshed of innocent civilians. Intelligent people warn against Hamas and its supporters, and those who applaud them. You are the ones launching rockets which in turn are destroying Gaza! Tell Hamas, which is allied with Iran against the Arab people, to shut up and shut down.” 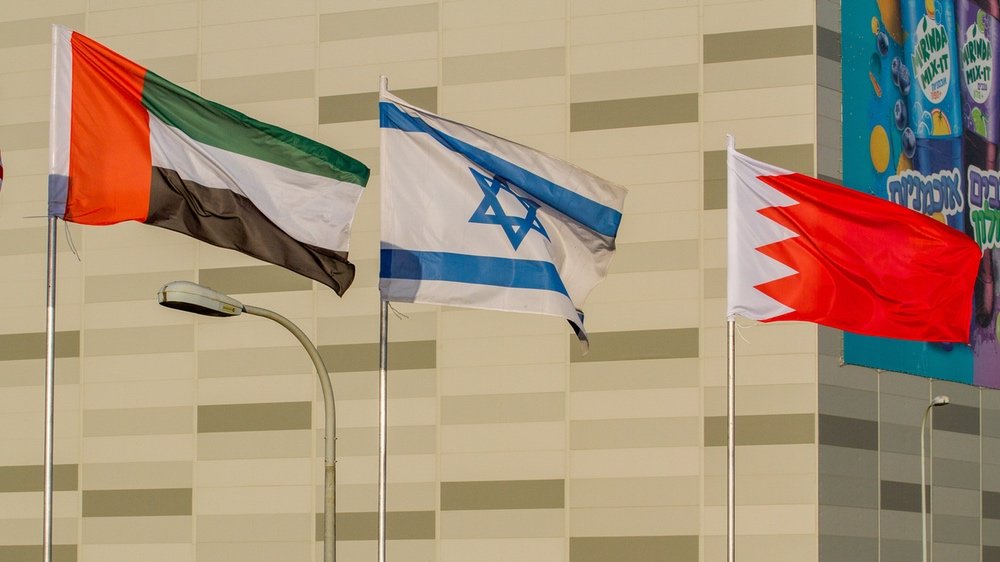 Anyone who thought the Gaza war would sour newly-forged relations between Israel and the Gulf States was sorely mistaken.

Dozens of lecturers at the University of Ghent in Belgium have issued an extreme anti-Israel petition condemning the Israeli attacks on the Palestinian population in the Gaza Strip, the West Bank and within Israel. “We express solidarity with the Palestinian people who have been opposed since 1948 to a colonialist settlement regime involved in ethnic cleansing, land expropriation, transfer of residents and apartheid,” the petition read.

Lecturers from the University’s Department of Conflict Studies condemned the Belgian government and the European Union for the lack of political action against Israel, which they claim is committing blatant violations of international humanitarian law, including through the “illegal” settlement project and the discriminatory laws against Palestinian civilians in Israel. “This ignorance is the nature of the Israeli-Palestinian question, of the occupier against the oppressed, the colonialist against the occupied,” they alleged.

Israeli Ambassador to Belgium Emanuel Nachshon responded to the petition:

“This is how some universities cultivate hatred. With incitement to violence and a false and jealous narrative. I am sorry for the students of Ghent University.

“This is a petition that denies the right to exist of the State of Israel. I suggest to anyone who lives in Europe and has feelings of guilt about your own colonialism not to attack the Jewish people who now live in their own homeland.”

Nachshon also challenged the university administration and suggested they invite him to speak on campus to rebut the lecturers’ claims against Israel. 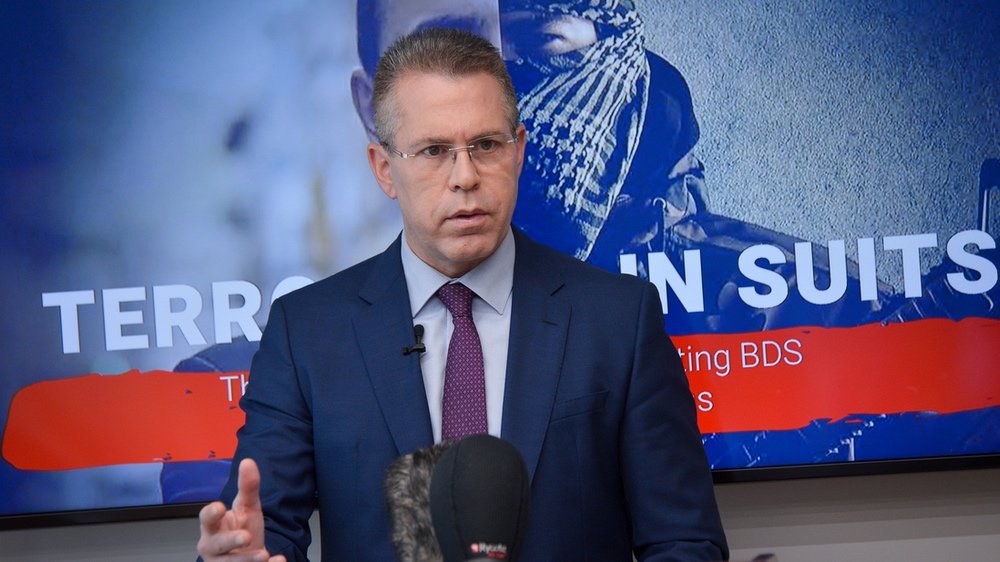 Now that it has silenced Hamas, Israel must contend with what it calls “Terrorists in Suits,” chief among them the BDS movement.

Porters refused to load an Israeli merchant ship and a film festival canceled a screening of an Israeli filmmaker in protest of the operation in Gaza. “We will not present films by Israeli filmmakers while Israel oppresses the Palestinians; Israel must be culturally isolated.”

The Durban International Film Festival has canceled the participation of Israeli filmmaker Yaki Ayalon, who was chosen about two weeks ago to present his documentary Eretz Ir about the long journey of members of an immigrant family from Nigeria to Israel. Ayalon’s film was chosen to participate in the festival out of thousands of films and screening details and schedule have already been arranged.

But last week, Ayalon received a letter from the organizers informing him of the cancellation. “Dear Yaki, as the oppression of Palestinians by Israel continues to grow, more and more artists around the world are calling for a cultural boycott of Israel. The Center for Creative Arts is committed to social justice, human rights and dignity. We will not represent any Israeli filmmakers. The Palestinians and their oppression continue unabated by the Israeli government,” the letter reads.

The organizers of the Durban Festival also wrote:

“We are aware of the inconvenience for the impact such a decision has on an individual filmmaker who suffered a similar exclusion of our voices and artistic products at international festivals during the oppressive years of our own apartheid. As such we recognize the value of the international community of artists when they call on us to isolate Israel culturally as well.”

“I was surprised by the decision of the management of the International Film Festival in Durban, South Africa, to cancel my screening of ‘Eretz Ir’. As a director and documentary filmmaker, all my films deal with social issues. The film ‘Eretz Ir’ presents the long journey of the family of immigrants, the film’s heroes in their struggle to return to Israel. I am sorry that the festival management chose not to view and to disqualify its screening in light of its being an Israeli work.

“I am very sad to see the harsh images of the victims from Israel and Gaza. Most of us would like to live in peace and quiet, both sides long for calm, and especially on such sad and complex days it is important to make sane voices calling for equality between people and against violence.”

Ayalon’s films deal with social issues and strive to shed light on the rich diversity and human mosaic that exists in Israel.

Meanwhile, sites affiliated with the anti-Israel Boycott, Divestment and Sanctions (BDS) movement report that the South African Porters Association has refused to load the Israeli ship Zim Shanghai at the Port of Durban as a protest against the operation in Gaza and as a sign of solidarity with the Palestinian people. Israeli officials confirmed that BDS activists demonstrated outside the port and called on the Union of Porters not to load the ship. Reports are coming in that so far the loading of the ship continued as usual.