(JNS) While an official UN Commission of Inquiry seeks Israel’s diplomatic isolation, 21 nations came out in support of the Jewish state on Monday, expressing concern about the commission’s uncommonly broad mandate and the UN Human Rights Council’s irregular targeting of Israel.

In Geneva, the three members of a UN Commission of Inquiry—all of whom have a history of anti-Israel activity and rhetoric—addressed the Human Rights Council and the press in the wake of their first report released last week.

On Tuesday, commission chair Navi Pillay, who has a documented record of lobbying governments to sanction Israel, blamed Israel for every facet of the long-running conflict with the Palestinians.

Formed in the wake of Israel’s 11-day conflict with Hamas in the Gaza Strip last May, the commission is unique among the 33 commissions of inquiry, fact-finding missions or other investigative bodies created by the world body’s Human Rights Council. Its mandate has no end date and its scope is not limited to any defined time period. Instead, it covers any and all allegations of human-rights abuses related to the conflict, dating back to the process of Israel’s founding.

See: The UN’s Sonderbehandlung of the Jewish state

The extensive mandate, along with an annual budget of approximately $5 million granted to the commission by a Human Rights Council, which is already notorious for an obsessive focus on Israel, concerned some UN member states, and the commission’s first report did little to nothing to alleviate those worries. In response, the United States led an international effort to push back on the commission’s findings.

“We believe the nature of the COI established last May is further demonstration of disproportionate attention given to Israel that has carried over from the founding of this Council and must stop,” read a statement delivered by US Ambassador to the United Nations in Geneva Michèle Taylor and signed by the United States, Israel and 20 other partners.

“We continue to believe that this long-standing disproportionate scrutiny should end and that the council should address all human-rights concerns, regardless of country, in an even-handed manner. Regrettably, we are concerned that the Commission of Inquiry will further contribute to the polarization of a situation about which so many of us are concerned,” the statement added, noting that no country is above scrutiny and accountability, but rather, on the basis of consistent and universally applied standards.

‘The clear message delivered by this statement’

The Israeli government, which has refused to participate in the commission’s work, expressed gratitude for the support.

“Today is a day of change at the Human Rights Council. A day on which morality is overcoming hypocrisy. Enough with the bias. Enough with the obsession with Israel. I want to thank the United States and my friend, Secretary of State [Antony] Blinken, for leading this important and necessary step, and every one of the countries signed on this statement,” wrote Israeli Minister of Foreign Affairs Yair Lapid.

“I hope the Human Rights Council will understand the clear message delivered by this statement and cancel the [Commission of Inquiry], which was born in sin, and will start dealing with human rights as it was supposed to from the day of its establishment,” he added. 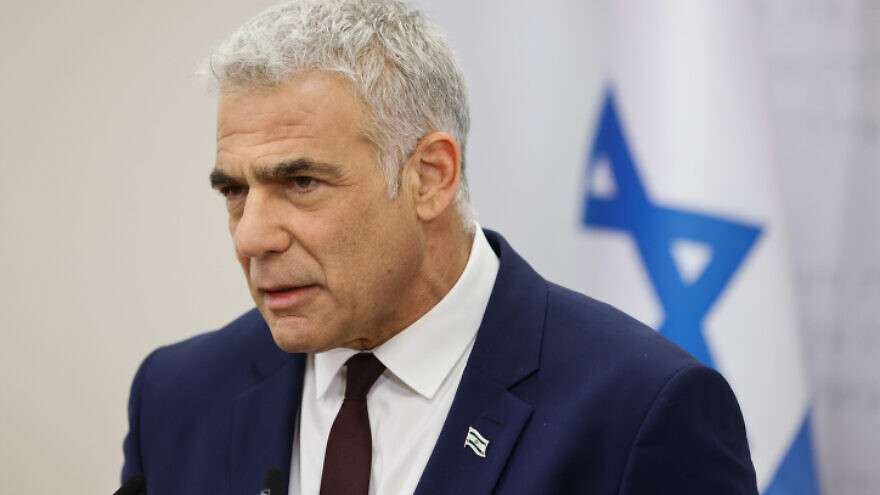 Pillay stated that her commission’s work thus far confirmed “the asymmetrical nature of the conflict,” casting Israel as the aggressor despite its acceptance of multiple peace proposals put forth by the international community. She also issued a warning of sorts to Israel’s diplomatic and military partners, telling the council that third-state parties can be culpable in the breaking of international law in their dealings with Israel.

She went so far as to hold Israel responsible for the Palestinians’ own human-rights abuses and political corruption.

“Israeli actions have created an atmosphere of impunity that has also emboldened the Palestinian duty bearer to commit human-rights abuses among their own people, including the Palestinian Authority’s failure to hold legislative and presidential elections,” she said.

In retaliation for the US-led statement on the commission’s work and mandate, and the State Department’s 25% cut of the commission’s budget, Palestinian Authority Ambassador to the United Nations in Geneva Ibrahim Khraishi called for the UN General Assembly to suspend America’s membership at the Human Rights Council, according to The Jerusalem Post.