As we celebrate a feast known as the Festival of Light, I am reminded of what Jewish colleague Julia Pascoe told me last week that “If it wasn’t for Hanukkah, we wouldn’t have Christmas!”

Hanukkah (or Chanukah), which begins today and continues till next Friday, marks the rescue of the Jews from the genocidal threats of Syrian-Greek emperor Antiochus Epiphanes in the second century before Christ, who of course came through the Jewish people.

Thanks to the Maccabees, who bravely revolted against the tyrant, Jewish life was restored and the Temple, which had been desecrated, was re-dedicated with the lighting of the menorah (seven-branched candlestick), which burned miraculously for eight days with only enough oil for a day – the Greeks had polluted the rest.

As for Julia, she will be rejoicing in more ways than one, having discovered Jesus to be the Jewish Messiah after a “three-year argument” with her Christian friend Tessa.

When she met Tessa in 1996, she told her that Jews don’t need Jesus, something she had been taught from a young age. 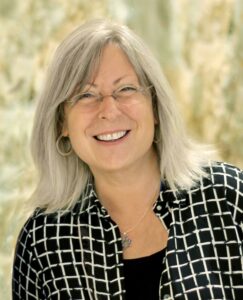 “But it’s true to say that, at the time, I was seeking for meaning, purpose and peace, but looking in all the wrong places. I had spent many years, and lots of money, going to psychics and mediums, looking for answers, but none of these things brought me meaning, purpose or peace. And while I didn’t want to hear about Jesus, I was longing for all the things he seemed to be offering.

“Tessa shared prophecies from the Hebrew Bible that described Messiah’s birth, life, death and resurrection… I could see he had all the credentials to be Messiah, but my pride would not let me admit my need for his forgiveness.

“I was wrestling with what my family would think if I accepted Jesus, and was also struggling to understand why God would allow so much suffering – my mother died unexpectedly when I was 16, and from that moment I questioned whether God even existed.

“Then Tessa gave me a book to read – Betrayed by Stan Telchin, a Jewish man whose daughter comes to faith in Jesus. He tries to prove her wrong and win her back to rabbinic Judaism. So he started reading the New Testament, looking for error, but as he read the gospels, he came face to face with Yeshua (Hebrew for Jesus), his Messiah! Eventually, Stan and his entire household came to faith in Jesus.

“As I read his book, my heart was pounding – I realised that you can be Jewish and believe in Jesus but, most importantly, I realised Jesus died and was raised from the dead so that I could be forgiven of sin and receive the promise of eternity with God.

“I wanted to say yes to Jesus and tell Tessa, who later told me she’d spent hours on her knees praying for me, but my pride wouldn’t let me. Finally, she invited me to a Christian concert. I initially said no, but Tessa persisted until I gave in. She knew I loved music and that night a band called Delirious were playing.

“They sang a song called Lord you have my heart, and I will search for yours. The words pierced my heart – I’d been searching for God for so long, and the tears poured down my face. The band gave an invitation afterwards for anyone wanting to pray a prayer of repentance. I could no longer resist. I prayed, repented of my sin and, in that moment, I experienced God’s redemption, his rescue, and I left that concert rejoicing!

“As a Jewish disciple of Jesus, serving with Jews for Jesus, I’ve had to study the biblical feasts, which you can read in everyone’s favourite book of the Bible – Leviticus! In chapter 23, God’s appointed times, or his prophetic calendar as I like to call it, describes Messiah’s two-part mission – his first coming fulfilled through Passover and Pentecost, and his second coming, yet to take place, but fulfilling Rosh Hashanah (the Jewish New Year), Yom Kippur (the Day of Atonement) and Sukkot (or Feast of Tabernacles).

“The theme at the very heart of Rosh Hashanah is repentance, and the festivals that follow form a natural progression through redemption to rejoicing. And it is these three key themes – repentance, redemption and rejoicing – that are woven through the High Holy Days; three key steps that lead to a personal relationship with God.

“In order to discover the joy of knowing God, we need to start with repentance – turning our backs on our own ways and turning towards God. Rosh Hashanah ultimately reminds us that Jesus will return to judge the whole earth, but all who believe in him will rejoice with God eternally.”

In many ways Hanukkah, with its focus on the temple’s continually burning menorah, foreshadows the coming of Christ, the light of the world, who also calls his disciples to let their light shine for the glory of God. The Hanukkah menorah is made up of nine candles, one for each day plus the central Shammash (or servant) candle which lights all the others, perfectly fulfilling the role of Jesus, the Servant King, lighting up the lives of those who follow him.

The coming of Jesus is good news of great joy for all who put their trust in him (see Luke 2:10), as Julia has discovered.