In Bible times, one generation after David and Solomon, Israel split into two kingdoms. That split lasted a few hundred years and was only really “solved” by exile.

Forty-one percent (41%) of right-wingers think that Netanyahu’s trial is really aimed against the entire right.

Forty nine percent (49%) of Jews think that Arabs are threatening the status quo identity of Israeli society (compared to 14% of Arabs who think so of Jews).

Thirty-five percent (35%) of secular Israelis think the orthodox religious are threatening the identity of the state (compared to 8% of religious people who think the same regarding the secular).

The above conclusions emerge from the findings of the National Consensus Index published by the Israeli Congress, based on a long-term study conducted by Bar Ilan University researchers. The study examined relations among the various groups in Israeli society, including current issues. The survey was published in anticipation of the launch of an initiative called the “Committee of the People.” Its goal is to use digital space to unite, and reach a basis of common agreement among the varying wings of Israeli society, around the existing disputes. The launch was tied to Sukkot – the Feast of Tabernacles. The platform is similar to the Ushpizin hospitality custom during which guests of all kinds are invited to celebrate together in each others’ tabernacle booths. 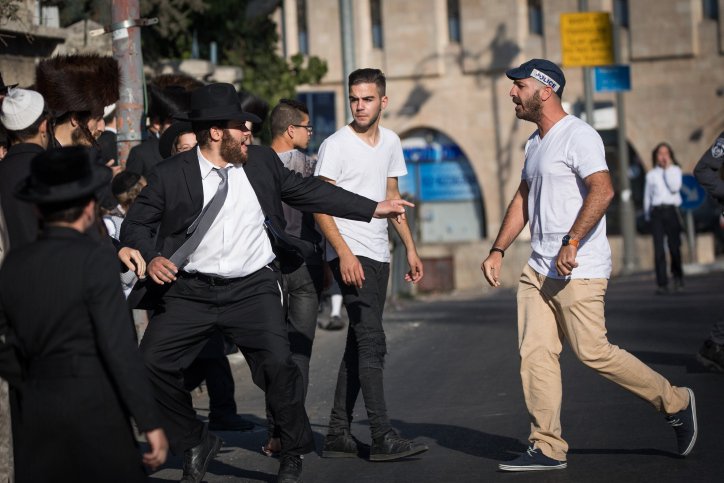 Main findings of the study – a snapshot of the hostility and disagreements that exist in Israeli society:

Social cohesion in Israel is important to Israelis, but they are pessimistic about their ability to bridge disputes. About 62% of Israelis think that Israeli society is divided, with the government, the rabbinate and the Supreme Court being the factors that Israelis consider the most divisive. The survey shows that social cohesion in Israel is more important for leftists (82%) than for right-wingers (75%). In the eyes of the respondents, the army and security crises serve to unite the people, whereas the rabbinate, the government and the Supreme Court are seen as causing division.

About half of the right-wingers (50%) think that the leftists are threatening the identity of Israeli society. 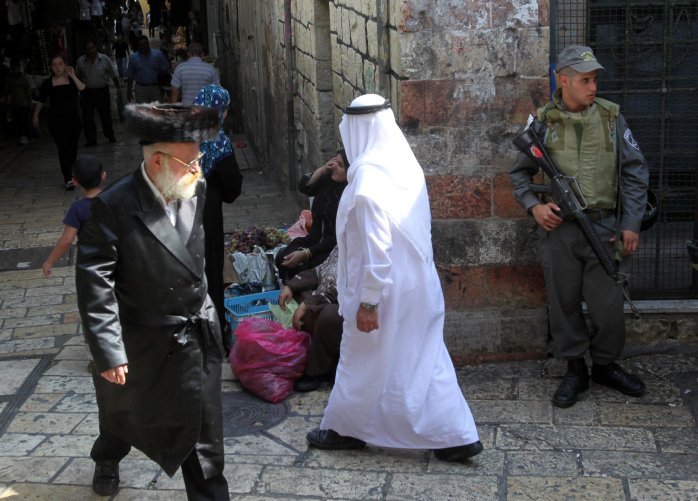 Willingness to use violence:

• 34% of Jews are willing to use violence against Arabs.

• 17% of those who define themselves as right-wingers are willing to use violence against left-wingers.

• More than half of Israelis expect Diaspora Jews not to publicly criticize Israel.

• Only 31% are happy that a unity government coalition is in power.

• 41% of right-wingers believe that the trial against Netanyahu is really aimed against the entire right; only 5% of left-wingers think so.

• 31% of all Israelis (46% of all right-wingers and 8% of all left-wingers) believe that there is a “deep state,” a bureaucratic shadow-rule in Israel that acts against the will of the elected representatives of the people.

• Only 9.5% of respondents think that the indictments against Netanyahu should be the top priority of the government.

“Long-term research reveals that Israeli society is degenerating into abysses of division, against its will,” explain Dr. Adv. Gilad Weiner, director of the Israeli Congress and Prof. Shachar Lifshitz, one of the study’s authors. “We see people trying, coming to meetings, demonstrating, active, but their optimism is shrinking. There is a failure of leadership, which creates mistrust, and does not cast a vision of agreement and a common future,” they added.

“Along with the growing division and hostility, a particularly disturbing finding is the worsening political-ideological division. Its magnitude is almost the same as that of the nationalistic [Jewish/Arab] rift. The ideological rift is expressed by the fact that the unity government is not winning the trust of the public, and is rated as one of the most divisive bodies in the Israeli society. A third of the public believes it is ruled by a shadow mechanism,” said Dr. Yulia Elad-Shtrenger of the Department of Political Science at Bar Ilan University, one of the authors of the study.

The sample was conducted in June-July 2020 among 1003 respondents aged 17-70 from all parts of Israeli society. The Israeli Congress is a joint venture between Bar Ilan University and the Menomedin Foundation, established to address the main challenge of Israeli society today: the ongoing tension between its Jewish identity and its democratic identity; with the proposed key to bridging this fundamental tension being a broad public process of building agreement.

Even if some of its authors may have been atheist, this survey is a desperate call to prayer for “brethren to dwell together in unity” (Psalm 133:1-3).