The outcome of the US presidential election will have far-reaching implications for American relations with Israel and general US policy towards the Middle East, in particular as regards Iran.

Joe Biden was the vice president in the Barack Obama administration for eight years. Obama was pursuing a pro-Palestinian policy and was constantly pressuring Israel to make concessions in the ‘land-for-peace process.’

Biden was also a supporter of the nuclear deal with Iran that was struck in 2015.

However, Biden is not a carbon copy of Obama, and had good relations with consecutive Israeli governments for 36 years as a senator, despite confronting Israeli leaders over the so-called ‘settlement policy.’ 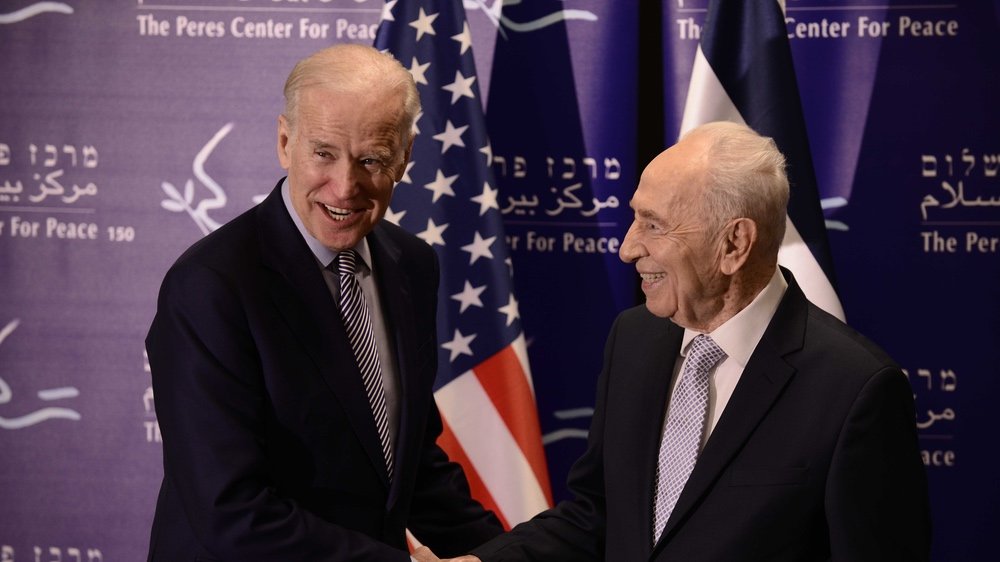 Biden is a proponent of the so-called ‘two-state solution’ to the century-old conflict with the Palestinian Arabs, but will not be able to undo the facts on the ground that have been created in Judea and Samaria over the past few decades.

Anyone visiting what’s known as ‘Area C’ in Judea and Samaria today will see that especially in the last four years under the administration of outgoing President Donald J. Trump, major changes have taken place in the Jewish communities in the biblical heartland.

Take, for example, the city of Efrat in Gush Etzion just south of Jerusalem, where hundreds of new houses have been built in recent years and new residential areas have been created. Two of these are the Dagan and Tamar neighborhoods that remained as caravan outposts since assassinated Israeli Prime Minister Yitzhak Rabin approved the construction of houses there.

Tamar and Dagan are now normal residential areas where hundreds of families have bought a house, while the already existing new Zayit neighborhood in Efrat has grown enormously over the past four years.

Even in the small Jewish community of Carmei Tzur in the heart of Judea along Highway 60, the main road from Hebron to Jerusalem where there was a construction freeze for decades, new residential areas are now under construction.

The isolated community is located between the large Palestinian villages of Beit Umar and the town of Halhoul, where three Jewish youths were murdered in 2014. 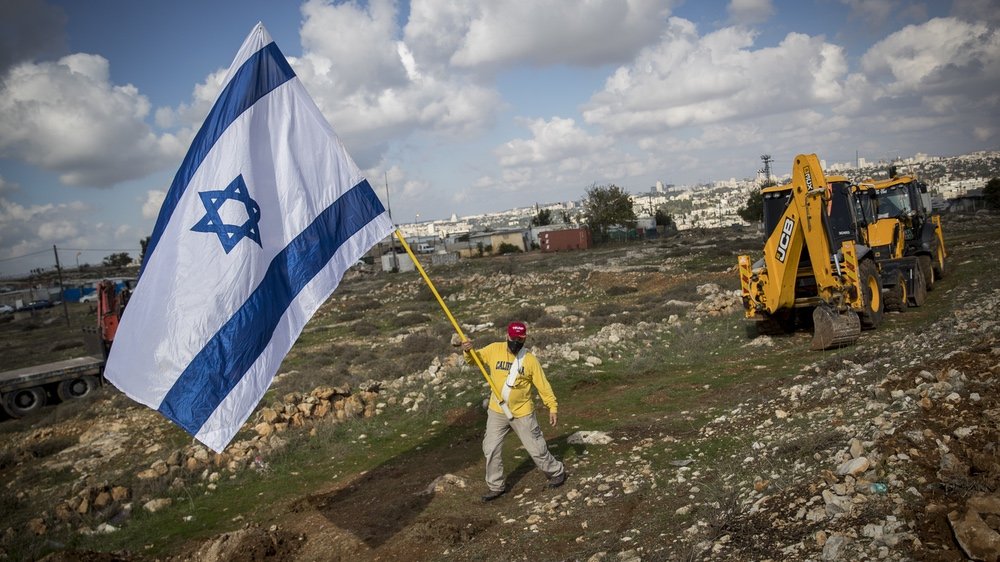 Biden will be unable to reverse Israeli “facts on the ground.”

It also seems very likely that the new US administration of Biden and Kamala Harris, his vice-president, will restore financial aid to the Palestinian Authority.

What is also certain now is that the application of Israeli sovereignty in parts of Area C and the Jordan Valley as envisaged in the Trump administration’s peace plan is definitely off the table.

It has become clear that Israel agreed to drop this scheme during normalization negotiations with the two Arab Gulf states, Bahrain and the United Arab Emirates. The issue is, furthermore, no longer being discussed in the Israeli parliament, the Knesset.

Harris said during the same interview with Arab American News that she and Biden are against any unilateral measure regarding the status of Judea and Samaria and that they oppose the expansion of the so-called ‘settlements’. 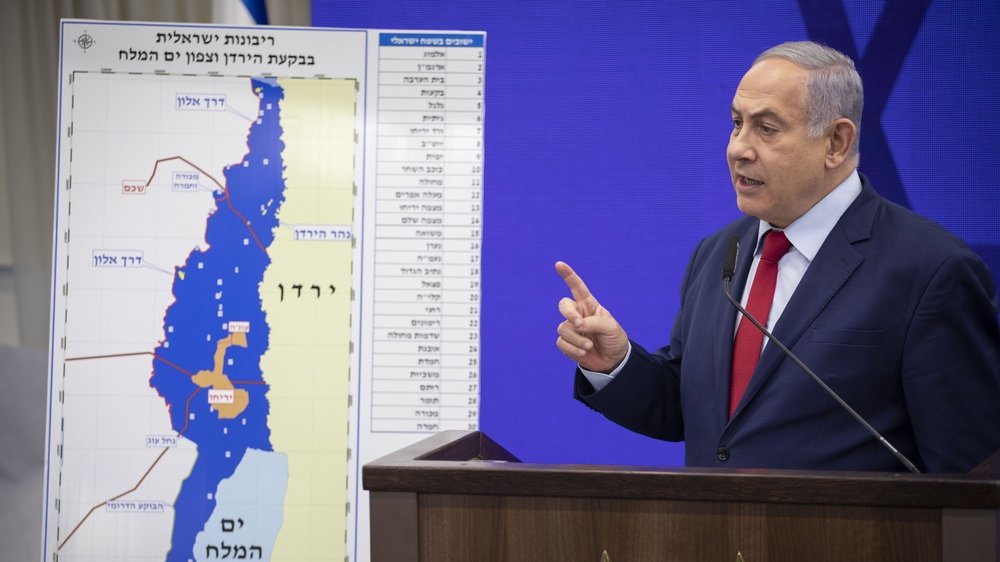 Netanyahu shelved the application of Israeli sovereignty in the Jordan Valley as part of normalization deals with the Gulf states, but insisted the move is not off the table.

The only positive point is that Biden has promised not to close the US Embassy in Jerusalem, but he does want to reopen the American consulate in Israel’s capital to assist the Arabs living in the city.

Another reason for Israel to be concerned is that under Joe Biden, the US government will adopt a different policy towards Iran. Biden has already announced during his presidential campaign that he wants to return to the JCPOA, the nuclear agreement between six world powers and the Islamic Republic.

Keeping his election promise will lead to tensions with Israel, which was squarely behind Trump’s policy of ‘maximal pressure’ on Iran, and also welcomed Trump’s decision to leave the JCPOA.

In Israel, there is now speculation that Trump will either take military action against the Iranian nuclear facilities or give Israel the green light to attack in the months before the transfer of power at the White House.

However, these speculations appear to be based on wishful thinking, because Israel is currently not prepared for the expected Iranian response, namely activating its Lebanese proxy Hezbollah with its 150,000 missiles that are pointed at Israel.

Israel is, furthermore, embroiled in an ongoing political crisis, and Prime Minister Netanyahu has other matters on his mind besides Iran’s aggressive activities in the Middle East and its growing uranium supply, as was revealed last week by the IAEA, the International Atomic Energy Agency in Vienna.

The Israeli Prime Minister is under great pressure over his handling of the Corona crisis, and also has to defend himself against corruption charges in a Jerusalem court.

Netanyahu has, furthermore, to deal with another problem since Biden is almost certain to become the new President of the United States. 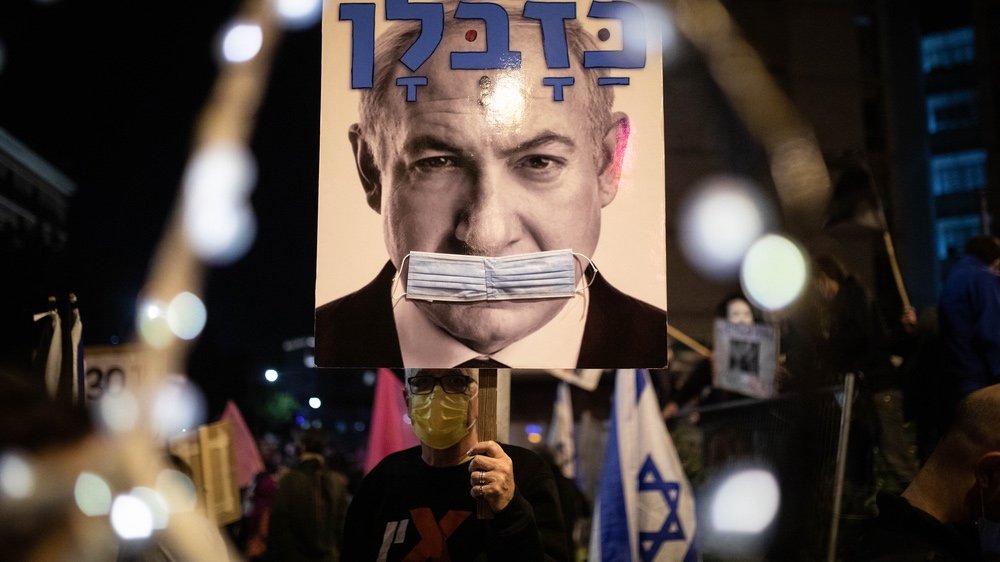 It seems unlikely that Netanyahu would make a drastic move like attacking Iran while facing mounting demonstrations calling for his resignation.

In the years under Trump, the Israeli Prime Minister developed a very special relationship with the outgoing President and his administration, as well as with the Republican Party, and was often criticized for that relationship by the leftist camps in both Israel and the United States.

The Israeli Prime Minister must now rebuild a relationship of trust with the Democratic Party, while not antagonizing Trump in the meantime. This most likely explains why Netanyahu has still not sent an official congratulatory message to Biden.

Netanyahu limited himself to a Twitter post in which he wrote that he had had a “warm personal relationship” with Biden for 40 years and knew him as “a great friend of Israel.” He went on to write that he looked forward to further strengthening the special alliance between Israel and the US in cooperation Biden and Harris.