Israel’s best efforts to remain on friendly terms with Russia notwithstanding, the two nations now appear to be on a collision course that could have far-reaching consequences.

This tension boiled to the surface yet again on Tuesday when Russia’s ambassador to Israel, Anatoly Viktorov, reportedly stormed out of a meeting at the Knesset to mark Victory Day, when Russians and their allies commemorate victory of Nazi Germany.

Right at the start of the meeting, Member of Knesset Gilad Kariv (Labor) said it was impossible to mark Victory Day “without an anxious look and a strong voice of protest against Russia’s military activity in Ukraine’s sovereign territory.”

He went on to accuse Russia of “crimes against humanity” in Ukraine. The charge was echoed by several other MKs, some of whom were born in Ukraine, like former Knesset Speaker Yuli Edelstein (Likud), who slammed Russia for “cynically exploiting” Victory Day to justify its present aggression.

At this point Viktorov abruptly left the meeting. The Russian Embassy later claimed he had a scheduling conflict and was simply trying not to miss his next meeting. But the N12 news portal cited sources in the Knesset who said the ambassador uttered sharp words for the Israeli lawmakers as he stormed out of the building.

This hostile diplomatic encounter came against the backdrop of a far more serious insult on the part of the Russians. 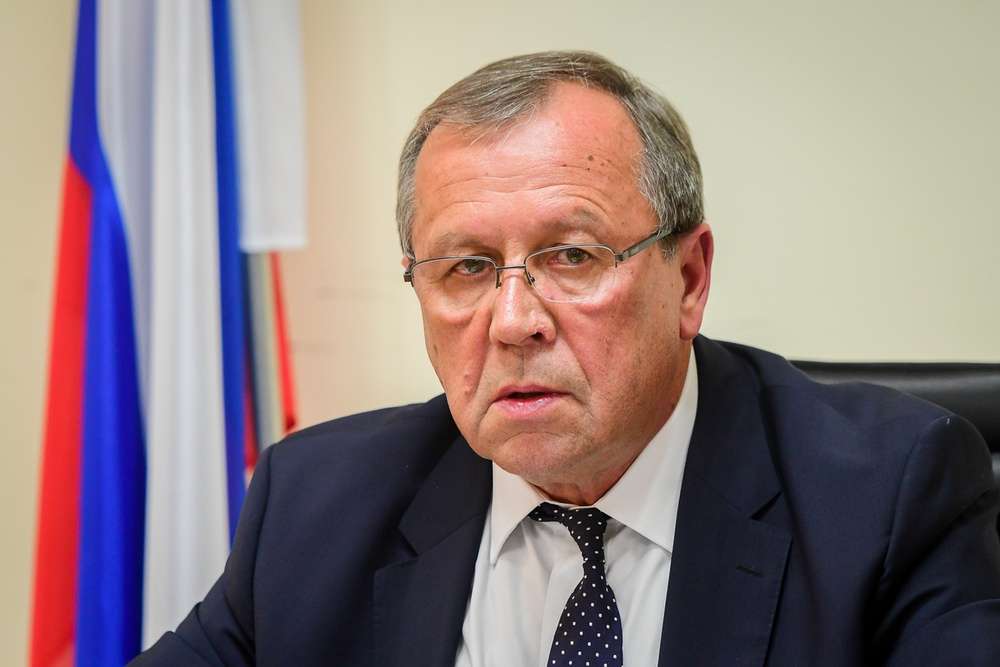 Russian Ambassador to Israel Anatoly Viktorov was reportedly angered when Israeli lawmakers took him to task for “crimes against humanity” in Ukraine. Photo: Avshalom Sassoni‎‏/Flash90

Russian Foreign Minister Sergei Lavrov reiterated in an interview earlier this month that his country’s invasion of neighboring Ukraine was justified by the “Nazi forces” operating there.

His interviewer reminded Lavrov that Ukraine’s elected and popular president, Volodymyr Zelensky, is Jewish, thus making it unlikely his country has a strong Nazi element. But the Russian was unimpressed.

“Even Hitler had Jewish blood,” charged Lavrov, adding that “some of the worst antisemites are Jews.”

Israel, which has come under fire for refusing to join Western condemnation of and sanctions against Russia, could finally take no more.

“This is an unforgivable and scandalous comment, a terrible historical error and we expect an apology,” said Foreign Minister Yair Lapid. “Hitler was not of Jewish origin and the Jews did not murder themselves in the Holocaust. The lowest form of racism against Jews is blaming the Jews themselves for antisemitism.”

Lapid added that Jerusalem is “making every effort to maintain good relations with Russia, but there is a line, and this time the line has been crossed. The Russian government must apologize to us and to the Jewish people.”

But rather than apologize, the Kremlin doubled down on Lavrov’s slander.

The Russian Foreign Ministry went on to accuse Israel of “anti-historical statements” that “explain why the current Israeli government supports the neo-Nazi regime in Kyiv.”

The statement noted that some Jews collaborated with the Nazis during the Holocaust, and suggested that Zelensky now does the same.

Clearly an apology is not forthcoming. And talk in Jerusalem now suggests the Jewish state will take a more overt stance in support of Ukraine. 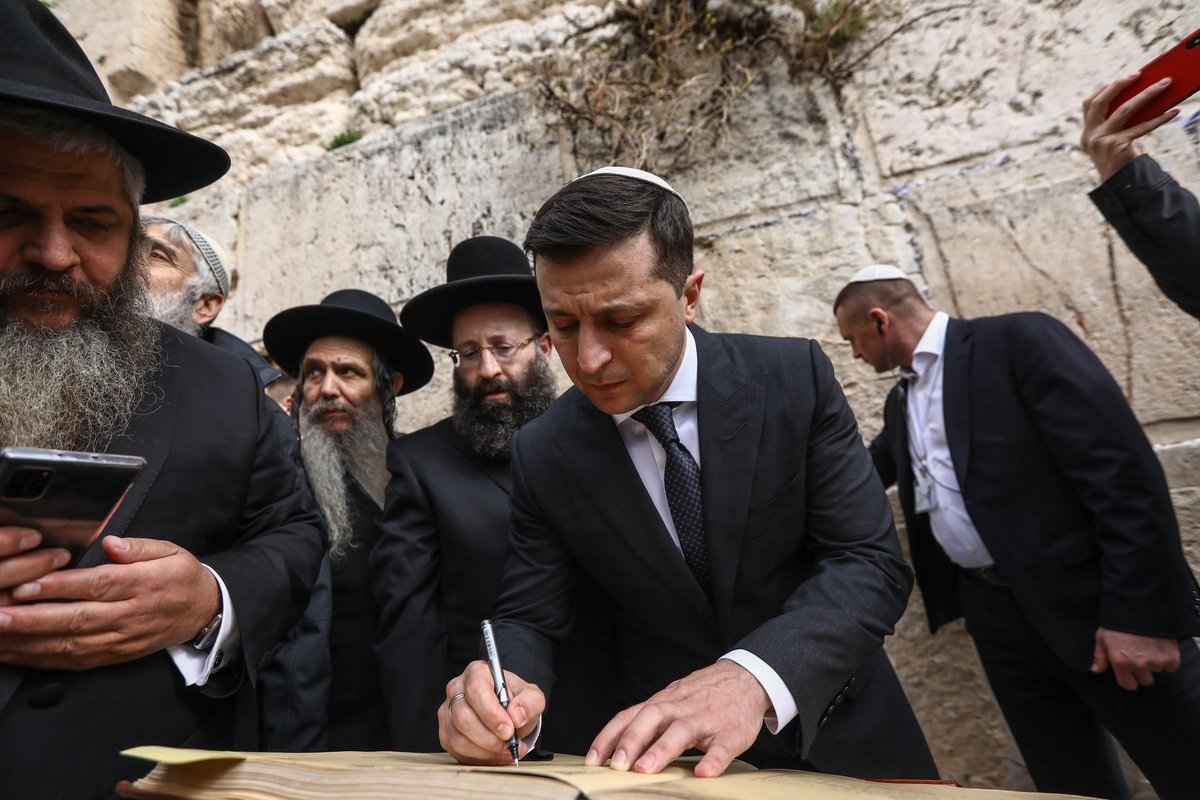 Israel believed that given its good relations with both countries, it could play a pivotal role in mediating a ceasefire between Russia and Ukraine.

But there were two other important reasons for its semi-neutrality:

Regarding that second point, Moscow is now effectively using the threat of antisemitism as leverage against Israel. By suggesting that Jews are the worst antisemites, and charging the Jewish state with supporting alleged Nazis, the Kremlin could quickly open the flood gates to a new wave of antisemitic violence in Russia.

On its own, Israel would still have taken a measured approach. But with its powerful Western allies already locking horns with Putin’s Russia, the Jewish state could make a more emboldened response. 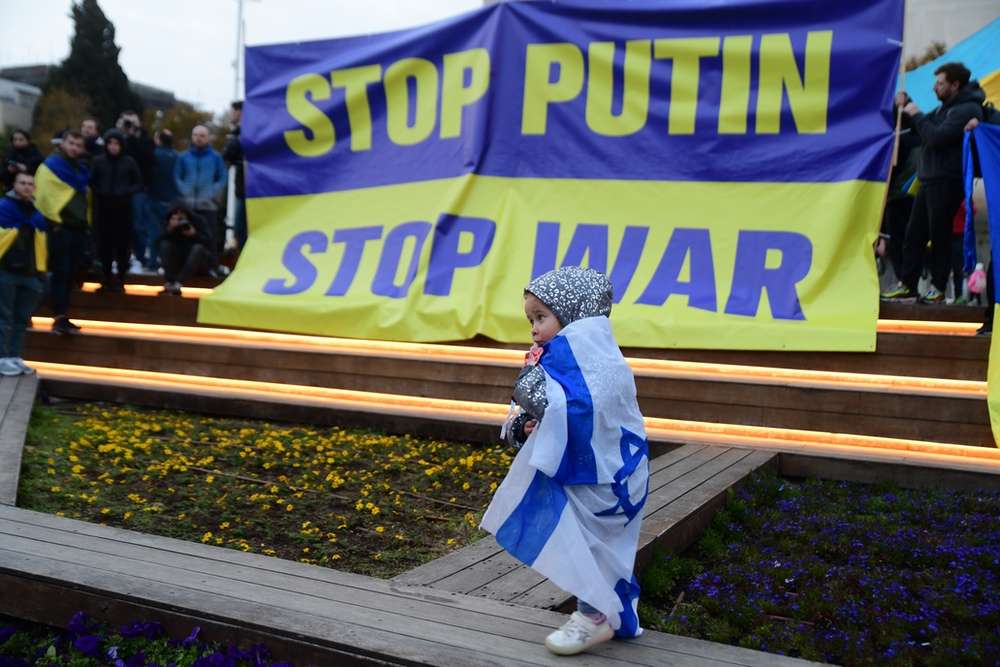 Israel could take a more overt stance in support of Ukraine in response to Russia’s outrageous remarks on Hitler and antisemitism. Photo: Avshalom Sassoni/Flash90

The rise of Gog

Russia has long been seen by modern Bible-believers as the apocalyptic force known as “Gog” that will one day come against the Land of Israel.

This interpretation was bolstered earlier this year when Russia invaded Ukraine, brought Europe to the brink of World War III, and made unusual overtures in seeking an alliance with China.

See: Are Russia and China the New Gog and Magog?

Even so, up until last month it was difficult to see Russia actually invading Israel considering the generally pragmatic, if not warm relations between the two. But after these recent escalations, anything seems possible.